Not every game gets its due. Like Beyond Good and Evil before it, ODDWORLD: STRANGER’S WRATH is one of those games from the early 2000s that’s heralded as a misunderstood classic that didn’t quite sell respective to its quality and ingenuity. And that’s where HD remasters, or in this case, Switch ports come in to show people what they’ve missed or an archaic gem of the past. Stranger’s Wrath is more in the former camp than the latter, as it isn’t the most robust version of the underappreciated shooter but it’s still a fantastic representation of it.

Switch ports don’t always get the luxury of fantastic representations. Many of them struggle to achieve parity at best and straight up chug at the worst. Technically, Stranger’s Wrath is relatively solid with some caveats here and there. 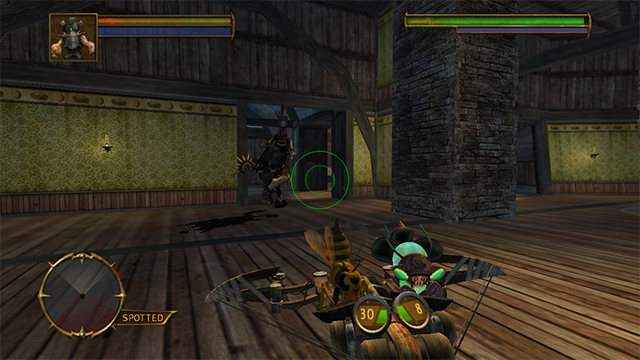 It mostly runs at 60 frames per second and doesn’t slow down much outside of the vast entrance to Mongo Valley where the game opens up. There’s also a slight bit of pop-in around some of the greenery, but the game looks and runs well almost all of the time. Crisp, uprezzed visuals look nice because of their solid art direction and doesn’t look too far off from the HD remaster that hit the last generation of consoles. The Switch version even boasts drastically reduced load times, which is a refreshing rarity for the handheld.

However, the platform holds back the controls more than any other aspect as the Switch’s stubby nubs make aiming more tedious than it should be. Lacking any sort of sticky aim leads to a lot of missed shots and can easily get you killed. A good bounty hunter never blames their tools, but the imprecise nature of the Joy-Cons makes it hard to get the job done. Jerky aiming plagues the game, but it’s still a well-done port for the most part. 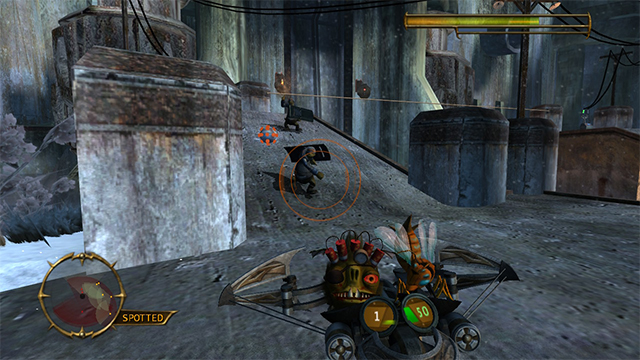 This is a solid translation to the platform, but the effort was also aided by its noteworthy foundation that thrives because of its unique setup. Stranger’s Wrath is a third-person action game and also a first-person shooter without the violence typically associated with the genre. Ammunition isn’t looted off corpses but hunted in the wild because your bullets are alive critters you fire for different effects.

Spherical, shelled slugs act as heavy, well, slugs that push enemies back while skunks immobilize most foes and chipmunks can lure them around. Your crossbow can have two loaded at a single time, meaning you can mix and match as you please. While not every ammo type is as useful as others and some could use a buff or two, having to hunt down your ammo and balance how you’ll use your arsenal makes for a decent central hook to tie the gameplay around. First-person shooting obviously isn’t new but Stranger’s Wrath, through its presentation, changes how you shoot and turns it in a novel experience.

It’s fitting that you use the ammo that you have hunted to hunt for your bounties. Most of the game revolves around bagging and tagging small bounties before you face off with the gold prize: their boss. The levels leading up to those battles are fairly standard and don’t usually introduce interesting mechanics, but finishing off each stage with a climactic boss fight fits the tone and its video game nature.

Like any true bounty hunter, you have the option of taking in these criminals dead or alive, which adds an organic level of difficulty. Blowing them up is easier and faster, but it will only net you about third or so of the cash and the same applies to regular enemies. Upgrades are cheap enough to squander a little bit of the urge to bring in breathing targets as you’ll always have overflowing pockets yet just the mere existence of that option helps add a welcome layer of strategy. 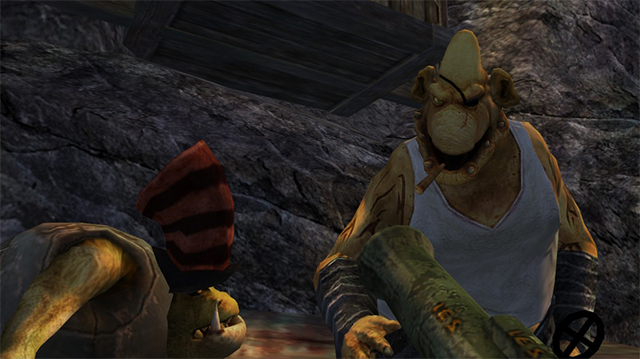 Boss fights also stand out for their humor and that translates to the entire game as well. Stranger’s Wrath earns its T rating through its juvenile comedy that video games don’t normally hone in on. Enemies mock you and each other with high school-level insults in dumb ways that are usually at least worth a chuckle, if not a genuine laugh. It’s not a barrage of cringeworthy punchlines like a Borderlands game either, as its humor lies more in the presentation, tone, and timing over specifically crafted jokes.

Other games like Portal or Double Fine games have more refined comedic sensibilities, but Stranger’s Wrath’s funny bits stick out because of its aforementioned juvenile nature. Video games often either sand off every bit of edge in a boring attempt to appeal to kids or dive headfirst into M-rated swear words and blue language. Stranger’s Wrath splits the difference and it’s refreshing to see a game strike a balance between the two.

But it’s not just all reptile monsters calling each other bastards and flinging burns on each other as Stranger’s Wrath actually tells a decent story. The Stranger’s journey to collect bounties seems like a simple way to justify the gameplay until his motivations start becoming more clear and you learn more about him. It slowly builds and leads up to the last half where the game is flipped on its head while still staying consistent with its first half.

Video games don’t often pull stunts like this and Stranger’s Wrath manages to do it in a way that is both narratively compelling and mechanically refreshing. This part of the story explores themes of identity and, like its protagonist, shows more than it initially lets on. It’s still a 15-year-old video game, so its storytelling chops are a bit dated and don’t quite dig as deeply as they could. But it’s still impressive how it effectively uses what story it does have. 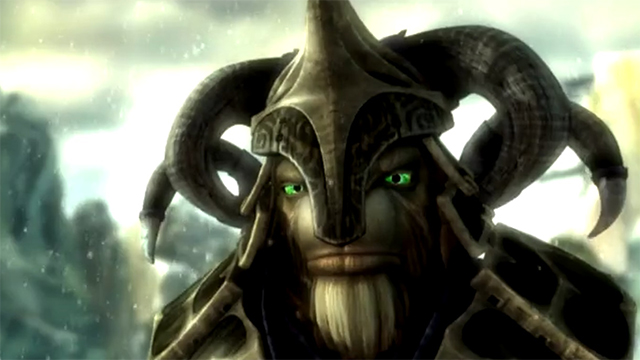 For all of its narrative themes and gameplay tweaks, however, the latter part of the game suffers from poor pacing. Almost every section in the last act is far too long, sucking out a sizable portion of the climactic tension it builds up to. It also turns the game into much more of a straightforward shooter and gets incredibly repetitive as you fight the same enemies over and over with weapons that aren’t as powerful as they should be. While there is a lowkey arc that plays out during these sections, it doesn’t live up to the preceding hours that set this section of the game up.

Some parts of Stranger’s Wrath could use an upgrade. Its actual upgrade system never requires you to pinch your pennies and bring in targets alive, a few of the ammo types don’t work as well as they should, the stealth never seems to work, its ending goes on for too long, and the world could use a bit more life. Yet, true to its name, Oddworld: Stranger’s Wrath is a strange game that still sticks out because of its unusual but fantastic tone. It’s strong enough to deserve a sequel or actual remaster from the ground up but, given the unlikelihood of that, a strong port will have to do.

GameRevolution reviewed Oddworld: Stranger’s Wrath HD on Nintendo Switch with a copy provided by the publisher.

Unique world and premise. Light yet engaging narrative that gradually unfolds as you play. Dialogue balances its juvenile quips and…
Friday

Unique world and premise. Light yet engaging narrative that gradually unfolds as you play. Dialogue balances its juvenile quips and…
February 10

Unique world and premise. Light yet engaging narrative that gradually unfolds as you play. Dialogue balances its juvenile quips and…
February 21

Unique world and premise. Light yet engaging narrative that gradually unfolds as you play. Dialogue balances its juvenile quips and…
February 24

The custom experience.
Tech 4 months ago
9

Things that go "baaaah" in the night.
Games 6 months ago
8