Final Fantasy VII Remake Review | Not a cloud in the sky

Each generation has its defining games, but some titles break past generational greatness to be perenially lauded. Final Fantasy VII sits among the pantheon of true video gaming legends like Super Mario Bros., Halo, and Zelda: Ocarina of Time. FF7 is a game that people have an almost holy attachment to, and when Square Enix announced a remake in 2015, video game fans everywhere went wild.

Producing a remake of a beloved game is a tall order. To put it bluntly, Final Fantasy VII isn’t Call of Duty. A bad remake of such a huge game (both in scope and in popularity) isn’t something you can come back from in a year. With the herculean effort needed to bring the intricate world of FF7 into a modern gaming framework, the future of Square Enix likely hangs on whether this remake succeeds or fails.

With so much on the line, it’s impressive that Square Enix took Final Fantasy VII Remake in the direction it did. I don’t intend to spoil anything for anyone, but rest assured, it took a lot of guts to make this game. 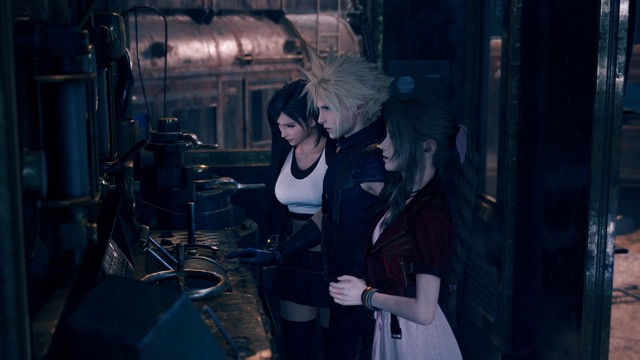 More than likely, you already know the story of Final Fantasy VII. A mercenary joins forces with an eco-terrorist group called Avalanche to strike at a massive corporation called Shinra that is destroying the planet by exploiting a resource called Mako to generate power. Of course, that relatively simple premise ends up ballooning into a massive, globe-spanning adventure, but for Final Fantasy VII Remake, you just have to worry about the initial part of the story.

Final Fantasy VII Remake is the first episode in a series of games that will re-examine the classic story we all know and love. It takes place entirely in Midgar and follows Avalanche as they attempt to weaken Shinra’s iron grip on the planet. Fans of the original will be glad to know that FF7 Remake is faithful to the source material throughout Midgar. There’s no cut content here or drastic changes in how events play out. However, almost every aspect of the story in Midgar has been expanded in some way.

One of the aspects of Final Fantasy VII Remake that fans are going to love is how far it goes to flesh out the world. In the original game, you could finish Midgar and be on the world map in 4-6 hours. In the remake, that’s been expanded to 30-40 hours. You may think to yourself that the new material has to be padding to add that much time, but it’s not at all.

For example, some of the added content fleshes out Biggs, Wedge, and Jessie’s stories. In the original, these Avalanche members were treated as close compatriots of Barret and Tifa, but we never really got to learn about them outside of the bombing missions, and nary a word was mentioned about them post-Midgar. This time around, you get to know all three of them, their pasts, motivations, and aspirations. Just getting to know these three characters more adds a ton to the game, and that’s only the tip of the iceberg.

Some purists won’t be happy with a few of the changes in the game, though. Some events play out a bit differently than they do in the original, and some minor characters have been slightly altered while new ones have been introduced. I felt these changes and additions came out well, and added some exciting new facets to FF7‘s lore, but some people are going to be livid. 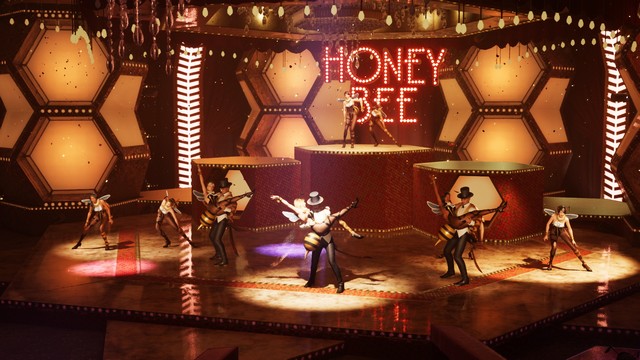 Environmental design in FF7 Remake is some of the most impressive I’ve ever seen. If you’ve played the original, you’ll know that there wasn’t a ton the devs had to work with. Those pre-rendered backgrounds are still charming today, but they’re only one static view of an area that must now be rendered in 3D. Somehow, though, Square managed to completely realize Midgar while still retaining the design language of the original game.

The thing players will likely notice most about their time through Final Fantasy VII Remake‘s Midgar is scale. It’s shocking how much our imaginations filled in the blanks with Midgar back in 1997. Looking back, the static backgrounds of the original game did a poor job of driving home just how vast Midgar is. Now, though, when you walk through the Sector 7 slums, it’s immediately apparent how many people live their lives in squalor under Shinra’s boot, and you can look up and see just how oppressive the plate feels.

Surprisingly, Square Enix didn’t reuse a lot of models and textures over and over throughout Midgar to pad out the environment. Each area in Midgar has its own architectural design and aesthetic, so even the Sector 5 Slums and Sector 7 Slums feel vastly different. It would have been easy for the devs to copy and paste the same shack 100 times and say, “welp, there’s the slums done,” but they went above and beyond to give each part of Midgar its own sense of individuality.

It’s incredible to see places you walked by so many times in the original FF7 in 3D. Even little spots like the automated item shop in Wall Market with the malfunctioning machine gun are there for you to see. I didn’t notice a single removed location throughout my playthrough, though some areas have been rearranged to accommodate new buildings.

Unfortunately, Final Fantasy VII Remake is the game that finally makes the PS4 look long in the tooth. Try as it might, even the PS4 Pro can’t keep up with the massive amount of textures the game throws at it. Most of the time, the game is gorgeous, but sometimes the PS4 has issues with switching from low-res to high-res textures when you get close to objects. A day-one patch might fix this issue, but I imagine it’s at least partially a hardware problem at this point.

Final Fantasy VII Remake Review | Those chosen by the planet 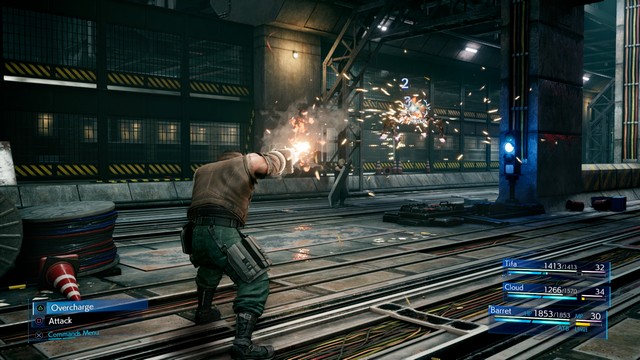 Final Fantasy VII Remake moves to a real-time combat system that goes into slow-mo when you issue commands. You control one character at a time, but can give orders to up to two others while fighting, and you can switch between them at any time.

I found fighting in Final Fantasy VII Remake to be the best in the series to date. It manages to blend the aggressiveness of Final Fantasy XV with the strategic combat found in turn-based games. It’s action-packed while still giving you the chance to slow down, assess your enemy’s weakness, plan a strategy, and execute it.

New in Final Fantasy VII Remake is the stagger gauge, which is the central concept of the new fighting system. In the original game, the overriding impetus in each fight was to deplete your enemy’s HP to win each battle. In FF7 Remake, you can either try and attack in a way that will consume an enemy’s health as quickly as possible, or focus on filling its stagger gauge to force it into a position where it can’t fight and takes added damage.

Because of the stagger mechanic, the best strategy isn’t necessarily causing the most damage you can anymore. In most fights, the safest and most effective way of eliminating enemies is to concentrate on filling their stagger gauge until they’re vulnerable, then hitting them with an alpha strike of your most powerful attacks.

Each character has their own playstyle in Final Fantasy VII Remake, which doesn’t make their stats their only real differentiator. For example, Cloud is an all-rounder, Tifa is a glass cannon, and Barret is a long-range/tank. This means you’ll want to customize each character’s loadout of equipment and materia to take advantage of their strengths. So, you might give Tifa HP Ups to make up for her lower health and equip her with accessories that add to her strength stat.

The increased differences between each character’s performance in combat add a lot to the fighting system, and I can see it really impacting the game in later episodes when your party is up to its full complement. So far, in the first episode, the game has already made me think a lot more about party composition. This is a notable improvement over encouraging you to plop the two characters you like best and Cloud together and never look back. 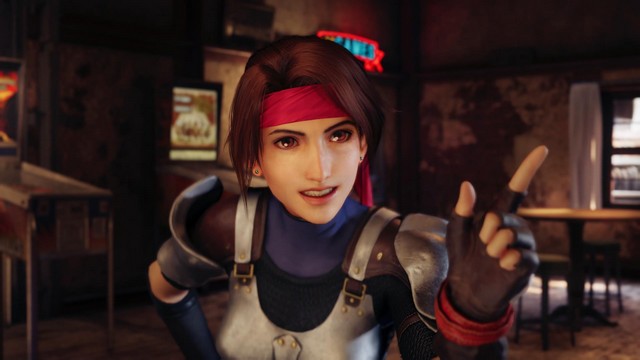 There’s a ton more I’d love to say about Final Fantasy VII Remake, but I don’t want to spoil the experience for anyone. While it may seem like Square Enix mostly played it safe from what I’ve said so far, that’s anywhere but the truth. This remake really stretches the definition of the word by adding an incredible amount of depth to the source material.

The only misgiving I have as a reviewer is that those who haven’t played the original Final Fantasy VII may not get as much out of the experience as a longtime fan. This game is obviously developed for those who have played and love FF7, and I think a lot of the nuance of both the new content and the plot additions will be lost if you’re not familiar with the source material.

I applaud the team behind Final Fantasy VII Remake for not targeting it toward the lowest common denominator and going above and beyond to make the game an experience that will surprise even those who know FF7 backward and forward. It would have been a lot easier to just stick to a 1:1 graphical update of the original game, but Final Fantasy VII Remake is so much more than that. 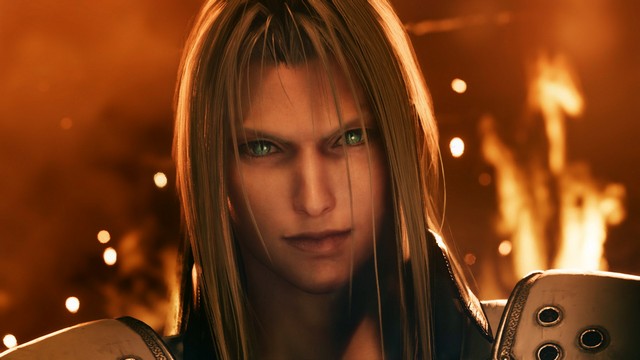 I adored the 40 hours I spent in Midgar, and they passed far too quickly. I can’t wait to see how the second episode of the remake series turns out, and it feels like I’m back in 1997, staring bright-eyed out into the distance at the end of Midgar’s highway.

Square Enix took a gamble with Final Fantasy VII Remake, and not everyone is going to be happy with it. This will likely be a divisive title amongst the fanbase. However, I’m someone who played the original game when it released, and it’s one of my favorite games of all time, and I was absolutely thrilled with this reimagining.

My recommendation is to go into Midgar with an open mind and allow it to wash over you. Final Fantasy VII Remake is a video game experience we only get every once in a while, and it’s one of the best titles I’ve ever had the pleasure of playing.

GameRevolution reviewed Final Fantasy VII Remake on PS4 with a copy provided by the publisher.

An absolutely beautiful reimagining of Midgar. Combat is simple to pick up, but hard to master. Gutsy changes and additions…
Friday

An absolutely beautiful reimagining of Midgar. Combat is simple to pick up, but hard to master. Gutsy changes and additions…
February 10

An absolutely beautiful reimagining of Midgar. Combat is simple to pick up, but hard to master. Gutsy changes and additions…
February 21

An absolutely beautiful reimagining of Midgar. Combat is simple to pick up, but hard to master. Gutsy changes and additions…
February 24

Delving into the FF XVI story.
News 3 months ago

Final Fantasy 7: The First Soldier Server Shut Down Announced Less Than a Year After Launch

If you're not first, you're last.
Games 4 months ago