Microsoft’s next-gen consoles are here, and we had the opportunity to spend around two weeks with the Xbox Series X before writing our review. The Xbox Series X is the premium model of the two new consoles, targeting enthusiasts and those with 4K displays. On paper, the Series X is the most powerful console ever made, and so far, it’s lived up to its moniker well. 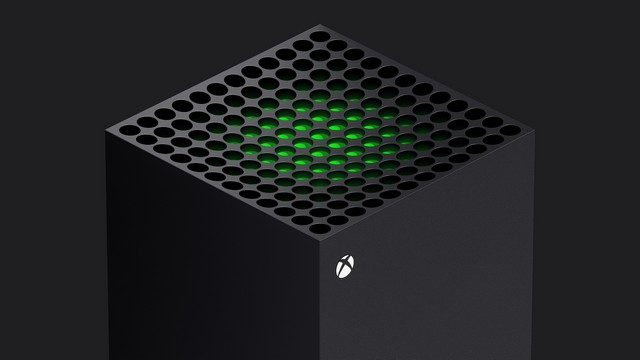 The Xbox is a box. Well, actually, it’s more of a rectangle, but it’s boxy all the same. It’s hard to not look at this console as a monolith, and early impressions made it seem as though it would be a bulky, unwieldy console. However, in person, it’s much less imposing.

How big is the Xbox Series X?

At 15 x 15 x 30cm and 9.8lbs, it’s roughly twice as tall as an Xbox One X. However, it’s around the same width and around half as long. I have a run-of-the-mill entertainment center and had no issues slotting it in to replace my One X.

The console can be placed either horizontally or vertically and is reminiscent of an ITX computer tower. It’s rather plain but functional, and its minimalism is somewhat of a statement in itself. Microsoft has been drifting towards a “form follows function” approach with its console designs for quite some time, and the simple lines of the Series X are a far cry from the chunky plastic of the original Xbox.

Since the dreaded Red Ring of Death marred the reputation of the Xbox 360, Microsoft has done well with its cooling solutions. The Series X’s heavy-duty cooling system gives the console its unique shape, and the entire top (or right side if in the horizontal configuration) is covered in circular cooling vents that serve as the exhaust for the console’s single large fan.

As PC enthusiasts know, larger fans are typically quieter as they can move more air at lower RPMs. This means the Xbox Series X is extremely quiet compared to its predecessors, and I never noticed the ramp-up of the fans that punctuated a particularly performance-intensive scene for both the Xbox One and PS4. 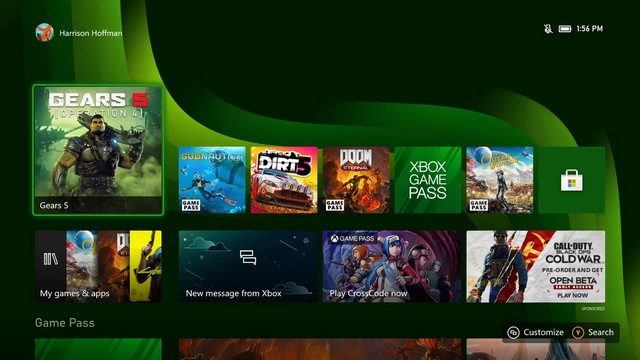 The critical thing to note about the Xbox Series X is that Microsoft sees Xbox as more than a console. The Series X’s UI is exactly the same as the recently released update for Xbox One. The only difference I witnessed during the review is that there’s a section in the game library for games “Optimized for Xbox Series X|S.”

Xbox Series X | S | One as a platform

The lack of a unique UI or console-specific options somewhat takes away from the feeling of newness one usually gets with a new console. However, that’s Microsoft’s intent. To it, Xbox is a platform, and the Series X is the latest machine to allow players access to that platform. That’s why there aren’t any Xbox Series X|S games. Like with the Xbox One X, players can download a version of a game that takes advantage of the Series X’s hardware, but that title will also be available for Xbox One and/or PC via the Xbox platform.

There is one aspect in which the UI is improved on the Series X compared to the Xbox One, even though it’s functionally the same. The Series X’s improved hardware specs and use of an SSD make the UI much more responsive. Everything loads instantly with no lag or pauses. This makes navigation immensely more enjoyable and encourages users to tap into all the different customization options available. 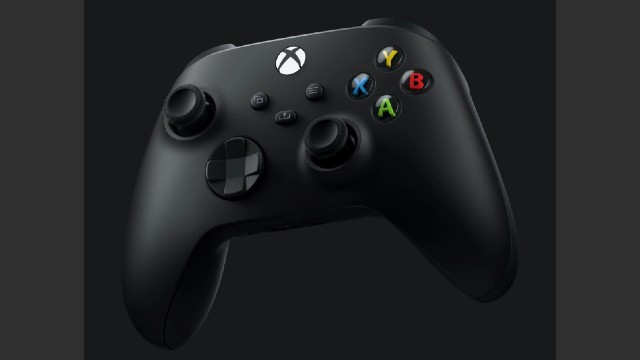 The Xbox One controller is a fan favorite, and the new pad just tweaks the design a bit. With Xbox being oriented more toward being a platform this generation, introducing a complete redesign would have probably been counterproductive. The Xbox Series X is backward compatible with all peripheral designs for the Xbox One, so players don’t even have to use the new controller if they don’t want to.

The flip side of the decision to introduce only minor change to the Xbox Series X|S controller is that there’s no new innovative features. After using the DualSense, I can’t help but be disappointed that Xbox won’t get haptic feedback or adaptive triggers because those features go far beyond the standard rumble that’s available with this controller. 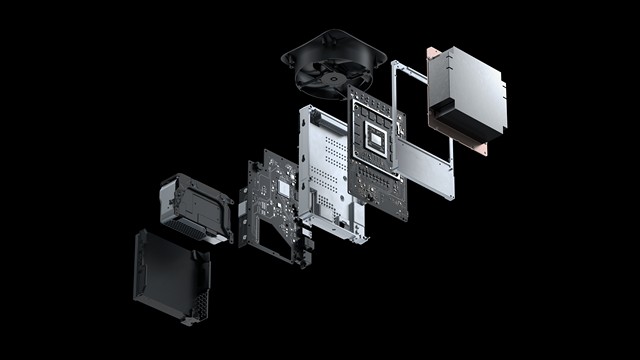 A console’s performance at launch is hard to gauge. On paper, the Series X, compared to the Xbox One X, has a faster CPU, 4GB more of faster RAM, a GPU that’s roughly twice as powerful, and an SSD that’s part of a custom storage architecture.

However, the Xbox Series X|S optimized games debuting alongside the console are cross-gen. So, while textures and general performance are better on the Series X, these games they’ve been developed with the PS4 and Xbox One in mind as well.

The biggest boon to both Xbox Series X|S and backward compatible games I’ve noticed in my time with the Series X comes from the SSD. Load times have been reduced significantly compared to the PS4 and Xbox One. Yakuza: Like a Dragon, for example, loads almost instantly. Because the launch titles are cross-gen, there are still trappings like loading screens, but I anticipate that as more games are developed around SSDs, we’ll see the elimination of those trends.

Users who own an HDMI 2.1 TV will benefit from additional features the Series X provides. Like the Xbox One X before it, the console offers VRR and can now display up to 120fps at 4K. Unfortunately, many buyers won’t be able to take advantage of these features right away, but HDMI 2.1 support gives the console some future-proofing for those who don’t want to upgrade TVs right away.

While the launch titles performed impressively enough on the Series X, I’m really excited for what’s to come. This console is powerful and will start shining once devs start eliminating all the annoying little tics resulting from HDDs being the storage paradigm for the last two console generations. 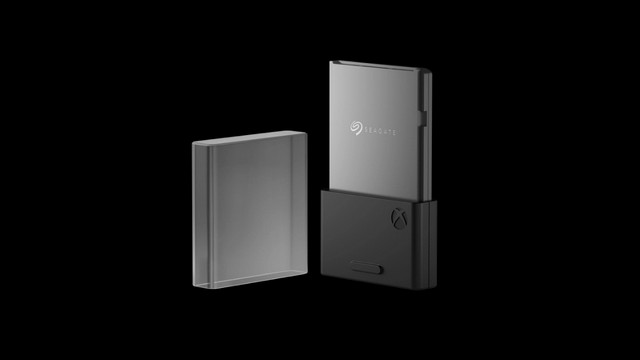 The Xbox Series X comes with an internal 1TB NVMe SSD (compared to the 512GB of the Xbox Series S), of which 802GB is usable for game, app, media, and save storage. This is just a bit more than the 780GB of usable space the Xbox One X came with.

802GB might seem like a lot, but the issue that crops up here is that to get those faster loading times from backward compatible games, they need to be installed on an SSD. Xbox, Xbox 360, and Xbox One games can still be stored on and played from a USB HDD, but loading times will remain roughly the same as they were on the Xbox One.

Fortunately, there is a solution at launch to expand internal storage. The Seagate Storage Expansion Card for Xbox Series X|S can be purchased at launch and offers another 1TB of storage that the console’s Velocity Architecture has direct access to. So, it works just as well as the SSD that comes pre-installed.

I’m not a huge fan of proprietary storage, but at $219.99, the expansion card is actually less expensive than comparable m.2 PCIe 4.0 drives are currently. It’s also much easier to install than an m.2 drive as users just have to slide it into a slot at the rear of the console. It’s a user-friendly design and will be welcome to those who don’t feel comfortable performing any sort of disassembly on their console to increase the storage space.

The Xbox Series X feels like an upgraded Xbox One X. That’s not necessarily a bad thing, though. Microsoft’s desire to see Xbox as a platform instead of just a console is coming to fruition. The Series X is one of many ways to enjoy that platform. The UI and functionality will be immediately familiar to anyone that has used an Xbox One and is more of a continuation than a new beginning.

However, the Series X does have the horsepower to impress. It’s the most powerful console on the market spec-wise, and the decreased loading times that the SSD provides will be worth the price of the console to gaming enthusiasts. It’s an understated console that proves to be tremendously exciting upon closer inspection.

Improbable, but not impossible.
Games 23 hours ago

"First gas stoves, now they're gunning for your Xbox."
News 2 days ago

Well, we weren't expecting that!
News 3 days ago