Combining GTA 3, Vice City, and San Andreas into some sort of video game Megazord seems like an easy win for publisher Rockstar Games. When it comes to remastering classics, nostalgia can carry a lot of the burden, but not even my fond memories of sneaking off to play GTA 3 at my mate’s house can shoulder the weight of this mess. 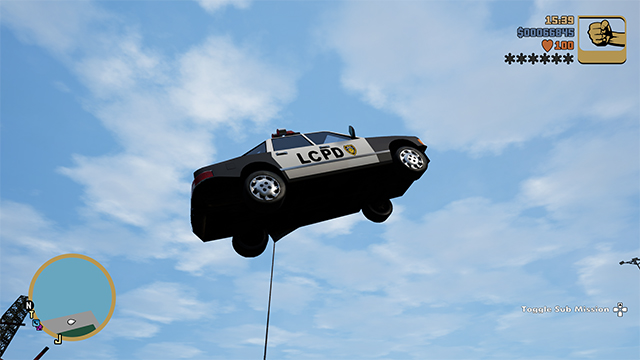 My first experience of the GTA Trilogy Definitive Edition was on Nintendo Switch. I’ve grown very fond of the portable nature of the Switch, even if it means taking a hit on visual fidelity. Unfortunately, it’s not just the visuals that are bad on this platform, but the performance is awful, too. The game hitched whenever I drove above running speed, making car chases and other high-speed shenanigans extremely sluggish. Cars would also pop in randomly, appearing in front of me and causing me to crash. 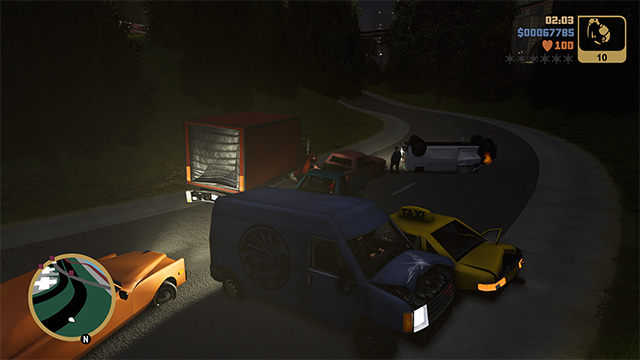 These issues happened across all three of the included titles, with GTA 3 performing the worst. San Andreas faired a bit better, despite its more developed open world, but it was plagued with more bugs and glitches. After I had fallen through the map for the third time, I gave up and sought access to the PS5 version. Surely the newest generation of consoles would save me? 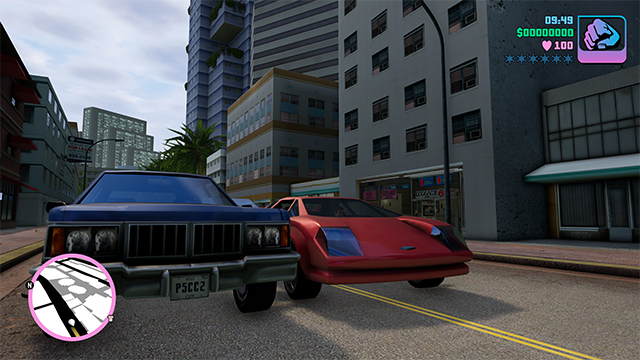 At the very least, the PS5 version allowed me to play through all three games. It’s much more stable than the Switch version, as one would expect given the significantly superior hardware. However, the GTA Trilogy Definitive Edition on the current-gen is far from hiccup-free.

The first issue I faced stemmed from the two performance options. While the GTA Trilogy has been spruced up, it doesn’t look that high-fidelity, and so I was surprised to see a choice between Performance or Quality. Performance targets 60 FPS at the cost of some graphical flair while Quality cuts the frame rate in half for the sake of some extra eye candy. I went with the option that got me closest to 60 FPS, which is unfortunately not stable on PS5. There are regular dips that are very perceivable during gameplay. 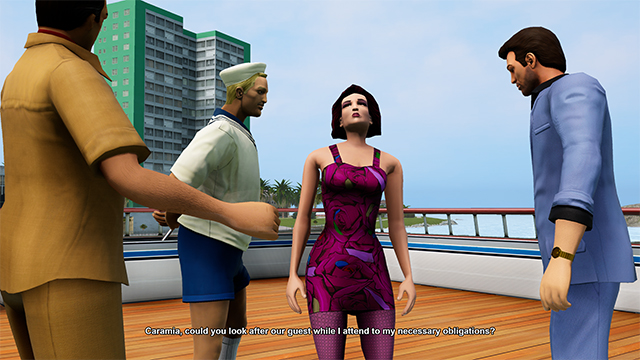 Thankfully, while the journey was plagued with inconsistent frame rates, I didn’t experience any other issues on PS5. It’s clear from the clips that I’ve seen going viral on social media that I’m one of the lucky ones, but the PS5 version of this game with all updates installed was, at the very least, playable for me. 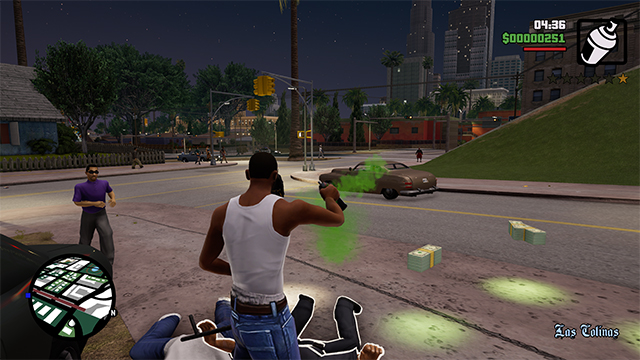 Even with the relative stability of the PS5 version, the GTA Trilogy Definitive Edition left me disappointed. I had an open mind and had taken my rose-tinted glasses off, but the change in presentation causes a real shift in tone for all three games. I’d say Vice City remains the truest to the original, but GTA 3’s grunginess has been muted and San Andreas has lost its warm West Coast charm. 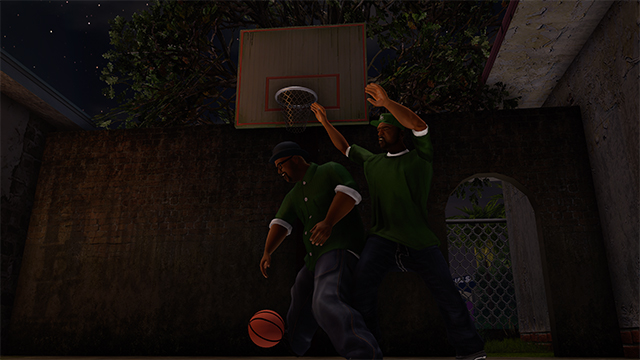 While they both feature the same missions as the original games, both GTA 3 and Vice City haven’t aged well. Missions are very simple and there’s no real challenge. They’re good for the nostalgia trip, but I’d much prefer to have seen the three games sold separately, rather than sold as a bundle for the higher price tag. San Andreas on its own would get my hearty recommendation, provided the performance issues get ironed out, as the depth of gameplay still holds up. 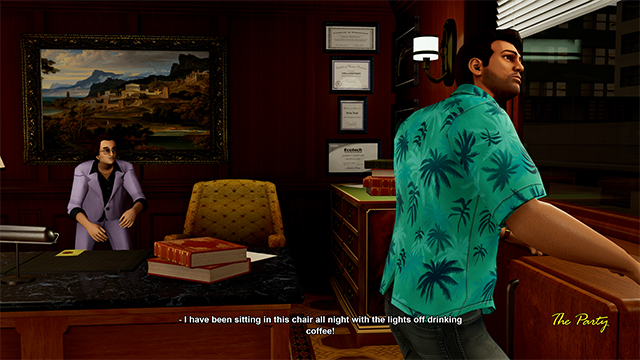 Grand Theft Auto: The Trilogy – The Definitive Edition can be tolerable on the right system. Both PS5 and Xbox Series X offer users the best chance of brute-forcing past the performance barriers but, even then, occasional bugs and glitches can occur. Fun can be had on those current-gen systems, especially by those with some sentimental attachment to the original trilogy, but there’s still likely to be moments of frustration.

When it comes to the Nintendo Switch version, as enjoyable as a portable version could be, the experience is heavily compromised and I can’t recommend players drop serious cash on this product. For those without a new generation console, I say wait and monitor the reception of potential future patches. It’s going to take a lot of updates to make this “Definitive Edition” actually feel definitive. In the meantime, replay GTA 5 or, better yet, go enjoy Sleeping Dogs.

Grand Theft Auto: The Trilogy – The Definitive Edition was reviewed on PS5 and Nintendo Switch with code provided by the publisher.

Nostalgia can be squeezed out of it. San Andreas is still great. PS5 and Xbox Series performance is tolerable. Models…
Friday

Nostalgia can be squeezed out of it. San Andreas is still great. PS5 and Xbox Series performance is tolerable. Models…
February 10

Nostalgia can be squeezed out of it. San Andreas is still great. PS5 and Xbox Series performance is tolerable. Models…
February 21

Nostalgia can be squeezed out of it. San Andreas is still great. PS5 and Xbox Series performance is tolerable. Models…
February 24

But how long will they take?
News 2 months ago
8

Check out these abominations.
Originals 4 months ago