Anthem Early Access may have stoked the fires of controversy earlier this year, yet I’m sure you still want to know how to play Anthem before release on February 22. You can, in fact, play it a whole week early on February 15, providing you meet some conditions and put your hand in your pocket. Here’s everything you need to know about Anthem Early Access, including when you can play Anthem on Origin Premiere, and on Xbox One via EA Access, and if you can play Anthem early on PS4.

How to play Anthem before release 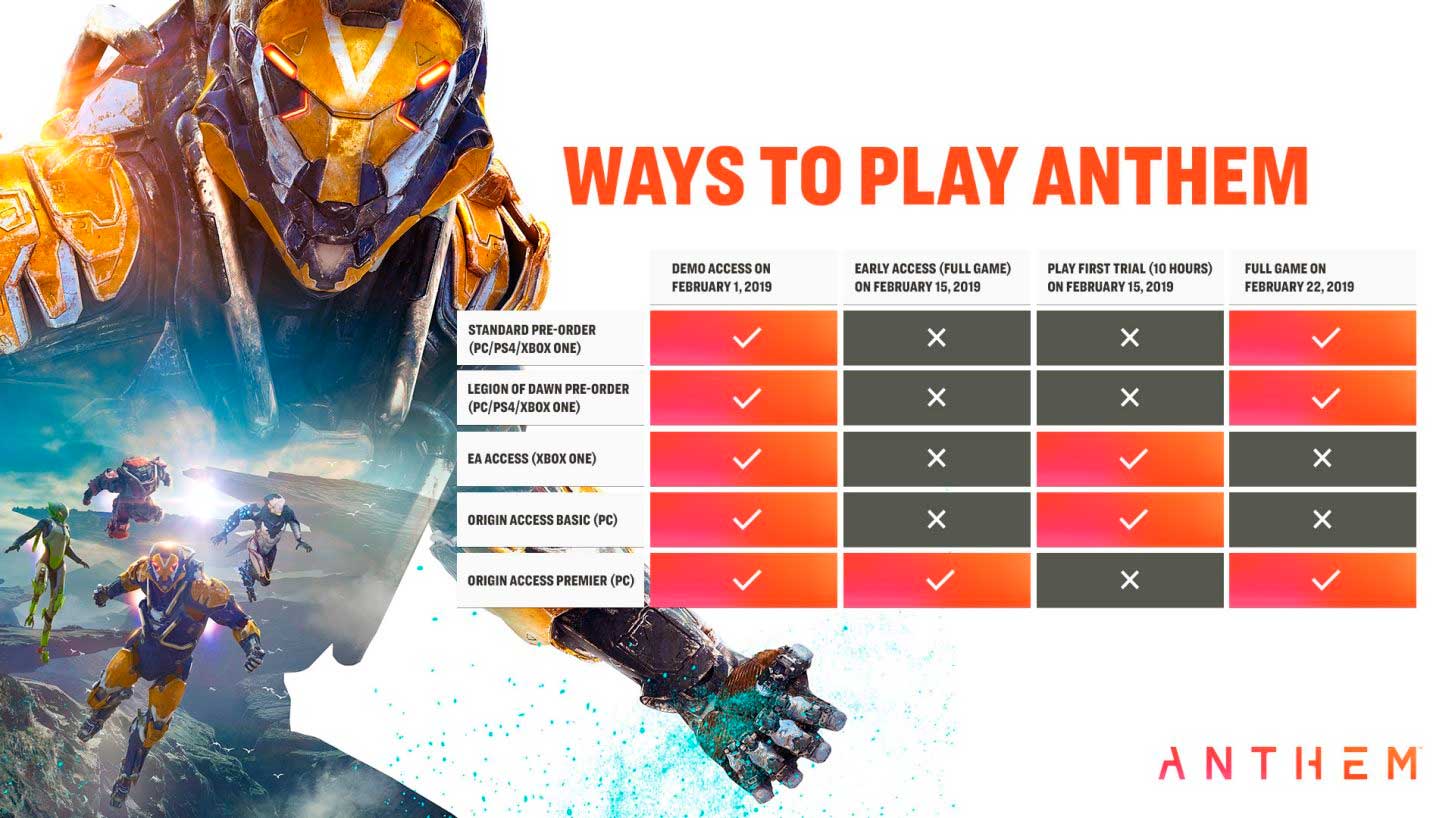 As the chart above shows, there is only one way to play the full version of Anthem in Early Access, and that’s to sign up to Origin Access Premier. You’ll be able to play the full game from February 15 at 10 AM Eastern. That’s 7 AM Pacific and 3 PM GMT.

You can also partake in a 10-hour “Play First” trial on both Xbox One and PC through the EA Access and Origin Access Basic programs. Both are set to go live on February 15.

EA Access provides a Vault for the majority of EA games available on Xbox One. An active subscription also lets you play the latest releases ahead of time for 10 hours. In this instance, you get Anthem a whole week early. A year costs $29.99, while you can also choose to pay $4.99 a month.

Lacking the ability to play full games early, as well as the 10 percent discount for EA games, Origin Access Basic will set you back $3.99 a month or $24.99 a year.

As of writing, there is no way to play Anthem early on PS4, due to its lack of functionality for both EA Access and Origin Access, which are exclusive to Xbox One and PC.

Is there an Anthem preload option?

Yes! But only with Origin Premier. You can preload Anthem at any time before release so you’ll be ready to go on February 15.