The next season of Fortnite is here and we’ve got a list of all Fortnite Season 9 map changes! Following the rampant destruction caused by Season 8’s volcano, the mysterious gremlins that build Fortnite’s map have come to life and repaired much of the damage. There’s a little more to the new buildings than just a fresh coat of paint! 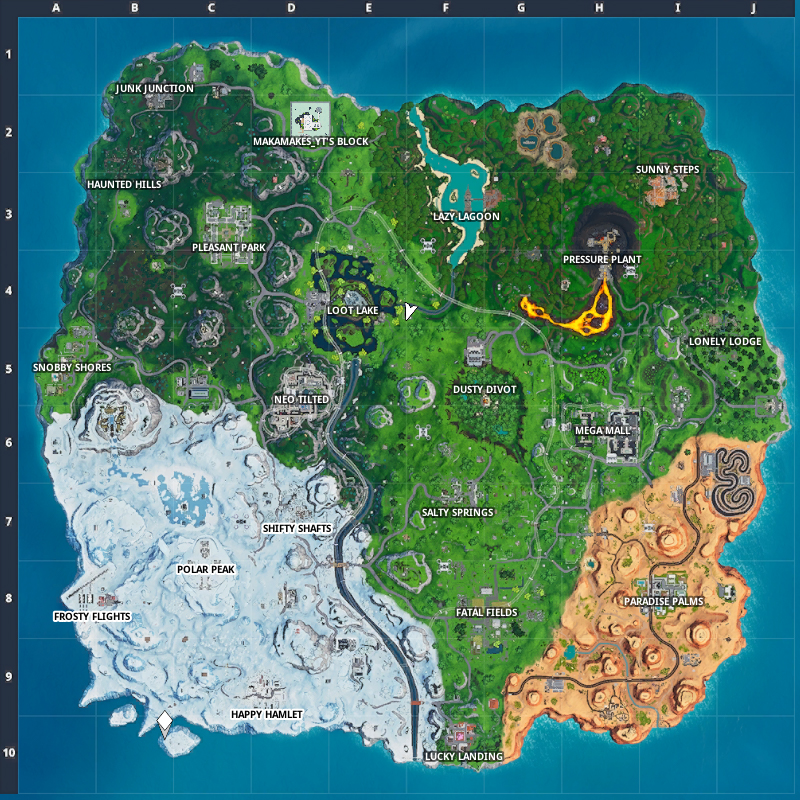 The Fortnite Season 9 map has some pretty obvious changes at a glance. One of the biggest differences is the big chunk of the map missing thanks to the volcano explosion. The Pressure Plant has since supplanted the volcano from Season 8.

Some of the game’s biggest locations like the beloved Titled Towers have had a major overhaul. Most of these changes are focused in the center of the map. The southeastern and southwestern portions appear to not have much in the way of major changes for Fortnite Season 9. 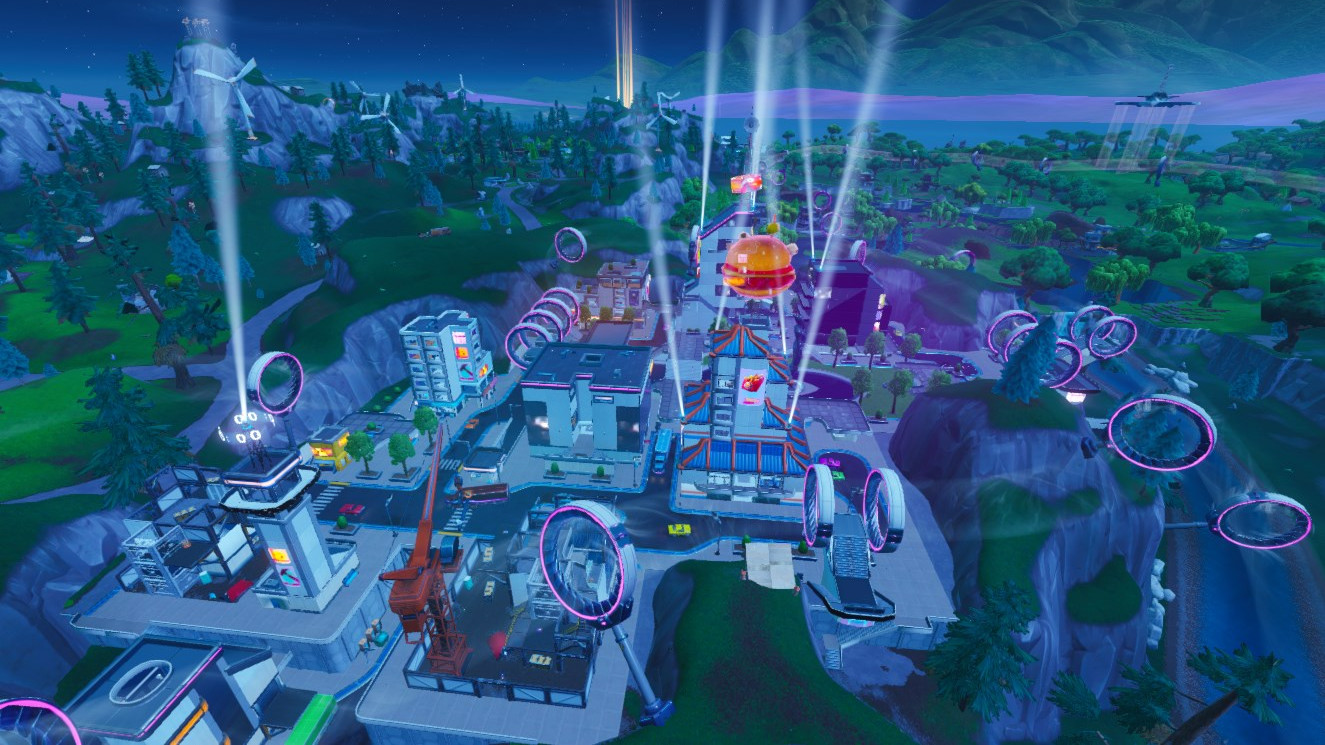 Tilted Towers was one of the iconic locations on the Fortnite Battle Royale map that got absolutely shreked after the volcano blew its top in the climax of Season 8. Not only has one of the game’s best spots been rebuilt — it’s been completely overhauled.

The first and most obvious change is actually on the Fortnite Season 9 map: Tilted Towers is now called Neo Tilted. The futuristic name has a matching aesthetic, too! The buildings are now clad in a futuristic mix of purple lights and greyish metal. Although the outward appearance of the buildings has changed, the layout is more or less the same as it once was. 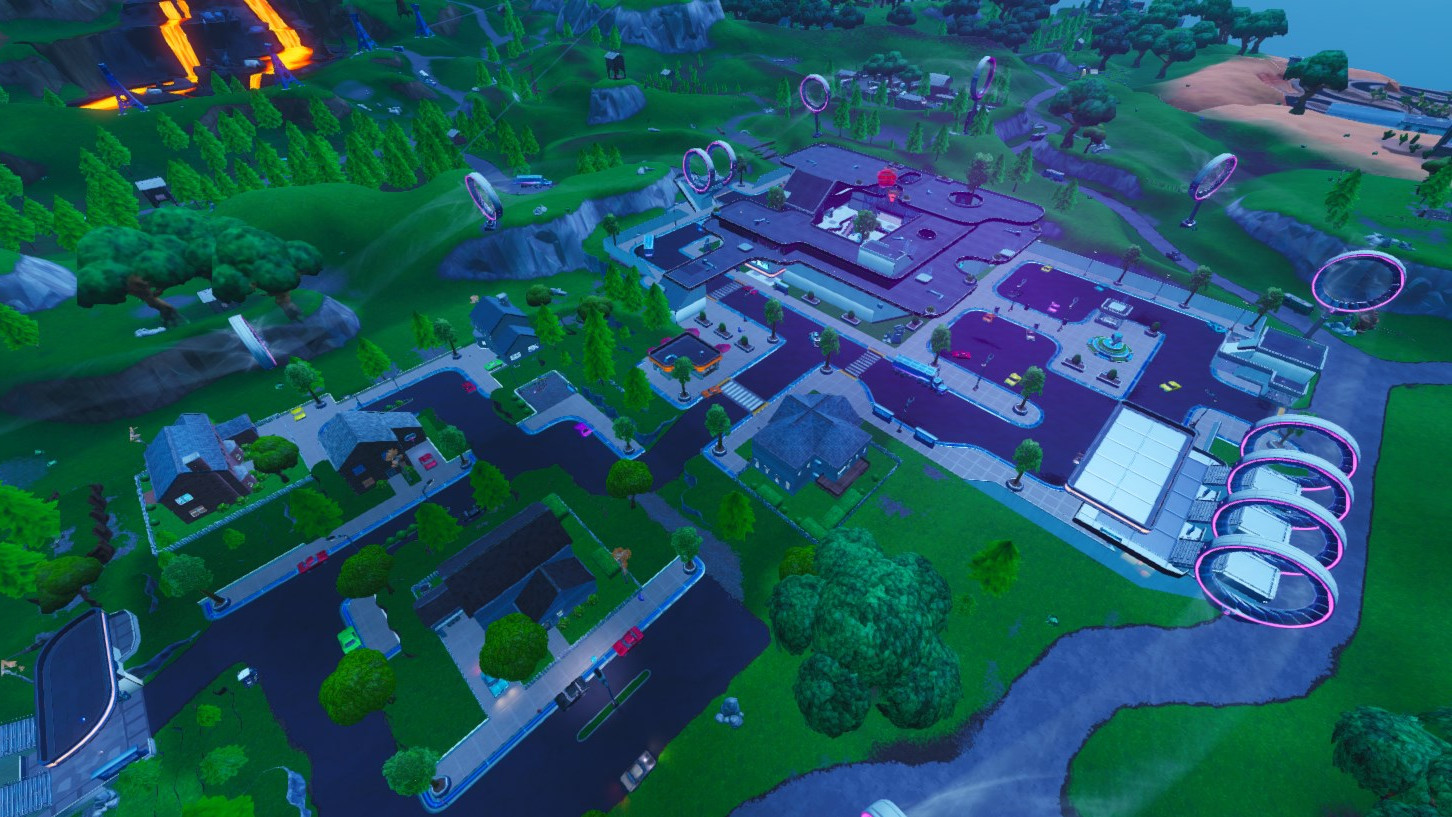 Retail Row was another major location destroyed alongside Tilted Towers when the Season 8 volcano exploded. It seems like the island’s economy is booming as Retail Row has been replaced with Mega Mall — a tale that is all too familiar to many small towns around the world. What was once a tiny set of stores has now become a much more modern mall. As with Tilted Towers/Neo Tilted, the aesthetic has also been changed to a more futuristic look. 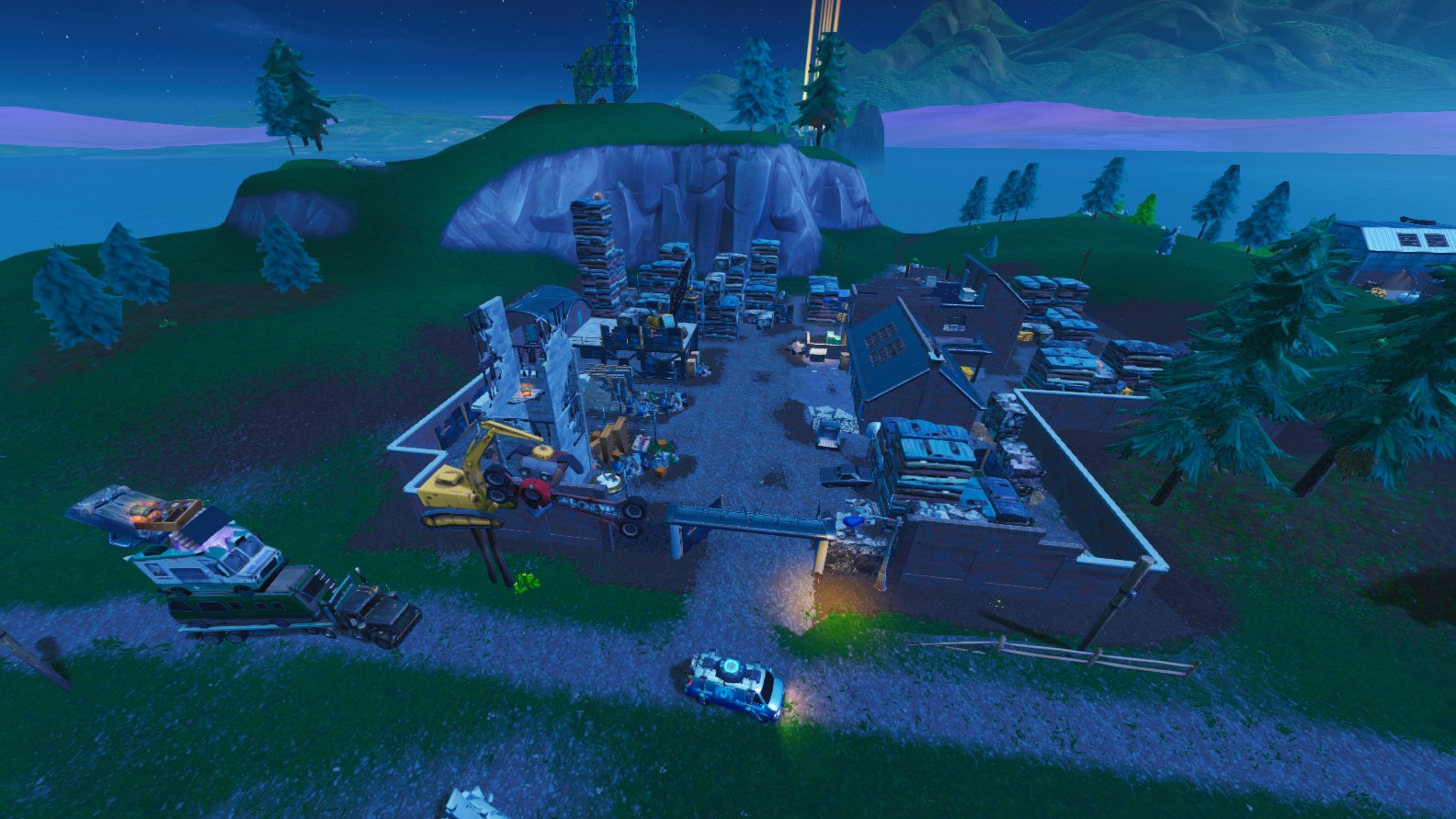 Not all of Tilted Towers was destroyed! Junk Junction has had some minor changes, the most notable of which is a portion of the old Tilted Towers clock tower resting in the scrapyard. This may be a temporary monument to the past or it could be a sign that we’ll eventually see the restoration of the old style of buildings in a future season. 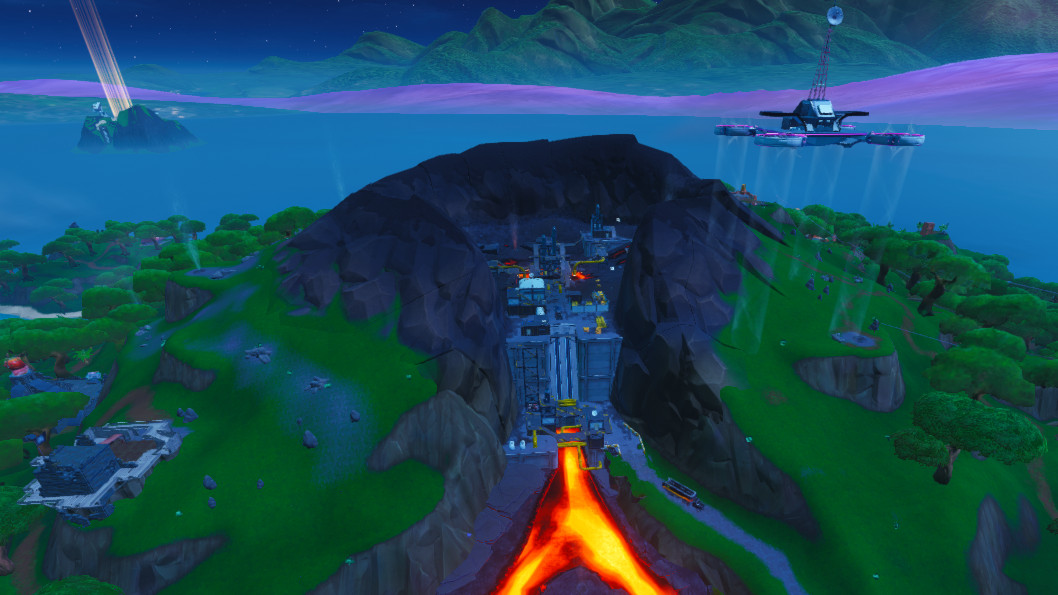 The deadly volcano that destroyed Tilted Towers and Retail Row is now nothing more than a charred crater. That’s not to say that the space has gone to waste, though! The Pressure Plant has been constructed in a crevice. There’s still a bit of lava streaming out the front, so make sure you don’t get burned! 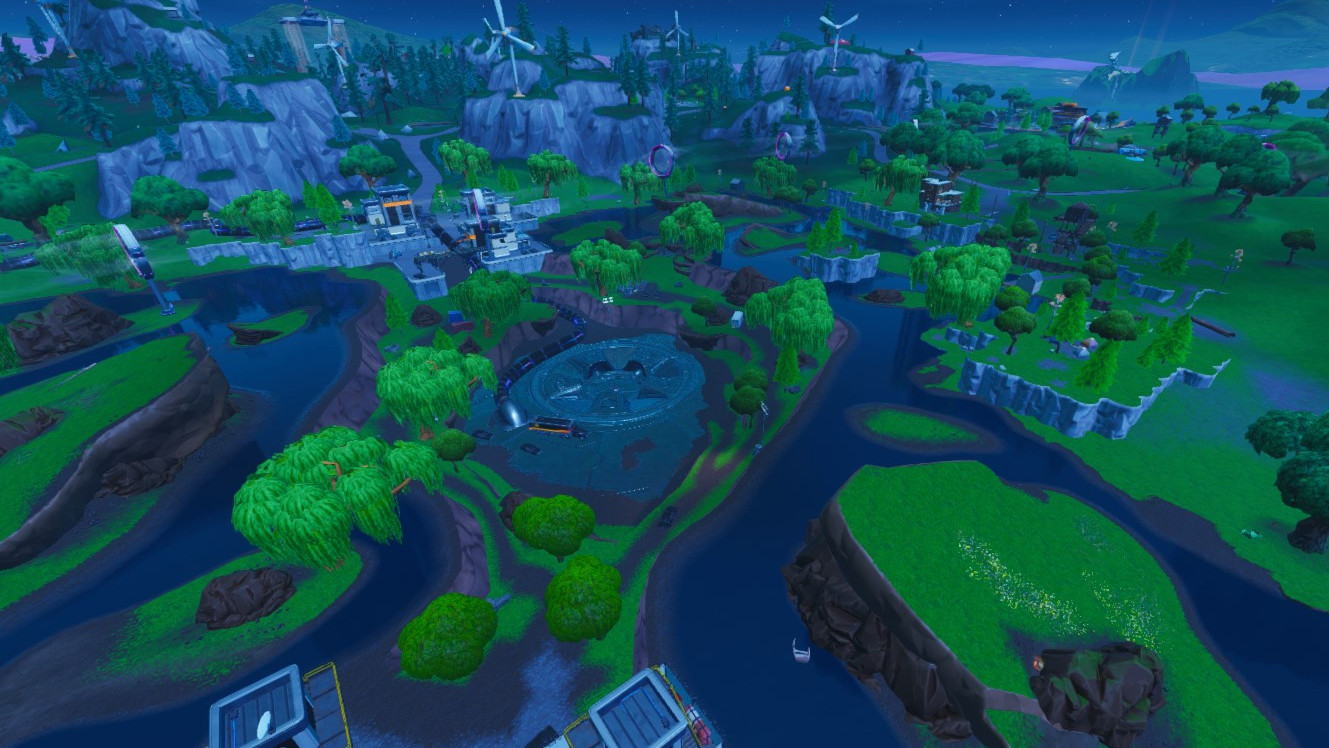 Some plants have begun to grow at Loot Lake. Nothing in the Fortnite map ever truly stays the same, and we may see the location restored to its former glory in a future season. For now, the buildings have had the same futuristic aesthetic applied to them that we see in Neo Tilted and Mega Mall. 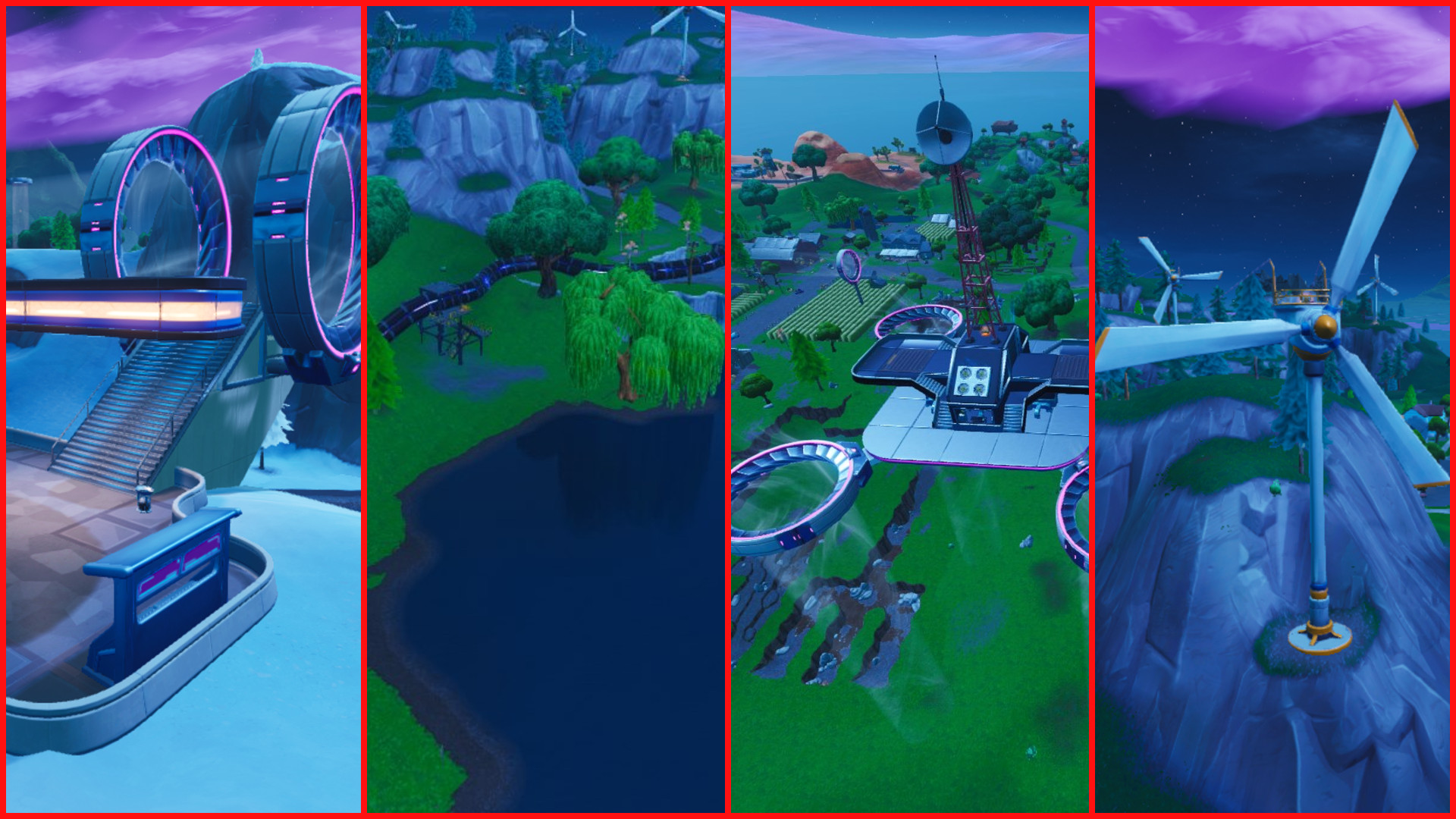 There are now some new ways to get around in Fortnite Season 9 and some brand-new props spread throughout the map! Let’s break down some of these new modes of transport and the sources of power for all those pretty lights.

Slipstreams are a new way to get around the map that have been peppered throughout the map. Hop into one of these turbines and you’ll get launched horizontally at high speeds! Movement has always been an important part of Fortnite Battle Royale and these new Slipstreams should make it a little easier to get some horizontal distance between you and your enemies.

While Slipstreams have horizontal movement covered, Epic Games hasn’t ignored the people who like to get high! A number of Hover Platforms are now floating in the sky, providing a perfect perch for snipers as well as a platform for people who want to get really crazy with their building. It might be a bit difficult to get up there, but they’re sure to make for nice vantage points!

All of this shiny new neon in Neo Tilted and Mega Mall is going to need power and Fortnite is going green! A bunch of wind turbines and power cables have been strewn across the map to power all the pretty lights. 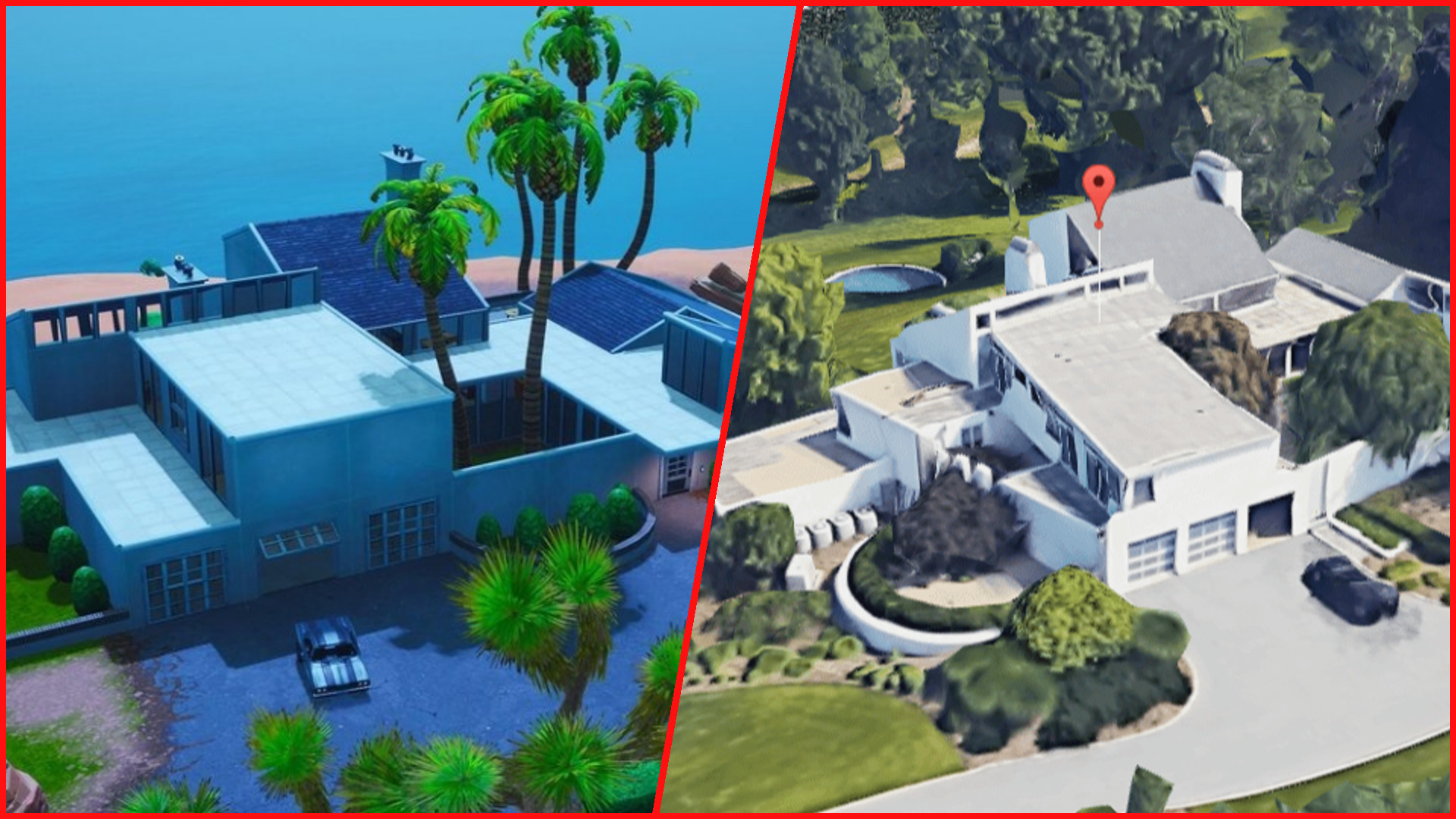 The third  John Wick movie is on its way and a turn-based game set in the universe was just recently announced. Now Mr. Wick is represented in yet another game with the addition of his house to Paradise Palms, replacing Calamity’s house. Ironically, Mr. Wick’s house was blown to bits in the second movie, but it’s been recreated as a structure in a map that was absolutely devastated in the climax of Season 8. 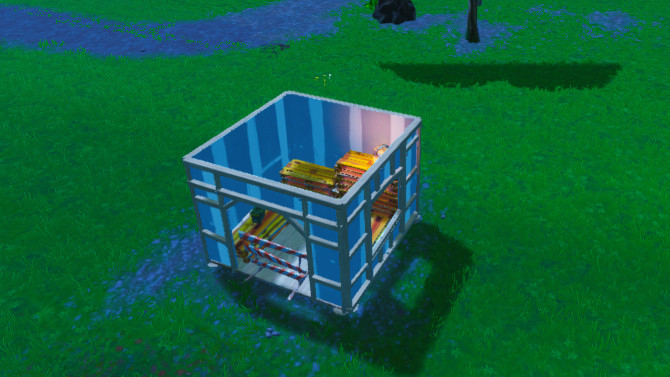 Look, I’m gonna be real for a minute here — I don’t play as much Fortnite Battle Royale as some of the more dedicated folks out there. For some reason, it’s taken months to build a shed out in the middle of nowhere. The shed has progressed just a bit for Season 9. (Considering the pace, this is probably some kind of government contract.) Based on my own construction experience and the rate things are going, I think we can expect this thing to be finished sometime around Season 12. 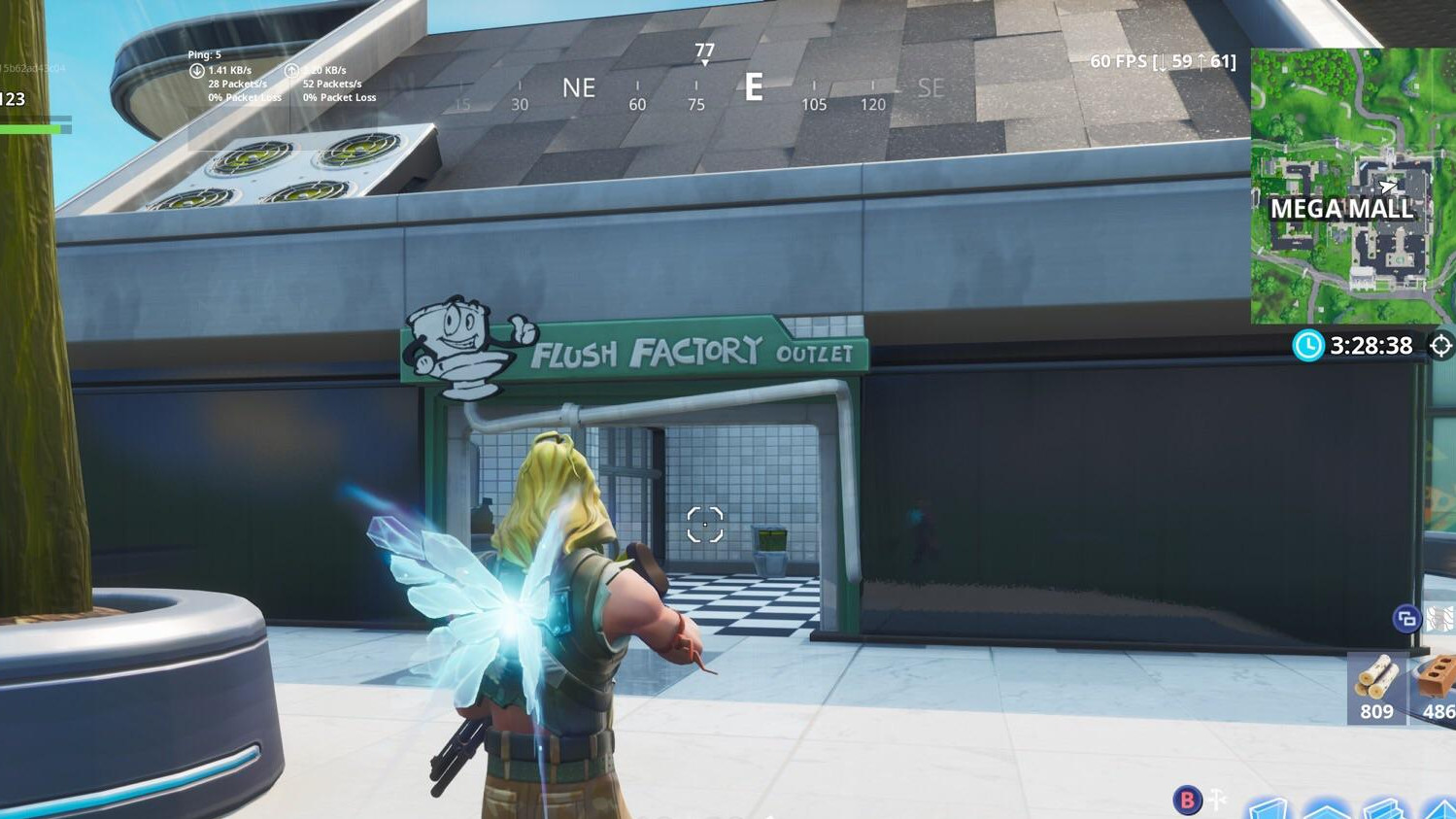 Flush Factory holds a special place in the hearts of Fortnite fans, but this iconic building was one of the many locations that were destroyed when the volcano blew in Fortnite Season 8. A new and improved Flush Factory has made its triumphant return for Season 9!