Before you can leave downtown Raccoon City in Resident Evil 3 remake, you’ll need to head to the Subway Office and route the train. To route the subway train, you’ll need to solve a puzzle. The solution isn’t immediately apparent, and there are only a few clues to point you in the right direction.

We’ll go in-depth about the solution to the routing puzzling in the Subway Office in Resident Evil 3 remake. We’ll also give you a few hints first if you still want to solve it yourself. 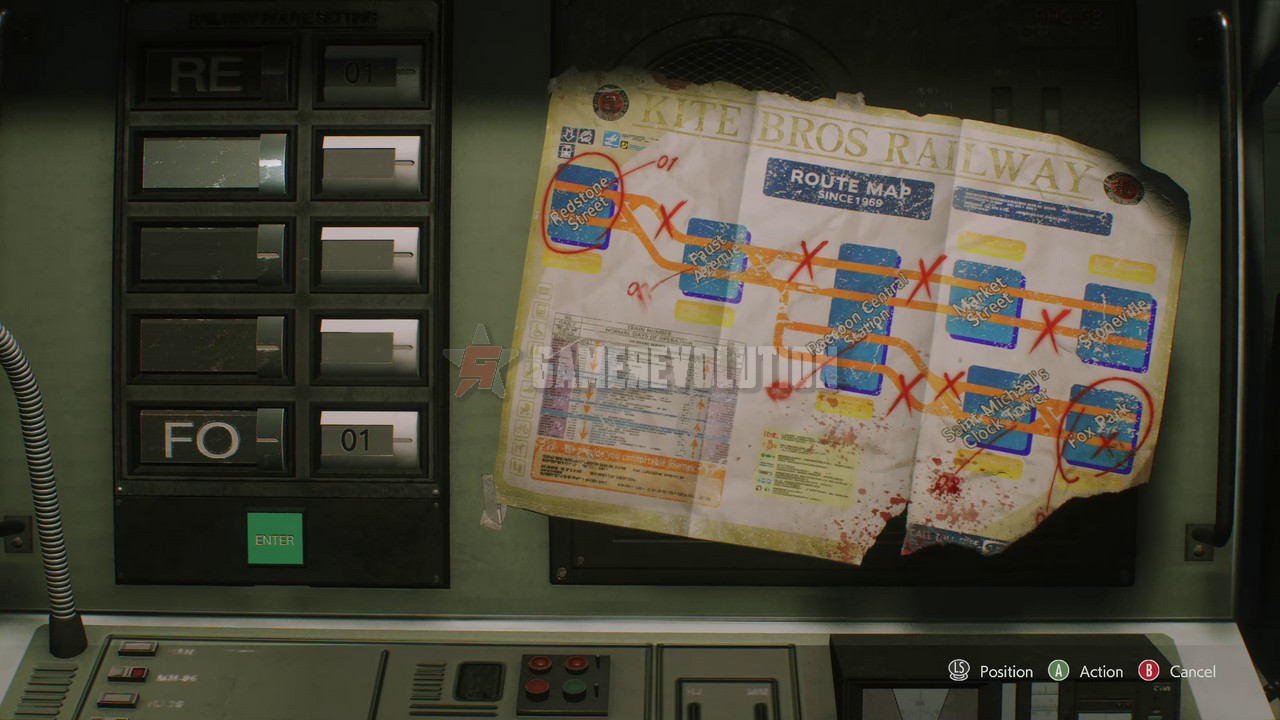 Before we go in-depth about the Subway Office puzzle solution, here’s a few clues to point you the right way:

The Xs on the route map indicate blocked tracks, and you’ll have to route around these.

The tracks are numbered top to bottom as follows:

Each station is referred to on the console by the first two letters of its name:

If you’re still stumped, read on for a detailed solution to the routing puzzle.

How do I route the train in Resident Evil 3 remake? 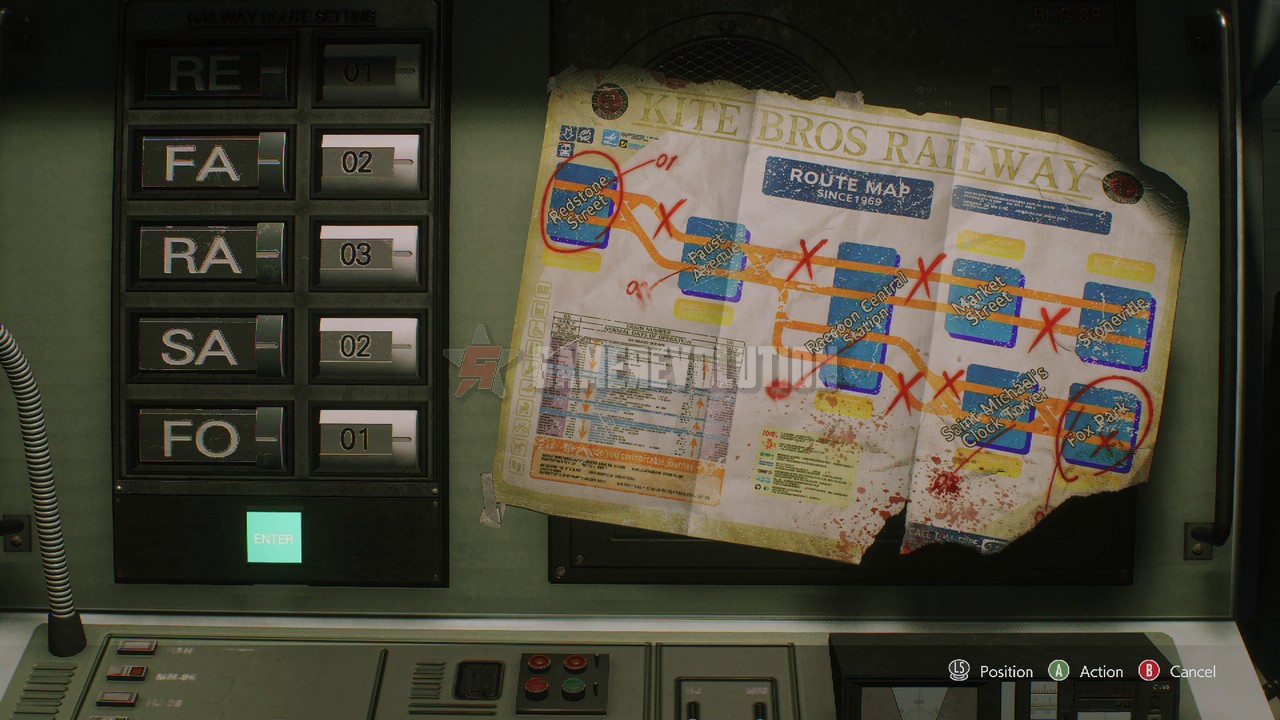 Once you’ve turned on the power at the substation, you’ll have to elude Nemesis and make it back to the Subway Office. When you get there, you’ll need to figure out a route for the train that’ll get you to your destination without running into any blockage.

Mikhail wants to get the civilians the UBCS has rescued out of the city, which means you’ll need to ride the train to the outskirts and away from danger. So, the objective is to get the subway train from Redstone Street Station to Fox Park Station. To do that, you need to enter a valid route into the console in the Subway Office.

The route map on the console shows you which tracks are open and which are blocked. To solve this puzzle, you need to enter the stations the train must pass through in the first column and which track it should take in the second.

Luckily, the subway auto-switches, so you don’t have to worry about anything too complicated. As you can see on the map, the only station connected to Redstone Street is the one on Faust Avenue, so the second entry in the first column should be “FA.”

You can also tell from the map that track 01 between Redstone Street and Faust Avenue is blocked. So, the only available path for you to use is 02, which is entered in the second blank in the second column.

Next up is Raccoon Central, which is “RA” on the routing panel. The tracks branch here, with 01 and 02 heading toward Stoneville, so we don’t need those. Track 04 is blocked right after Raccoon Central Station, so that’s a no-go too. That leaves track 03.

After that is Saint Michael’s Clock Tower. Track 01 is blocked, so the fourth row on the routing panel should be “SA,” and 02. 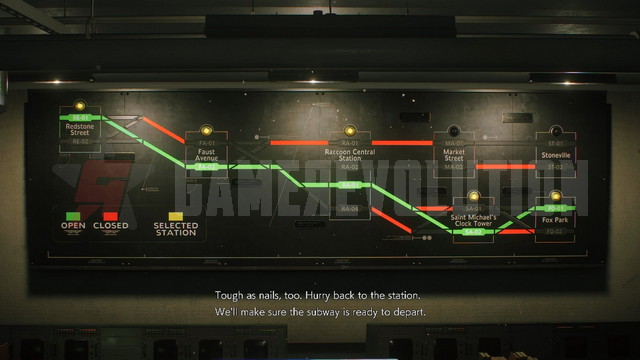 That gives us our complete route to Fox Park:

After you’ve entered your route, hit the green “Enter” button at the bottom of the panel. The system will validate your course, and the puzzle will be complete!

Resident Evil: Village DLC Release Date: When is the Winters’ Expansion and Gold Edition Coming Out?

We finally got the Resident Evil: Village DLC release date, a year after it was announced at the Capcom Digital…
8 months ago

The Resident Evil 2, 3, and 7 next-gen upgrades are finally available to download. However, installing them differs depending on…
8 months ago