Grounded Scarlet Embrace | What does the Ladybug set bonus do?

What does the Grounded Scarlet Embrace set bonus do? If you’re asking yourself this question after completing and equipping your Ladybug Armor set, then we’re here to help. Stick around for details on how to get the Scarlet Embrace buff and what it does in Grounded for PC and Xbox One.

Grounded Scarlet Embrace | What does the Ladybug Armor set bonus do? 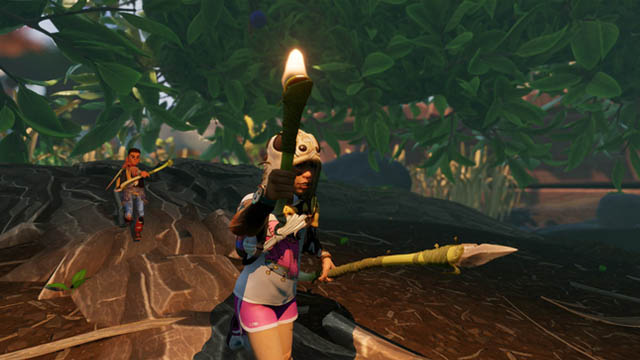 Gradual health regen comes in very handy and can prevent deaths, which often mean loss of crafting materials and items. Getting hold of the Scarlet Embrace Ladybug Armor set bonus is something you probably want to do ASAP as a result. It also helps that a complete Ladybug Armor set massively boosts your blocking strength and grants +78% defense.

In order to craft a complete Grounded Ladybug Armor set, you’ll need to kill several ladybirds. These spotted red bugs tend to roam in wide-open areas and aren’t hostile until you attack them. Use this to your advantage and prepare in advance of the fight; you might also want to try and pit the ladybug against other creatures so that they can do some (or all) of the work for you.

Ladybug Parts and the Ladybug Head can be looted from defeated ladybugs. Berry Leather is gained by chopping berries with an axe and combining three Berry Chunks. Flower Petals are commonly found on the ground beneath large flowers.

Once you’ve gathered all of the materials needed to craft the complete Ladybug Armor set, simply equip all three components to gain the health-regenerating Scarlet Embrace set bonus.

For more on Obsidian Entertainment‘s Grounded, check out our guide on the best base building locations.

Can Grounded be Played on Steam Deck?

Grounded version 1.0 was released on September 27, 2022, for Xbox Series X|S, Xbox One, and PC via the Windows…
Games 4 months ago

Get together and play!
Games 4 months ago

Grounded Multiplayer: Does It Have Co-op, Splitscreen, or Cross-play?

The full Grounded version 1.0 launched on September 27 on Xbox Series X|S, Xbox One, and PC and this would…
Games 4 months ago