The Doom Eternal 1.06 update patch notes aren’t just small bug fixes or some prep for an upcoming event. Instead, it finally brings a feature that players have long wanted: quick weapon switching. Many have been clamoring for a Doom Eternal update (also called update 2.1) to add this, especially console Slayers. However, there are other additions as well. 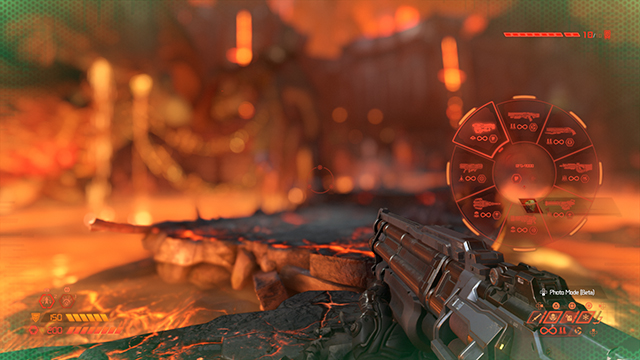 Many have requested that console slayers be able to switch weapons more quickly, which is something that inhibits high level play. PC players are more easily to play the game as intended since the weapon wheel slows down a lot of time. Weapon Quick Switch now lets players hold the weapon wheel button and flip the analog stick to the direction to get a specific weapon. There’s no more need to wait for the whole weapon wheel to load in.

This affects players in both Battlemode and the campaign. Now those Ultra Nightmare runs should be a little easier. This is also for all platforms but should mainly be for console players PC Slayers have more buttons to work with.

While id can update Battlemode without a patch, this update still has a changes in it. Id claims that the latency should be better. The Mancubus can now also shoot after double jumping, which is a big buff for the large demon. Makyr Drones are now back in some demon loadouts as minions you can spawn and don’t yield bonus loot drops for the Slayer anymore if they land a headshot.

New Game Improvements for ALL platforms

Fixes for ALL platforms

BATTLEMODE Fixes for PC Only