How to emote in Marvel’s Avengers

How do you use emotes in Marvel’s Avengers? 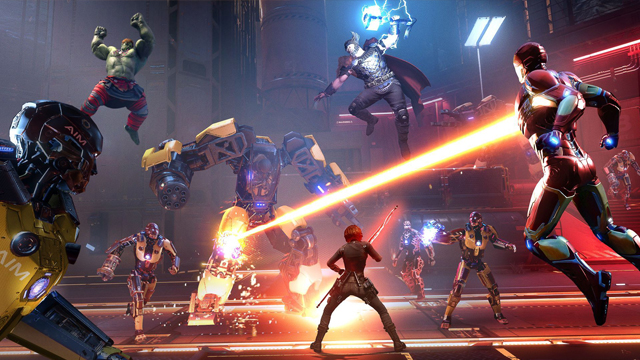 To perform an emote in Marvel’s Avengers, you must press down on a controller d-pad or the down arrow key on a keyboard. Doing so will prompt your character to perform the equipped emote, which can be set in the game’s “Cosmetics” menu.

Emotes are specific to each character, so, for example, you can’t have Hulk perform Ms. Marvel’s actions — amusing as that may have been. You’ll need to unlock emotes by earning experience points with each character, then equip them across each of Earth’s Mightiest Heroes. By default, the characters have no emote equipped.

How to emote in Marvel’s Avengers

After following the above steps, your character will perform an emote animation.

It’s possible that more emotes will be added to the game over time, with developer Crystal Dynamics and publisher Square Enix focusing on cosmetic microtransactions. Of course, there will also be non-cosmetic DLC as outlined here.

If you’re just starting to play Marvel’s Avengers, we’d recommend disabling the distracting camera shake effect. If you’re curious to know how long the adventure will last, then check out this complete missions list.

Dead Space Remake Route Blocked: How To Get Past Door or Path

Get your special suit.
Games 2 days ago