New World: How to fix proximity chat not working

Amazon Studios’ New World is finally out now but some players are finding that the proximity chat feature isn’t working. It’s a staple mechanic in many expansive MMOs, focused on boosting realism. However, fans of New World are sadly encountering problems getting the mechanic to work. Fear not, as we take a look at the problem, and explain how to fix the proximity chat not working in New World.

How to fix New World proximity chat not working 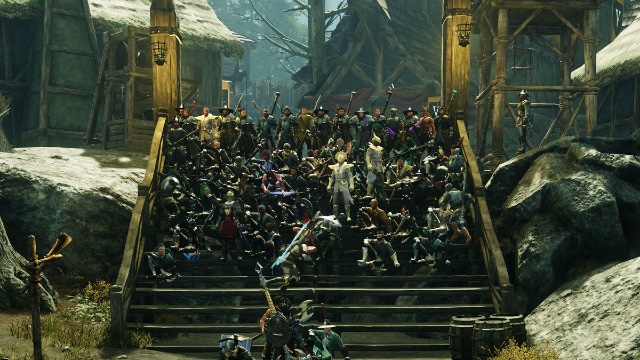 If you’re encountering issues with proximity chat in New World, the chances are you’re purposefully being prevented from using it. Amazon Studios has implemented several safety and privacy features in the game, which limit who can use proximity chat.

Yes, not all New World players will be able to engage in voice chat with others close to them in the game. It’s a feature reserved only for accounts that meet certain criteria. To use proximity chat in New World, you’ll need to be over 20 years old, and have more than three hours total playtime.

These criteria weren’t present in the New World beta earlier this summer. As such, it’s come as shock to players upon the full launch. However, Amazon Studios did confirm his change in New World’s release notes. In the New Additions section, they give the reasons behind the three-hour playtime threshold. It’s said to prevent “poor voice behavior,” thus limiting the number of trolls you may encounter. There’s no reason given behind the age limit, though we can assume it’s down to the same reason.

However, New World players can still engage in voice chat, even if the proximity chat is now a limited feature. While the game doesn’t have a dedicated party chat feature, you can play concurrently alongside apps like Discord. As such, you’re still able to communicate with teammates in the expansive RPG. Instead, the developers are just saving you from distracting mic trolls.

If you want more New World, you’re in the right place. We’ve got details on the game’s AFK timer, as well as how to fix the irritating ‘Connection Failed’ error.

Pokemon Scarlet and Violet: How to Do Shiny Picnic Reset Method

So shiny!
Games 2 months ago