The Quordle answer 185 for July 28, 2022 has been discovered. Compared to the last two puzzles, today’s Quordle is no slouch. It may only have an average of five uncommon letters, but the vast majority of them are on the rarer side. There are also three double letters spread throughout the solution, so you’ll need some courage in your guesswork. The most difficult word is the one in the top-left corner due to having both a double letter and three rare consonants. For more of a hint, it’s an adjective that typically describes a teddy bear. The full answer can be found posted in the next paragraph. 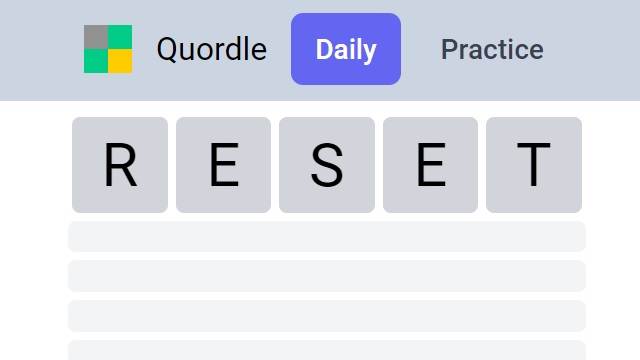 There aren’t many words with the extremely rare “Z” consonant, let alone two of them. On top of that, “FUZZY” begins with an “F” and has two rather infrequent vowels with the “U” and the “Y.” Worse yet, getting any of the other three words in the solution will not give you any help apart from eliminating some possibilities. Where you might get some aid is in “PLIER” because the “?LIER” partial solve might make you guess the “F” in the first position. If you’re able to get the “F,” “U,” and “Y,” you will likely conclude that the word must be “FU??Y” in some capacity. The “N” should be eliminated near the beginning of the puzzle, so hopefully that will give you enough information to attempt the double “Z.”

“AWAKE” is the other difficult word you need to look out for. The combination of the “W” and “K” rare consonants along with the double “A” vowel will likely make you use up a guess. We luckily take care of the “K” early in the puzzle, but that might not be part of your typical strategy. By comparison, “RESET” shouldn’t give you much trouble as it has all common letters.

In other news, we’ve compiled rumors and spoilers for who might be playing Black Panther in Wakanda Forever, and “Boycott Aquaman 2” trends as Amber Heard petition has reached over 4.6 million signatures.

Not once.
Games 5 months ago