Up until now we've seen numbers about Nintendo Switch's performance in the UK, as well as insinuations from Reggie Fils-Aime that its US opening weekend sales were excellent and eclipsed the original Wii. As of today, we now have information regarding the system's total, worldwide sales numbers, and they're looking pretty impressive.

According to SuperData (via a GameIndustry.biz report), Nintendo has sold a total of 1.5 million Nintendo Switch consoles globally. The number was compiled using data from GfK and Famitsu, from which SuperData learned that approximately 500,000 Switches were sold in the US, while Japan snapped up 360,000. Meanwhile, Europe was described as being "not far behind." Breaking the numbers down further, SuperData points out that the UK snatched 85,000 Switches, while France managed to eclipse them at 110,000.

SuperData points out that the numbers are from week one, so it's likely Nintendo's totals have continued to surge and may in fact reach 2 million by the company's end-of-March deadline for doing so. As GameIndustry.biz also notes, Nintendo only needs to achieve this via "sell in" to retailers, not necessarily sell-through to end customers, so the goal is realistic (if it hasn't been hit already). 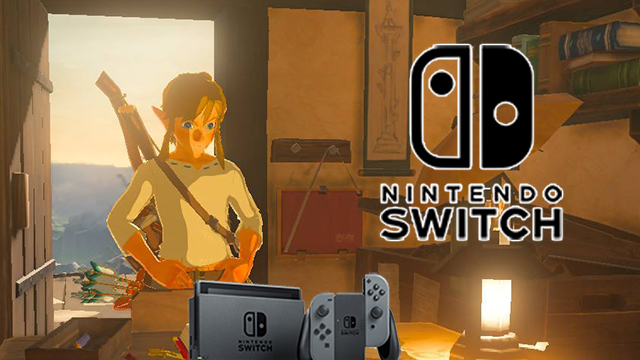 What's astonishing as a statistic but not necessarily surprising is that The Legend of Zelda: Breath of the Wild was purchased alongside Switch by 89% of Switch buyers. If nothing else, this bodes incredibly well for Zelda's total sales, and was no-doubt helped by Switch's lack of pack-in software (a vacancy some had hoped would be filled by the likes of 1-2 Switch).

We've previously discussed how Switch has potential to pace the Wii in sales, or at least try, if Nintendo plays its cards right. The system has also proven to be very straightforward, a move lauded by some and resented by others. Still, it does appear as though apps are on their way, so perhaps a middle ground is where the hybrid console will ultimately end up.

No one can hear you scream.
Games 7 hours ago
9

Highlights include Pokemon Scarlet and Violet.
News 3 months ago