We previously reported on how terrible the loot crate system was during the Star Wars Battlefront 2 beta. The most prominent issue was that Star Cards, which are used to give your warriors and ships new abilities, were only available via the loot crates. This had the potential to turn the game into a debacle where the people who threw the most money down on premium currency would be the most powerful by default.

In a blog post on the official Star Wars Battlefront 2 website, EA detailed a few changes it’s making to the loot crate system to make it more balanced. The post states that the team behind Battlefront 2 took another look at how progression works in the game and made a few tweaks to how players obtain Star Cards. 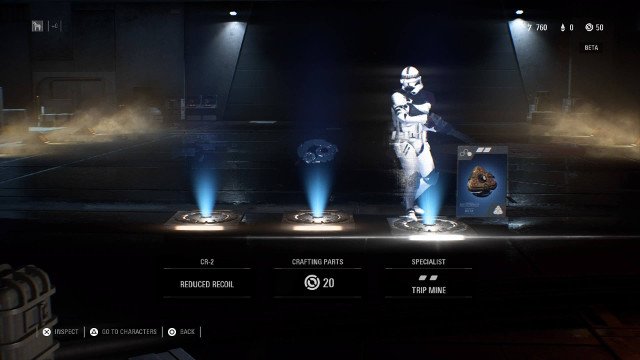 The changes to the loot crate system in Star Wars Battlefront 2 so far are:

EA reiterates that all the upcoming weapons, maps, heroes, and vehicles released as DLC will be free, as opposed to the premium season pass system that the Battlefield series and the first Star Wars Battlefront used.

It’s great that DICE doesn’t want to fragment the user base for this game like they have every other game it has released in the past decade. However, I don’t think going with loot crates was the answer to making up for lost premium pass revenue.

The changes to Star Wars Battlefront 2’s loot crate system don’t really look like they’re much of an improvement to me. Even if you have to play until you reach a certain level to upgrade Star Cards, and have to craft the Epic Star Cards, it doesn’t make it any less pay-to-win. Those who spend money on loot crates are still going to get more crafting material, and more Star Cards, which makes the game easier for them. These new changes to the system just make it seem like a more obtuse version of the same thing they had going in the beta.

Star Wars Jedi: Survivor is still to get a release date window from Respawn and EA despite rumors of early…
News 5 months ago