Warcraft 3: Reforged map maker kills any chance of another Dota

The Custom Game Acceptable Use Policy was recently updated and — believe it or not — actually read in full by some people. These people pored over the mountain of legalese and found some very troubling things, with one person collecting up a list of issues in a submission to the /r/pcgaming subreddit. 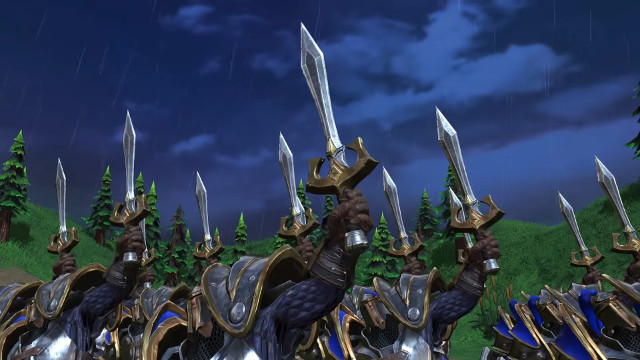 ALSO: Resident Evil 8 Wish List | What we want to see

“It seems that Blizzard [wants] to be prepared the next time a Dota or AutoChess pops up in their territory,” the Reddit submission by /u/TheMarkie stated. “They look like absolute clowns now that two big golden geese have missed them by, despite having some of the most user-friendly modding tools out there, [and] also having the earliest.”

Throughout the very lengthy post, /u/TheMarkie breaks down everything that’s wrong with the policy. Here is one of many examples of worrisome language regarding the Warcraft 3: Reforged map maker:

Without limiting the foregoing, you hereby assign to Blizzard all of your rights, title, and interest in and to all Custom Games, including but not limited to any copyrights in the content of any Custom Games.

“This is NOT fine at all,” the associated commentary stated. “By making the custom game (and agreeing to the terms), you basically waive your rights to be even credited. You, as an author or custom game developer, have even [fewer] rights than a Blizzard employee. Blizzard can ignore and disassociate you and your name from any Custom Game that you’re involved with as they want, anytime they want. No negotiation, no acknowledgement.”

A fitting tribute to one of the world's best Rogues.
News 2 years ago

World of Warcraft: Shadowlands Xbox Series X edition may be coming this year

Is this a stunning surprise or an unfortunate mistake?
News 3 years ago

One thing's for sure: controller support is definitely coming.
News 3 years ago

The sky is falling.
News 3 years ago