Metal Gear Solid V: The Phantom Pain marks an important transition for the series. Previous MGS entries allowed freedom within defined spaces, while MGSV makes the shift to an open-world sandbox design. The linearity of past games disappears, and Hideo Kojima's MGS swan song thrives on the lack of constraints. Metal Gear Solid V: The Phantom Pain feels like an open-world sandbox game in which the game actually plays like a virtual sandbox. There aren't a ton of sidequests scattered over every square inch of the map. Instead, every situation in the game promotes creativity and thus the game shines in its open world design.

The Phantom Pain breaks up content into main story missions and side-ops, and while there are a ton of side-ops, they don't immediately fill the map. Instead, the game adds more missions as the story progresses and players complete the available side-ops. The structure helps MGSV avoid the problem in other open world games in which icons dominate the entire map. That's not to say the game doesn't feature its fair share of iconography – there are predicted enemy locations, resource locations, and plenty of other details. Fortunately all of that is mostly contained to one section at a time to avoid information overload.

Instead, Kojima Productions focuses on an excess of details in gameplay mechanics and variety on a scenario-to-scenario basis. A player may be riding D-Horse for a few minutes with nothing to see along the way, but once he/she reaches an outpost the possibilities reveal themselves. Stealthy and lethal approaches are both valid options in MGSV, and it's even possible to get a S rank on story missions while killing enemies. The restrictions of past MGS games are largely absent in The Phantom Pain, and it suits the new open world more so than a wealth of missions along the way from one outpost to the next. 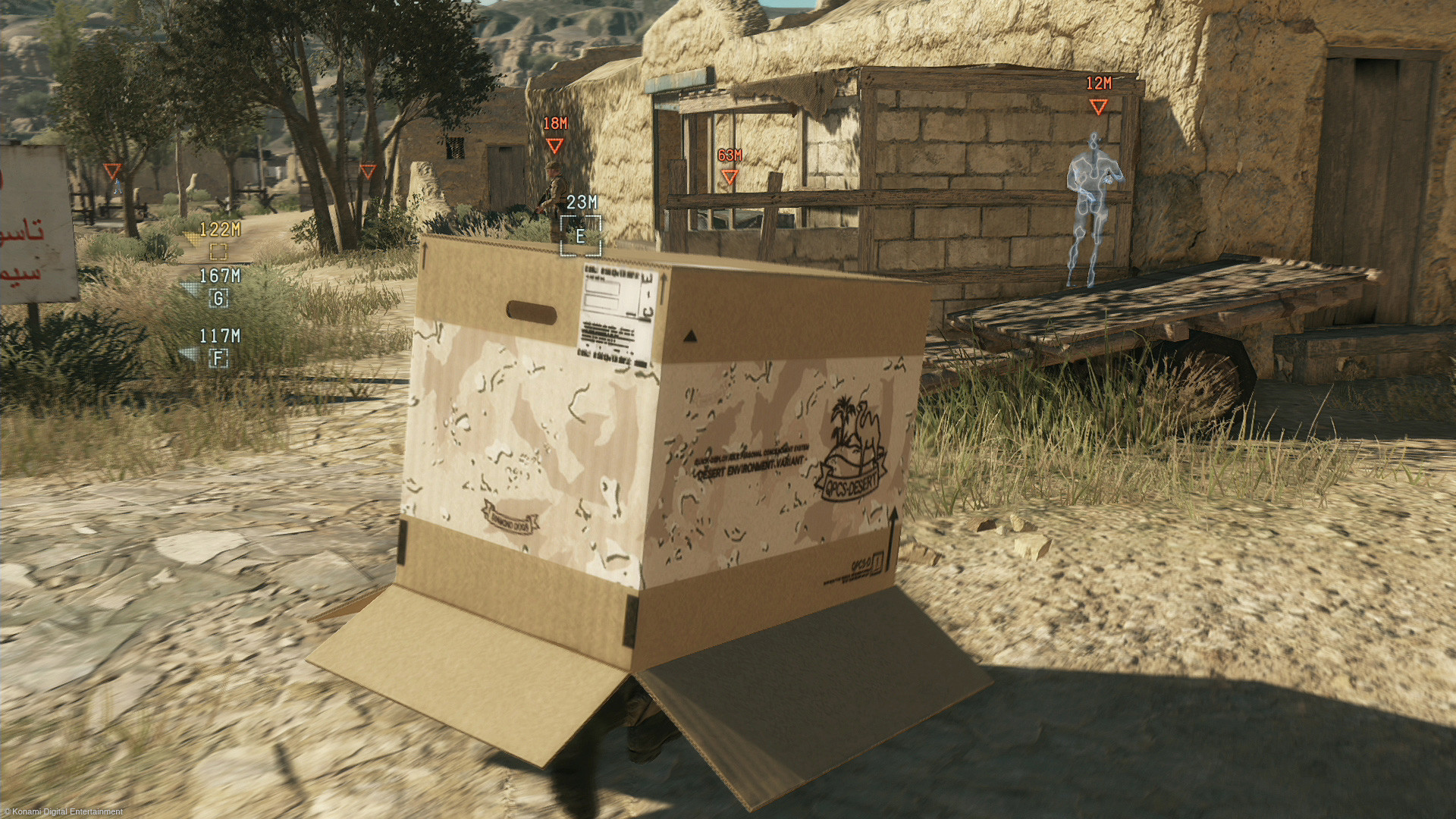 The stealth/lethal dichotomy goes even deeper when one analyzes the minute details that make up the MGSV experience. Sure, you can take out enemies with tranquilizer guns for the quiet approach or a hand cannon for a more action-oriented strategy, but the game allows players to be even more creative along the way. For example, players can hide in a toilet and play a tape on their iDroid of a solider with stomach problems. Thus, enemies will be less likely to search in there. Alternately, players can lay down a series of sleeping mines across an entire outpost and just watch enemies walk and fall asleep, though I prefer calling in air support to drop down a bunch of sleeping gas in a single area.

Basically, if you think of a potential solution in The Phantom Pain, the game will rarely tell you no. There's always some way to approach a situation in an entirely different way, and it's the kind of player freedom that I miss in other open world games. The size and scope of the two main maps – Afghanistan and Africa – allow for more gameplay possibilities, whereas the size and scope of other open worlds allow for more sidequests and padded content. Typically other games in the genre mask flaws with a quantity over quality approach, but The Phantom Pain strikes a more careful balance and even leans in the other direction.

When I think of other open world games that I enjoy, I think of the way I become obsessed with collecting certain items or completing a series of sidequests. When I think of the open world design of Metal Gear Solid V: The Phantom Pain, I think of how much fun I've had with it over the course of 50+ hours. Striving for 100% completion or getting a bunch of S ranks doesn't concern me. Instead, I feel like I can live in the moment when I play MGSV because of the way it promotes player freedom in such a large virtual space. That's the kind of open world design I can truly appreciate.

Once again, Blue Box Games Studios has teased (another) tie between its upcoming game Abandoned and Hideo Kojima. However, this…
News 2 years ago

So much for philanthropy.
News 2 years ago

Metal Gear Solid 5 is finally clear of nukes… on PS3

Kojima said we'd be "ashamed for our words and deeds."
News 3 years ago