When gamers think of mods, they think of improving a game for the better. Whether it be increasing visual quality, making the game less cumbersome, or adding some new fun gameplay elements, mods have been responsible for a lot of extra play value in PC games over the years.

But the limits of modding don't end there. Some people take things into much more exotic territory.

Nude mods are nothing new for PC gamers, and it sure didn't take long for them to make their way to Fallout 4. Within three days of launch there are already several options for the player who prefers the freedom of a no pants policy. Think about that. During the first hours that these mod makers owned Fallout 4, they spent their time finding out how to make people naked.

Here are just some of the options available now. 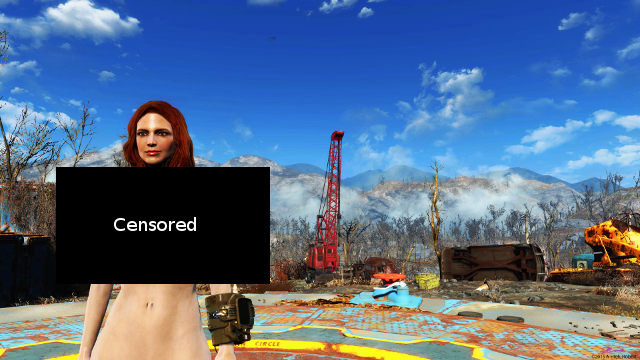 This latest update for this one is hilarious.

Version 2, I know a lot of people are complaining about the mod but simply just don't use it if you don't like and give CONSTRUCTIVE CRITICISM to help me improve. But this is just a texture mod and the tools for editing the mesh do not yet exist (meaning the shape of the body cannot be changed).

But anyway in version 2 I have made the skin more smooth and edited the nipples.

He edited the nipples, guys. You owe it to him to download it. This mod is described as "female transparent lingerie made by vault-tec". Apparently, underwear isn't good enough.

Although the mod works, its featured image doesn't do a good job of selling it. is that rust or blood behind her? This one isn't so popular because the lady bits look dehydrated like a raisin. But give credit where credit's due, the maker of this one spent hours of his time making sure that the world had some way to see nipples during the first week following release. 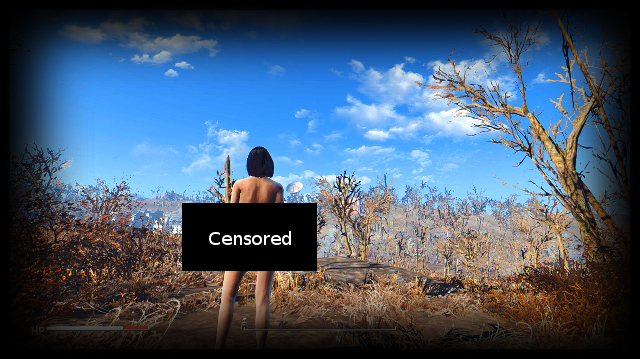 I love the epic vignette around the image. It really makes things pop, if you know what I mean.

In case you're wondering what exactly this one does, this is how the creator describes it:

I wasn't going to download it until I read that last bullet point. It should be a requirement at this point that the nudity looks good through binoculars a mile away. 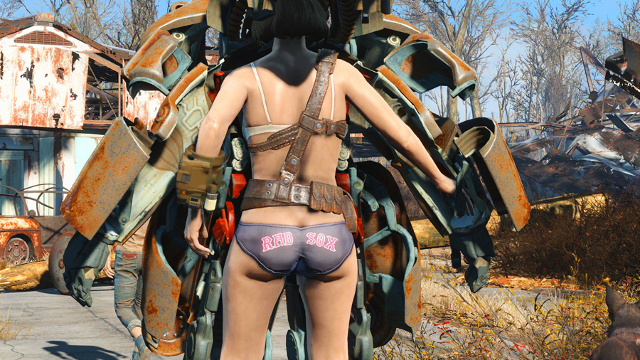 This is the last one, and it deserves attention for so many reasons. Sure, it isn't necessarily a nude mod, but it's only one tier away. Apparently, that's the sweet spot with modders, because this is one of the top 5 most downloaded mods this week with over 148,000 total views and over 8,000 downloads.

As if the name of the mod wasn't enough, check out the description:

Fixes a huge oversight bug that Bethesda made in proper attire for the the Boston and surrounding area region. Greatly enhances the New England immersion. In the above gif you will see how a true New Englander would look entering power armor, if they were by chance to do so in their intimates.

There are some other options, such as the Lusty Face Preset or Swimsuit as Underwear. In total, there are already numerous ways to push Fallout 4 into NSFW territory.

The million dollar question remains: will Xbox One's mod support allow you to download any of these? Start praying.

We've got to go back!
Games 6 days ago