5 Things Capcom Should Do To Kick More Ass

Where do we go from here?

I think it's time I came clean and confessed something to you: I am a Capcom fanboy. Now before you go writing me off as having no journalistic credibility when it comes to reviewing their games, I'd refer you to my Lost Planet 2, Dark Void, and Bionic Commando reviews. But even after they churn out such fodder for my literary musings, they've still got a special place in my heart and I want to see them be the best they can. So I thought the best way I could communicate how I feel about Capcom without being one of those guys at Convention panels telling them how to run their business was to present it in a nice little post that they can choose to read and take to heart or completely ignore and let float aimlessly in cyberspace. The ball's in your court now, Capcom.

1. How About A New Franchise That's Decent?

No one can argue that Capcom has a list of some of the most notable and recognizable iconic figures in gaming. Even parts of them like Mega Man's blaster and Ryu's headband have their own notoriety to them. So why can't they come up with anything modern that even comes close to being that iconic? Sure, it takes time for a character to reach that status and some could argue that Frank West, who made his first appearance in 2006's Dead Rising is on his way to making it there, but he wasn't even the protagonist in Dead Rising 2 and he didn't even make the final roster in Marvel vs. Capcom 3.

Beyond that, there was the lukewarm reception of Lost Planet and its sequel, which despite having giant robots and bugs that could eat you and poop you back out, seemed to tank even more painfully than its predecessor (at least here in the US). And who could forget how much Dark Void bombed? Certainly not anyone who had the misfortune to play it.

So how can Capcom turn this slump around without inventing a new Redfield sibling and churning them out in yet another Resident Evil? Asking the question is much easier than finding the answer. I'd say find that balance between Western gameplay principles and Japanese visuals. Onimusha or the first Devil May Cry come to mind as two examples of the "East meets West" philosophy that have worked out well in the past. And no, making Dante all emo in the DMC reboot does not count as a new franchise.

2. Finish Games Before You Sell Them!

Since Street Fighter IV was first released three years ago, there's been at least one new version of it every year. Granted, the most recent incarnation for the 3DS makes sense as it's on a new console, but let me get back to my point. I bought the first edition of SFIV; hell, I even went as far as to buy the $100 Collector's Edition of the damned thing. Then they announced Super Street Fighter IV and my expensive purchase became totally obsolete. The roster of the original was incomplete, so everyone bought the new version to play online. Perhaps it was cheaper than the first, but I'd already sunk a hefty chunk of change into my initial purchase. Why would I want to sink another $30 bucks on top of that just for a few new characters?

Then there's the newer Marvel vs. Capcom 3, whose predecessor featured a roster with a whopping 56 playable characters, compared to the 36 found in MvC3. For those of you who are no good at math, that's a discrepancy of 20 characters. Since MvC3's launch Capcom has already released two new DLC contenders… with more to follow, I'm sure.

While the blow to the pocketbook is more severe with the Street Fighter situation, the issue here is clear: Forcing your market to make several post-game purchases in order to get the full game experience is not a good way to build up or encourage an already loyal fanbase. It's exploitation. 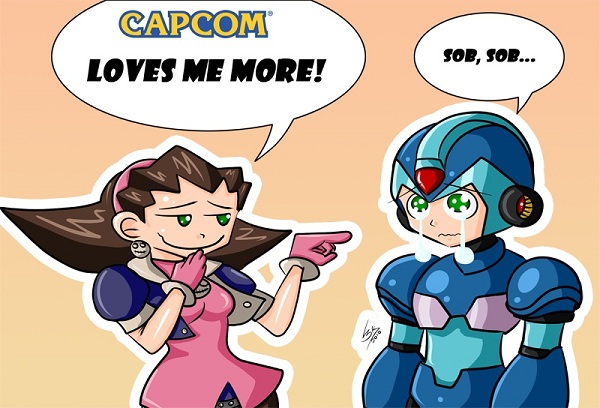 3. Milk Some of Your Other Franchises Already!

We all know that the super-deluxe hyper special HD re-remake of the directors of Resident Evil 4 will always be a sure-thing seller for you guys. And no one can deny that all those Mega Man spin-off card battle games you made were a huge success, along with the awesome retooling some of your classic arcade games and Bionic Commando: Rearmed.

And how sick would a new Strider game be if done properly? You could bring the character into a 3D world at this point or opt for an XBLA/PSN release of some sort and keep it 2D and more than likely still find success.

Granted this formula did backfire on you guys with Bionic Commando, but you can't make an omelet without breaking a few eggs. The recent announcement of the DMC reboot shows that you're not afraid to give this sort of thing a try, you just haven't done it with your more “obscure” fan titles yet. And some of us are very curious to see a 21st century take on Ghouls 'n Ghosts would be like. [Breath of Fire? ~Ed. Nick]

4. Clean Up The Resident Evil Mythos

Can somebody please explain what the hell is going on here? They're not zombies, just dudes who have a disease that causes their face to open up and look like the world's worst STD infection? Since when could a roided-out dude just beat the crap of an infected with a punch to the face? Truly, the Resident Evil series has headed for the Third-Person Shooter action territory in its last couple of installments and started to stray away from its survival horror roots.

The fact of the matter is that Resident Evil isn't scary anymore. There used to be a time when I could be home alone and turn off all the lights in the house, pop a copy of RE2 into my Playstation, and have the living crap scared out of me. I'd like to experience more of that.

There are rumors going around that the next official sequel will take a step back, look at what's come before it, and give it a reboot, but it's all speculative at this point. Hopefully it's true and we'll get a game that not only looks incredible, but also requires adult disposable diapers be sold with it. 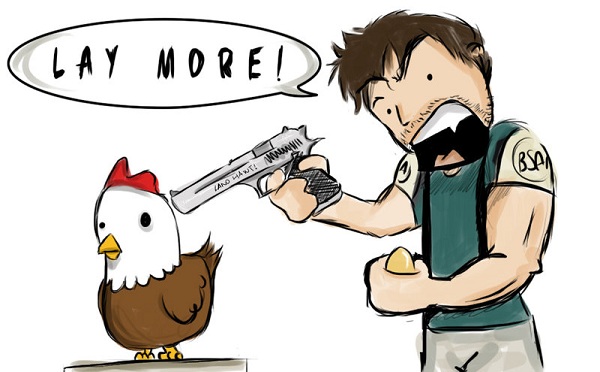 Hey, Capcom. I know it sounds like I'm getting down on you with this little list, but there's a lot of stuff you do actually get right. You've got one of the most loyal and active user groups in the gaming world thanks to not only your great catalog of past and upcoming games, but your Capcommunity as well. And I myself am not immune to your charms, as I find I purchase several items from your convention booths. The rapport you have with your core audience is nothing short of fantastic and should be milked for all it's worth in the most symbiotic, respectful ways possible.

Just keep making that Servbot merchandise and I'm sure you guys'll be fine and won't even need to bother doing any of the other stuff I already mentioned.