A whole bunch of talented game developers have shared the hidden mechanics they implemented in their games to evoke a “certain feeling” from their players, with the creative minds behind Firewatch, BioShock and more offering interesting insight into the unnoticed work that goes into establishing emotional connections through gameplay.

The discussion was kicked off by Jennifer Scheurle, a game developer currently working on the virtual reality game Earthlight, who tweeted her game developer followers asking them to detail “brilliant mechanics in games that are hidden from the player to get across a certain feeling.” 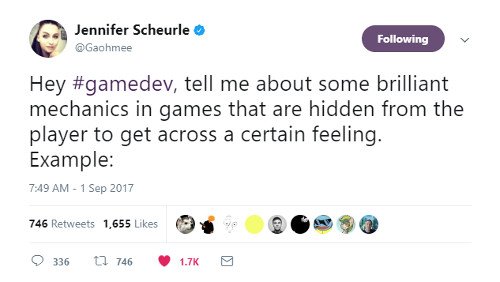 She then tweeted an interesting piece of information herself, writing: “Assassin’s Creed and Doom value the last bit of health as more hit points than the rest of it to encourage a feeling of *JUST* surviving.” 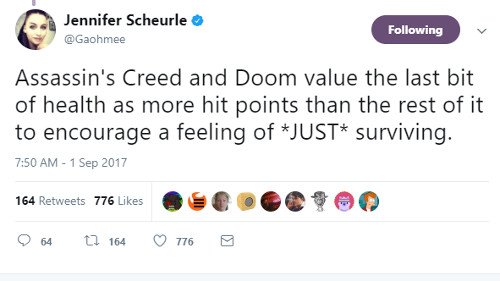 The conversation prompt received a lot of responses from famous game developers, including Volume and Thomas Was Alone developer Mike Bithell, who replied: “Third person game thumbstick correction is a favourite. Pretty standard in AAA … game detects collision blocks and steers player around them, ignoring direction of input. Pioneered (I think) by Insomniac but popularised by Ubi.. One of the things I’m proudest of in Volume‘s controls.”

Jane Ng, the lead artist for Firewatch, replied: “In Firewatch, a player not responding to dialogue prompt is a noted choice. The game reacts to non-response, and it helps create a feeling that ignoring someone has social consequence and the other person is ‘real.'”

Ken Levine, creator of the BioShock series, also weighed in with info that will likely lead to fans replaying the first entry in the franchise to try it out.”First shots from an enemy against you in BioShock always missed,” he tweeted. “That was the design, think it got fully implemented. No ‘out of blue!'” 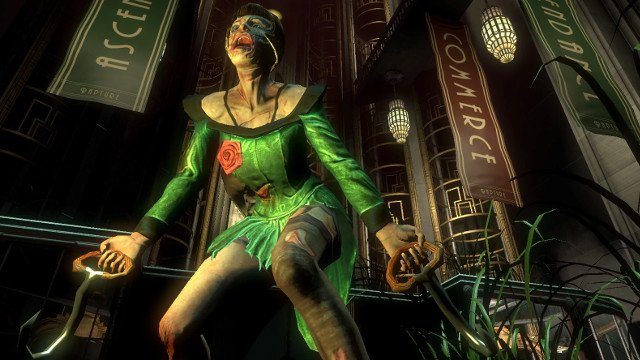 Rob Fermier, a programmer for System Shock 2, revealed that his team had their own take on giving players additional survivability. “In System Shock we made your last bullet do double damage,” he tweeted.

Level Designer Rick Lesley also shed some light on the mechanics behind the battles with the Uruk in Middle-earth: Shadow of Mordor. He replied: “In Shadow of Mordor, I would add additional health back to dueling Uruk, to artificially extend their fight a bit, for spectacle!”

Another developer, Oculus’ Tom Forsyth, also revealed a neat secret about Half-Life: “HL1 – if facing more than two enemies, only two would actually attack,” he replied. “The rest would run to random locations and bark lies e.g. ‘flanking'”.

However, there were also some admissions that caused a few existential crises, like this insight into the 1995 PlayStation racing game Hi Octane from game designer Alex Trowers: 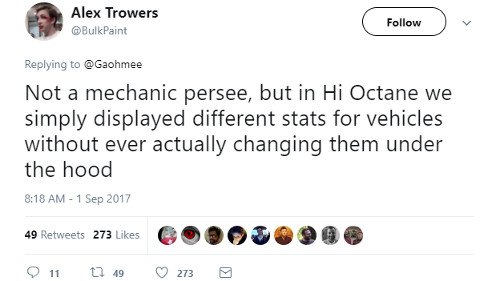 The whole thread is a fascinating look into some of the compelling design choices made in our favorite games, many of which the average player wouldn’t even notice. Check it out here.

BioShock creator’s new game may be at The Game Awards

Rumor: BioShock 4 is called ‘BioShock Isolation,’ may be revealed at The Game Awards

"People should not lose their jobs for expressing stupid opinions."
News 2 years ago

PlayStation Now January 2021 games include BioShock: The Collection and more

The PlayStation Now January 2021 games have been revealed, with BioShock: The Collection, Frontpunk, Surviving Mars, and The Crew 2 all being added to the subscription service.…
News 2 years ago