Star Wars Battlefront 2 Ending Explained: How it Ties Into The Last Jedi and More

Star Wars Battlefront 2‘s campaign ties into the events of the new film trilogy, piecing together a few of the questions Star Wars fans have been left asking themselves since The Force Awakens. Though it introduces a few new characters into the mix, it’s clear from the events that take place in the game that this is considered to be a part of the Star Wars canon, and for those eagerly awaiting the release of The Last Jedi, it fills in a few gaps.

As we’re going explain everything that happened in the game’s ending, there will obviously be more than a few major spoilers, so if you haven’t completed Battlefront 2‘s campaign and you’re planning to do so, then come back and read this article at a later date. With that being said, let’s dive in…

Who is Iden Versio and where does she fit into Star Wars? Iden Versio is the leader of the Inferno Squad, a trio of Imperial troopers that disbands no more than 40 minutes into the game, after Iden suddenly realizes that the Empire might be the bad guys. Iden is the daughter of Admiral Garrick Versio, a stern Imperial leader, and Zeehay Versio, an artist who created propaganda posters for the Empire (she only appears in the game in hologram form).

Following her defection to the Rebellion, Iden comes into contact with many of Star Wars’ most recognizable characters, from Han Solo to Leia Organa and Lando Calrissian. While she has clearly become a major part of the Rebellion’s efforts to stop the Empire, her impact upon the events of the movies is limited, though she is predominantly responsible for the Empire’s loss to the Rebellion in the skies above Jakku. This defeat above Rey’s home planet leads to the Star Destroy crashing into the desert planet’s sand, creating the excellent visual we saw in The Force Awakens.

While Iden is the protagonist from the game, it’s her Inferno Squad comrade and eventual love interest Del Meeko who has the most impact upon the Star Wars canon. After coming into contact with Luke Skywalker, and his opinion of the Jedi immediately changing upon doing so, Del embarks upon a mission that would later help Kylo Ren hunt down the location of the “old man.” We’ll get to that part a little later.

What is Luke Skywalker looking for? Shortly into Battlefront 2 players assume the role of Luke Skywalker on Pillio, a remote planet that also served as one of Emperor Palpatine’s laboratories. After helping Del escape from a trap, Luke and his new Imperial buddy travel further into the planet, with Del having been sent to destroy a secret weapons cache belonging to the Emperor. Luke finds the mysterious device he was looking for, and both part ways.

But what was the device Luke picked up? In the 2017 novel The Legends of Luke Skywalker, a story called “The Starship Graveyard” states that Luke was given an Imperial case labeled “Pillio,” with it containing a compass that, judging from the events of Battlefront 2, seemingly pointed him in the direction of the device. The device is more than likely a map to Ahch-To, the location of the first Jedi Temple and the planet where Luke goes into hiding prior to the events of The Force Awakens.

We’re not entirely sure why Luke is seeking the location of the place in which he’ll eventually be forced to live — Luke only goes into exile after Kylo Ren kills his Jedi students, and the hyper emotional son of Han and Leia has yet to be born at this point. Maybe Luke senses something evil in Ben Solo that he is preparing for? Or perhaps the Jedi Temple holds a much greater significance to the new Star Wars trilogy than simply being a desolate place for Luke to chill out while the First Order wages war on the galaxy? We’ll likely find out more when The Last Jedi finally releases. 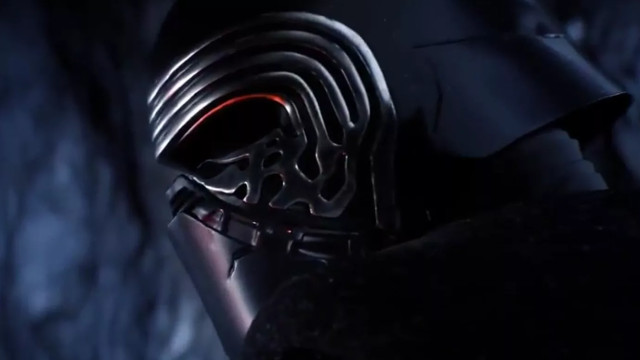 After Iden Versio helps the Rebels to victory in Jakku, her story in Battlefront 2 concludes with her embracing Del and overlooking the fallen Star Destroyer in a scene of victory. However, Battlefront 2 then shifts to a ‘decades later’ screen, showing Kylo Ren on Pillio confronting a grizzled Del, who has been help captive by the First Order after returning to the planet in the hopes of seeing Luke Skywalker once again.

During this scene Kylo infiltrates Del’s mind using the Force, in an effort to uncover Skywalker’s location. From here we learn that Del and Iden had a daughter (we’ll get to that later), that Del was apparently present during the Rebellion and Empire’s battle on Scarif (in the novel Battlefront II: Inferno Squad it’s revealed that the Inferno Squad was created in response to the Rebels stealing the Death Star plans from the planet), and that the map to Skywalker has been taken by Lor San Tekka to Bayora. When Kylo Ren first appears in The Force Awakens, he is landing on Bayora to confront and eventually kill Tekka, so Battlefront 2 therefore concludes immediately prior to the events of the film.

After Kylo sets off to Bayora, he instructs Hask — the third member of Inferno Squad who remained with the Empire — to do away with Del. Hask appears to kill his former partner, before confronting Protectorate Gleb over her progress on Project Resurrection. Nothing is yet known of Project Resurrection, though it certainly sounds ominous and it’s clear that the First Order is pursuing it above everything else outside of finding Skywalker. Could it entail the resurrection of the Empire, or the resurrection of an individual… or individuals? We’ll hopefully find out more when The Last Jedi is released. 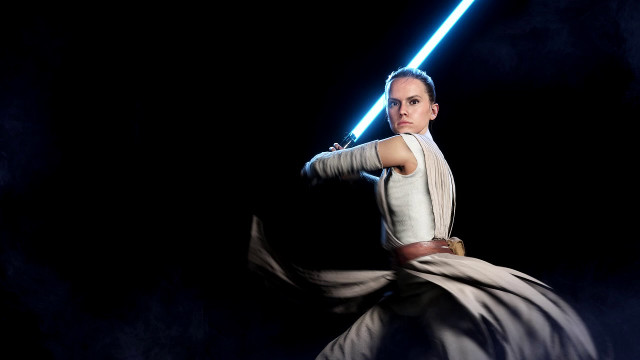 With Kylo Ren referring to Iden and Del’s daughter, some have speculated that the pair could actually be Rey’s parents. While pretty much everyone has been accused of being Rey’s parents since it was revealed that the fledgling Jedi doesn’t know who her mom and dad are, this theory does at least have some credibility.

For one, Iden and Del’s relationships begins on Jakku, the planet where Rey would eventually be abandoned. While there would seemingly be no reason for Iden and Del to leave her to grow up on the planet alone, we don’t really know all too much about Iden and Del’s life after the events of Jakku, meaning that they could well have been hunted by the First Order for being Imperial defectors. However, Del suggests that he has lived a pretty normal life since his time as a Rebel, which doesn’t really fit in with the whole idea that he ditched his daughter on a desert.

While Iden and Del’s daughter will likely be a plot point in Battlefront 2‘s DLC (the first batch is due on December 13th), or perhaps saved for a potential sequel, it’s highly unlikely that she’s Rey. Basing a plot point for one of the biggest movies in history upon a single-player campaign in a video game would be a surprising decision to say the least, and while DICE were perhaps looking to draw Rey comparisons with this revelation, that’s probably not the direction that Star Wars is headed in.

Page-turners they were not.
News 3 months ago

Star Wars: Tales of the Jedi Release Date and Trailer Revealed at D23

Here's when you can watch.
News 5 months ago

Star Wars Jedi: Survivor is still to get a release date window from Respawn and EA despite rumors of early…
News 5 months ago
9