Dungeons and Dragons is a Great Tool for Exploring Your Identity

I’m a trans woman. I’ve known this for a while now, and I’ve been publicly out for about a year and a half. There was a lot of introspection, anxiety, and self-flagellation before I came to this conclusion, but I couldn’t be happier now that I’ve started to discover myself. I know a lot of trans people for whom video games were a helpful medium in discovering their identities: playing what they had initially perceived as the “opposite gender,” before realizing that this was what they genuinely felt comfortable as. I never really had that with video games. I did, however, with Dungeons and Dragons.

D&D wasn’t my first tabletop RPG — sorry, Wizards of the Coast — but I did end up playing an awful lot of Dungeons and Dragons 5th Edition as it started to come out. Until then, I’d played exclusively male characters: a halfling rogue here, an orc bard there, all of them guys. The same could be said for my first couple of 5th Edition characters, too. But then, overhearing a game at my local hobby shop, I picked up on the fact that one of the men was playing a female character.

It was something that I hadn’t ever considered before, outside of giggling in amusement at magic items that would swap your gender, and entertaining the prospect in my mind (looking back, this was likely another alarm bell). The next character I created ended up being neither a guy or a girl. They were non-binary. For the longest time, this is how I identified as myself, too, and if not for the ability to explore realms beyond the gender binary in realms beyond reality, I likely never would have made that leap into the unknown. 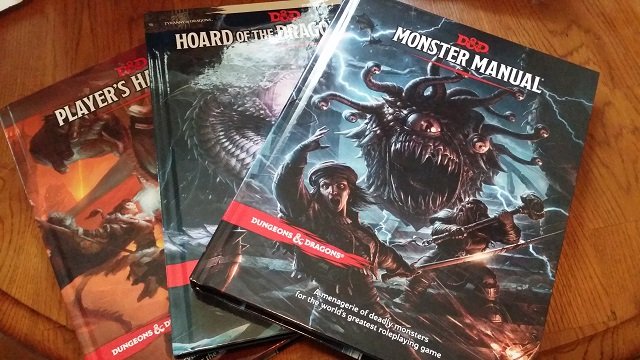 You see, Dungeons and Dragons, and by extension, a vast quantity of tabletop RPGs, encourage you to assume the role of a person unlike yourself. Are you a lanky, non-violent, goody-two-shoes? Try on a chaotic-neutral dwarf barbarian for size. What if you’re clumsy beyond belief, and your fear of confrontation makes you feel like a pushover? Give a go at playing a nimble rogue with a penchant for parkour, precision pickpocketing, and challenging bartenders to best you in games of insults? The possibilities are absolutely endless, and your only limit is your imagination and your luck at rolling dice.

If you play it like I do a lot of the time, however, Dungeons and Dragons lets you imagine, for three-to-four hours a week, what it’s like to be a different version of yourself. If you’re quiet you can be loud, if you’re angry you can be calm, if you’re weak, you can be strong. And in my case, if your body fits the societal image of a male, you can imagine for a moment what life could be like if the world saw you differently. The impact of Dungeons and Dragons can often extend beyond those three-to-four hours, though.

I used to be prime bullying material in my school life before college and university. I was timid, weird, introverted, and wound up easily. A lot of this was down to my own self-confidence being quite miserably low, and not feeling important or powerful enough to put my foot down and say “no.” After a year of playing Dungeons and Dragons and embodying bold, cocky, laid-back and passionate heroes, I felt like I could fight back against all of the torment. Eventually, I did, and without the opportunity to imagine what that might have been like through playing D&D, I don’t know if I would have. 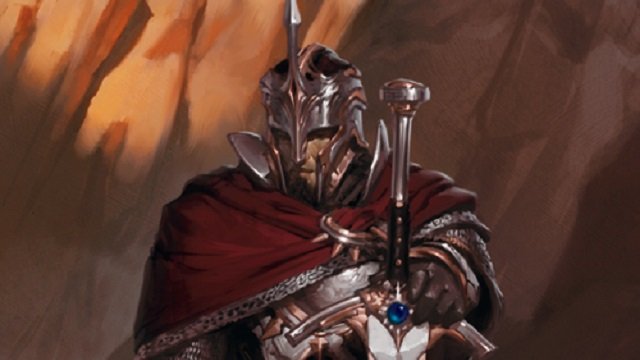 It’s a story that I hear from a lot of friends and new people that I meet — that chance to take off your own shoes and step into those owned by a person that stood for something you looked up to, made it clear how achievable that something really was. It shows you how good it feels to have achieved what you wanted to, and that satisfaction becomes a driving force to achieve it in your own daily life.

When I played my first female character in Dungeons and Dragons, it felt euphoric. Knights and paladins greeting me as a “fair maiden,” the nod from the bartender with a grunted “ma’am,” NPCs asking about “her” and my party responding with “she”… the imaginary world that I had inhabited seeing me without any doubt as a woman reinforced how good, and how right that felt. It was different to a video game, where the lines were scripted and the character was, to an extent, already decided — here, I was making the witty remarks, I was asking for the directions, and in turn, the characters around me were unscripted and organic.

That’s what makes Dungeons and Dragons and tabletop games such a perfect medium for exploring identity. I love video games and they’re my real passion, but with D&D, every experience is new and every moment is organic. When a world feels alive and the people inhabiting it always have something new or different to say, you can slip into that fantasy world like nothing and become exactly what you’ve always wanted to be.

I'm Astrid! Fellow journalist Alice Bell once described my aesthetic as "Neo-retro-revolutionary." I’m a news writer and video producer for Game Revolution, where my focus lies in the weird stuff and the controversial hot takes respectively. My favorite thing about working for Game Revolution is the fact that the word “Revolution” is in the name of the site, as well as everyone here being absolute units. My passion is in seeking out the oddities, as well as documenting the proliferation of labor rights in the games industry. I’m also a trans woman, and my tiredness knows no bounds.

D&D OGL 1.0 Remains Unchanged as Wizards of the Coast Rolls Back Proposed Changes

Wizards of the Coast rapidly backpedals.
News 7 hours ago

Wizards of the Coast Statement on OGL 1.1 Controversy Gets Ratioed on Twitter

Critical Role Criticized Over Lack of Response to D&D’s OGL 1.1 and 2.0