West Virginia might be new territory for Bethesda Game Studios but so is Fallout 76 as a whole. The famed RPG studio is taking its signature open-world formula and connecting it into the internet for people to enjoy together. While a first for Bethesda, Fallout 76 poetically sums up a good portion of new release in 2018. From Assassin’s Creed Odyssey to Red Dead Redemption 2, 2018 has been the ultimate expression of publishers all trying to make “the endless game” through online modes, extensive DLC, sprawling open worlds, or all three. And Fallout 76 appears to be trying to hit all of the same checkboxes but in a crowded year that’s uncertain to be able to hold yet another everlasting experience.

After a brief intro, Fallout 76 gets right into what Bethesda is most known for: a gigantic open canvas of a nearly endless amount of trees and man-made structures. The West Virginian sunset was draped over the rolling hills of orange and yellow all the way to the horizon and, judging by the size of the map, probably even farther. I wandered into the autumn abyss for a few hours when I realized that I just could not wander any longer. 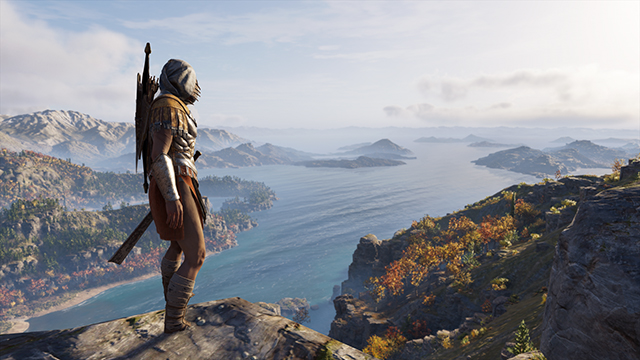 Despite the online hook for Fallout 76, its open world still facilitates that connectivity. It looks to be a decent environment but it’s not entirely different from the glut of open-world games we’ve been consistently seeing all year. Monster Hunter World, Metal Gear Survive, Sea of Thieves, Far Cry 5, Yakuza 6, State of Decay 2, The Crew 2, Spider-Man, Forza Horizon 4, Assassin’s Creed Odyssey, Red Dead Redemption 2, and more have mostly all boasted about their map sizes in some capacity, whether relative to the studio, franchise, or all of gaming. Even Black Ops 4’s Blackout mode is move towards being a more open world, albeit in a different context.

Playing the same genre or series back to back can be tiresome and it’s equally as draining to be consistently dropped on a huge landmass and pushed to go through the whole open-world routine of going around and completing missions in a big area. And those routines don’t get more exciting when they’re continually releasing one after another like they have been all throughout 2018. Even if you’ve only played a fraction of those aforementioned titles, they’re still hefty investments that don’t just go away after the month or so they demand from you. Their sizes are designed to immerse you for a long period of time and and give you plenty to do, meaning they’re naturally going to be a bigger part of your mental gaming budget and you’ll have time for fewer of them.

Fallout 76 is coming at the tail end of this year-long rush of big games and its positioning isn’t doing it any favors. Spider-Man was the precursor to Assassin’s Creed Odyssey’s overwhelming size and both released in such a way that negated the opportunity to play a palate cleanser in between. But then Red Dead Redemption 2 is the game that broke the horse’s back since it launched only a few weeks after Odyssey. The gradual ascent of scale has runneth over with Rockstar’s newest title, which is, if you crunch the numbers, the biggest thing in gaming with the most amount of things.

Even though Fallout 76 is a different thing, its November 14 release date is asking players to dive into yet another country open world almost right after they hang up their bandoliers and six shooters. Although given the massive scale, most won’t even be done playing cowboy by the time the West Virginian country roads start calling. And if they have hit credits, would they really want to jump directly into another series that emphasizes a huge sense of place over scripted, linear levels? Spider-Man, Odyssey, Red Dead, and Fallout all play differently but are similarly exhausting.

Other games prioritize multiplayer over long campaigns and that could also potentially jeopardize Fallout 76. The beta has had garnered a mixed reaction from its users and the press. Some have reported decent impressions while others are underwhelmed by its odd amalgamation of systems. It favors shooting and survival mechanics over its RPG roots, which isn’t what past games have built themselves on and partly why playing solo is pretty dry. Weak solitary play puts more pressure on its online to succeed.

Despite its strength as a studio, online isn’t what Bethesda Game Studios is known for or used to doing. Trying something new is admirable and why the company as a whole is a great publisher and developer, but innovation doesn’t guarantee success. Fallout 76 has to tear people away from their other online games and then keep them in that world long enough to see their grind pay off; a tall task for a game with a middling, technically busted beta.

Red Dead Redemption 2’s online beta is also launching at some point this month and will run parallel with Black Ops 4’s likely continued domination. Black Ops 4 is a different game but it’s been critically and financially successful enough to cast a wide net and be the online game to beat for quite some time. If Fallout 76’s solo play ends up being as lackluster as the beta makes it seem, then players will need to recruit their friends to get the most out of it. But that becomes a problem if their friends are busy playing Black Ops 4. Or Red Dead Online. Or Overwatch. Or Fortnite.

Fallout 76 might succeed in its online space because there isn’t much exactly like it in the AAA space. Steam might be littered with survival RPGs but none have the clout—or budget—of Bethesda and people do love Bethesda games. There will be groups of people that dig the cooperative raiding and building that will be able to look past most of its technical or mechanical issues. But it’s still going to be fighting for your online time and the question remains whether or not it will be able to break through the noise, which is also dependent of how strong and stable its launch is. 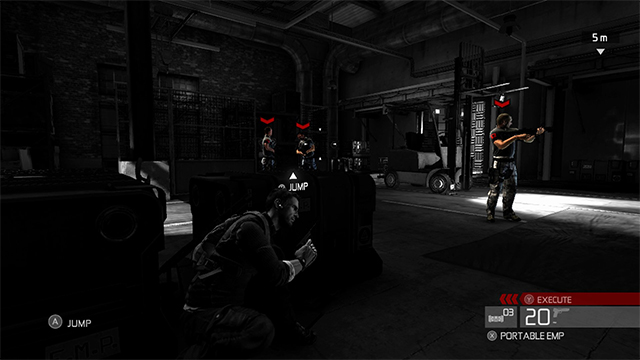 This restless chase for the endless game has caused me to jump to older titles for a break that this year’s lineup has rarely granted me. I recently completed Shovel Knight, started Splinter Cell: Conviction, and replayed the first chunk of the original Doom after repeatedly bouncing off Red Dead Redemption 2. From its sweeping vistas to its shrinking horse balls, I couldn’t absorb yet another huge world so soon after I wrapped up my big fat Greek vacation and virtual trip (and return) to New York City. I found solace in Doom, Shovel Knight, and Splinter Cell: Conviction because they were unlike a lot of big 2018 games: moderately sized time sinks that served as necessary respites from the all-consuming voids.

More and more games are fighting for more and more of our time and some of them is going to get caught up in the shuffle and Fallout 76 could be a sacrificed at the alter of the open-world gods, giving its timing. Bethesda Game Studios’ online debut is coming out near the end a year inundated with open-world games and continuing live services that threaten to numb players to Fallout 76 and, for that matter, December’s Just Cause 4. Fallout 76 is all about surviving in a harsh environment and, by the looks of it, it’s going to need those survival skills to stay alive outside of the game too.

Redfall Release Date is May 2023 According to Leaks