Grey Goo and Asymmetric Gameplay in the RTS Genre

Grey Goo is a four-year-old real -time strategy game that pits humans against and the titular grey goo against each other. Like most RTS games, the main objective of each faction is the same—destroying the enemy—but the way the races in Grey Goo operate is much more unique then most strategy games. As games continue to experiment with asymmetric mechanics, strategy games should look to Grey Goo as an example for how to create truly unique options for each player.

Nearly every RTS game tries to highlight the difference between their various races, civilizations, or however they separate their different teams. Warcraft 3‘s Night Elves had mobile structures and didn’t destroy the trees they harvested. Age of Empires has a handful of unique troops that can only be created by certain civilizations and Starcraft had the infamous Zerg rush.

Grey Goo has fewer options than most modern strategy games. It only has four to choose from but each plays so differently that it’s obvious how much time and effort was put into making them distinct from one another. The level of creativity that went into four separate game styles is impressive, but these differences are also highlighted in the game’s worldbuilding as well. For instance, Beta, the language of the alien race, is a combination of the two fictional languages that created by two fictional ancient Beta civilizations that combined to form the singular spacefaring nation you see in Grey Goo.

The Name ‘Beta’ Didn’t Age Well, but the Game Has 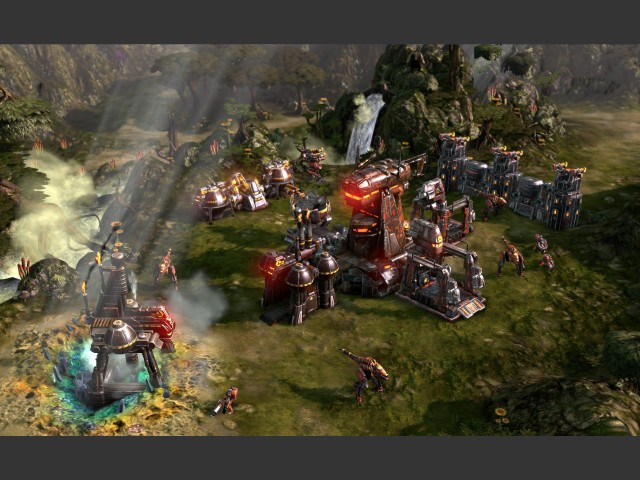 And in terms of gameplay, each faction has its own concept of technology that affects the way they are played. Humans, unsurprisingly, use wires to connect their buildings to power supplies. The Beta, on the other hand, build in small clusters, with a power supplies in the center of each one. And the Shroud use amplifiers to effect and change the way buildings produce output. This doesn’t even mention the differences and mechanics of their various armies.

But the Grey Goo is the most unique of the lot, with players controlling a singular entity, more or less. Based on the Grey Goo apocalypse scenario, the Goo is actually millions of tiny self-replicating nanomachines. They are self-aware to an extent, and constantly attempting to reproduce, making them an incredible threat to everyone else.

Rather than the traditional building approach found in varying degrees in the other races, The Grey Goo doesn’t need to build factories to create an army of offensive, defensive, and support units. Instead, it divides and multiples to create units of various sizes. Arguably, it is the most powerful option in the game, but most importantly, it is the most different.

Obviously, the Grey Goo could be more impressive. In the theoretical doomsday version, the Grey Goo would be able to rapidly adapt to any given situation, making it all but impossible to overcome for any form of traditional army or defense, but obviously the game couldn’t be that one-sided. 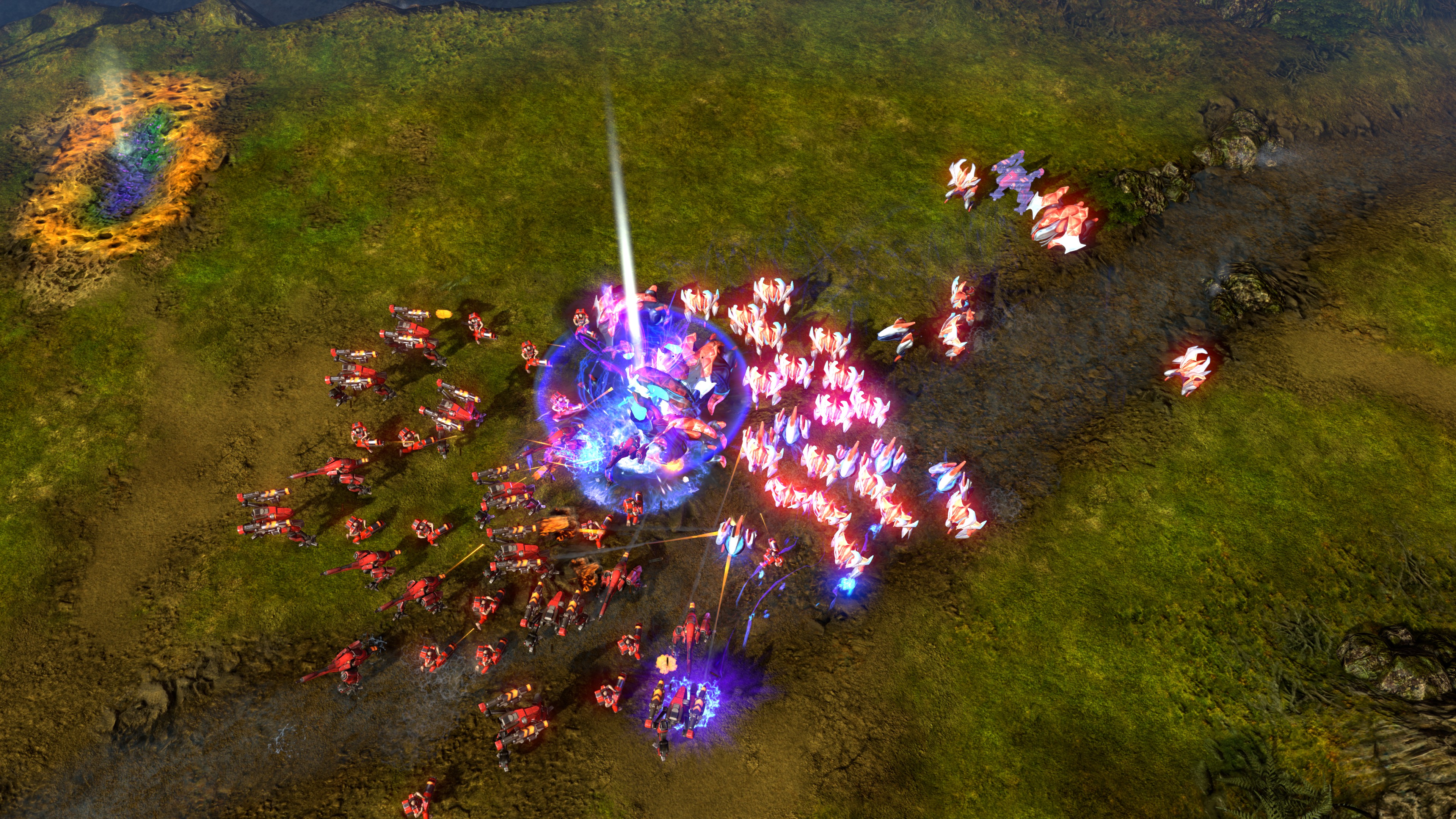 A lot of real-time strategy games are built for players to easily experiment with. Once you understand how to play the basics, you can play any race or civilization with the same amount of skill, albeit adjusting to the various minor differences. Again, with games like Age of Empire all factions more or less share the same properties and the differences normally have an almost identical variant. Grey Goo doesn’t do that. Its options are more like characters in Street Fighter, Tekken, or even Overwatch. While you might have mastery over one, it does not mean that skill transfers easily to another. But knowing how your enemy plays will be extremely useful, just not if you don’t know what you’re doing.

This level of variety should be celebrated and emulated in the competitive strategy space. While strategy games take a lot of time to master, this style of asymmetric gameplay means you’ll have to specialize in the game to become proficient. And learning more and widening your skill pool feels like a real accomplishment because of the work it takes to grasp everything. More than anything, it’s just nice to feel the detail and difference built into the game. It’s more than just a bunch of armies in different colors with similar abilities, but greatly different units, designs, and strategies that players have to learn with each race they want to play.

Strategy games have a huge fanbase and a massive amount of room to grow and experiment. As the technology behind the games becomes more and more powerful, we should see these improvements not just in the graphics but in exciting new ways to play games. Whether it’s completely separate units, different ways to structure your bases, or something else entirely, it’s time for real time strategies start experimenting more.

Highlights include Fire Emblem Engage and Persona.
News 4 weeks ago
9

It's the end of the world as we know it.
Games 3 months ago
8

The next big thing?
Games 5 months ago