Revisiting Venetian Blinds, one of gaming’s greatest moments of pettiness

In music, particularly rap and hip hop, it is not uncommon for an artist to settle their differences with another musician in public by releasing a diss track like Nas’ “Ether” or Jay-Z’s “Super Ugly.” This sort of petty jab doesn’t quite exist in gaming due to how much time it takes to program a title and how expensive the process of actually producing a game can be. However, there’s no shortage of failed business ventures and lawsuits that have left creators pissed off at their former partners like Venetian Blinds, one of the few diss games.

It came out for the Atari 2600, which was created in 1982 by Activision after Atari sued a number of ex-employees for using their programming techniques. One of these coding procedures was the “venetian blinds” technique that allowed developers to display more objects in a row by changing the position of each sprite with every scan line.  The first example of this can be seen in Video Chess, Bob Whitehead (who would later co-found Activision and Accolade) used this technique in order to display eight objects rather than the traditional max of six (think of the enemies in Space Invaders).

Pitfall designer and Activision co-founder David Crane didn’t take kindly to Atari’s lawsuit. He particularly took offense at the notion that his company had stolen the very techniques that they had pioneered themselves. As a result, he showed Atari’s lawyer a hilariously primitive game where all the player could do is raise a set of literal venetian blinds in order to view a sunset. It was an incredible way of mocking the lawsuit, and he famously asked them, “Is this what you guys are referring to?” 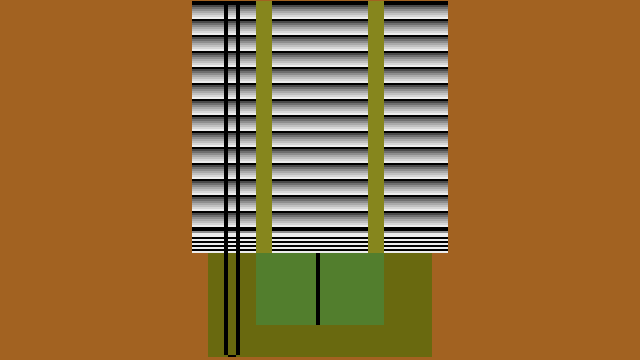 It turns out that the mocking game wasn’t what Atari was referring to, and so they went ahead with its lawsuit as planned. Unfortunately for them, Activision wound up getting the last laugh as a judge ruled that the company hadn’t committed any crime in using the coding technique in its own games. As such, Atari didn’t just get dissed in an incredibly creative way, but it also found itself with a bunch of legal fees to pay.

While Venetian Blinds was never developed with an actual release in mind, players actually got to see some of its elements later that year in the Atari 2600 game Barnstorming. In particular, the sunset that players could view by raising the venetian blinds could be seen in the flying game’s background while they attempted to fly through a number of barns before time ran out. Very few knew that the background was created in order to spite Atari’s lawyers, but it has become a cool piece of video game history in the decades since it was released.

Venetian Blinds wound up finding its way onto several different Activision compilations over the years as a historical oddity, but never actually was released as a standalone title until 2010. It came out on Xbox Live Arcade as part of Game Room, Microsoft’s retro-focused social gaming service for Xbox 360, PC, and Windows Phone 7. The reception wasn’t great as it largely felt out of place when placed against games like Blades of Steel, Breakout, and Lunar Lander. It was sort of ridiculous to be charging for such a primitive demo in the first place, but it did serve its purpose as adding a rare piece of history to the service.

Could We See More Diss Games in the Future? 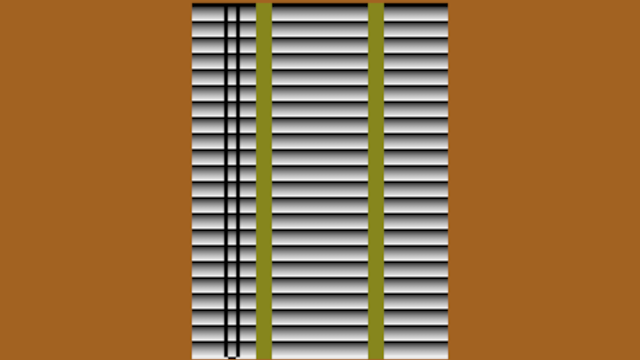 Due to the simplicity of games at the time, Venetian Blinds was able to be made in a short amount of time in order to mock Activision. While we haven’t seen any full titles made for such petty reasons since then, indie games could eventually lead to a resurgence of the idea of “diss games.” It’s unlikely that any gaming feuds wind up as full-priced products available for sale, but I don’t think it is beyond the possibility for a smaller title to be released for free on an open platform like itch.io.

Regardless if “diss games” ever becomes an actual type of entertainment, Venetian Blinds will always have a special place in video game history. It’s a one of a kind creation that told gaming’s biggest console manufacturer at the time to suck it, and it became an even sweeter move after Activision was vindicated by the result of the lawsuit. It might not be a classic title like Pitfall, and there’s absolutely nothing interesting about its actual game design, but it deserves a special place in gaming’s pantheon as a manifestation of David Crane’s great sense of humor.

Rumor: New Crash Bandicoot game leaks, but it’s not the one you want

Running in circles.
News 3 years ago
0

After covering the PS5 and Xbox Series X, I thought I had wrapped up hardware reviews for 2020. However, the…
Tech 2 years ago

Let's hope no Space Invaders show up.
News 3 years ago