There’s a lot to like about Atlus’ Persona Dancing: Endless Night Collection, which packaged all three of the stylish rhythm games together. However, while the fan service-heavy titles offer up an enjoyable experience for fans of the genre, it makes some huge mistakes in how it handles its custom modifier system. Many settings, which should have been accessibility settings available from the start, were unlocked behind specific unlock requirements. Making matters even worse, using these types of aids, which is a necessary requirement for some disabled gamers that wanted to enjoy the titles, were viewed negatively in-game as a penalty is applied.

In both Persona 3: Dancing in Moonlight and Persona 5: Dancing in Starlight, players can access two series of custom modifiers. One section, called support, offers a variety of boosts that make the gameplay easier at the cost of your score. Meanwhile, there are 12 challenge modifiers that make it more difficult to play and boost your overall score for using them. Talented players would want to use challenge modifiers if they’re chasing high scores, while avoiding the support options.

The problem is that several of the support options are geared towards accessibility rather than simply making it easier. For example, instead of having to press a specific button on the controller to hit a note, players can have it so they can use any button in order to clear it. That option streamlines the controls and removes a layer of complexity while still forcing the player to stick to a rhythm. Another ability allows for the scratch notes to be done automatically, rather than using the right analog stick or triggers to hit them. When these two options are both turned on, Persona Dancing is morphed into a one-button game that can be played by those that have limited mobility.

Why making accessibility an unlock is harmful 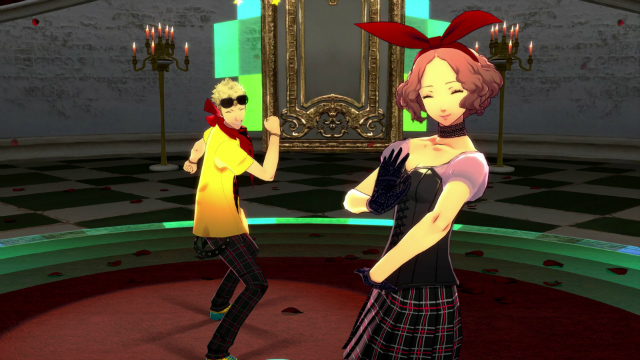 For someone like myself that isn’t hampered by any major disabilities, the overall play experience for the Persona Dancing games isn’t impacted in any sort of negative way. However, these modifiers are a necessity, not an optional bonus, for those trying to enjoy the rhythm title with a disability. It’s not fair to have these options in the game that are specifically built to make it so that more people can enjoy it, and then add in several loops to jump through just to unlock it. It might work as a carrot on a stick for a fully abled player, but it’s much crueler when looked at from the perspective of a disabled player.

There are several requirements that must be done to unlock those two specific custom modifiers. To get the “Auto-Scratch” one, players have to clear a stage without scratching. That is easy enough for someone like me, but the scratches help unlock the game’s Fever sections, which are key to passing stages, and it would be a difficult way to clear a level if you’re already struggling due to the lack of upfront accessibility options. The requirements for being able to hit all notes with any button are even more ridiculous as they have to hit 7,000 perfect notes total. That would take well over an hour of playing perfectly to unlock the most basic accessibility option.

This is a completely unacceptable situation and another case of a major publisher not taking accessibility seriously. We’ve seen this all too often lately, as Activision didn’t include subtitles for the Spyro Reignited Trilogy and Gearbox released Borderlands 2 VR without any subtitles at all despite the original game having them. These high profile disappointments come after companies like Microsoft going out of its way to make strides with regards to accessibility and prove that there is still so much work to be done. Basic accessibility options can’t be something that a major company chooses whether or not to implement; it should be a common feature included in every release. Gaming should try to go much further on this front.

It joins a long line of titles spreading a negative stigma 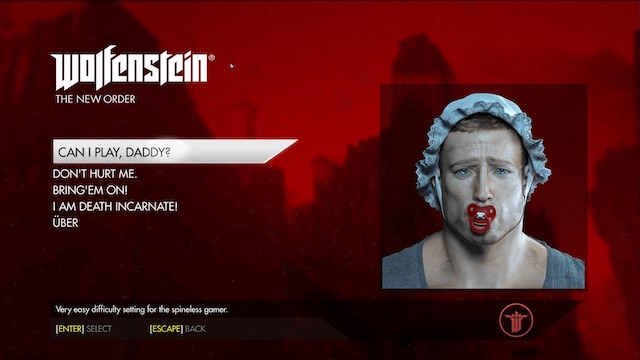 As mentioned above, all of the Persona Dancing games penalize the player for using these accessibility options. It’s a fine idea, but to essentially classify accessibility options as cheating is simply ridiculous. By doing this, Atlus joins a lengthy list of developers that have included accessibility and difficulty options in their own games and then punished, or mocked, them for simply using it.

It certainly isn’t as gross as Wolfenstein: The New Order continuing an outdated tradition by calling its easy difficulty, “Can I Play, Daddy?” while putting B.J. Blazkowicz in a bib with a pacifier in his mouth, but it is still in the same vein. Players that choose accessibility options, be them a lower difficulty or an option to skip quick time events, shouldn’t be punished in any way by the game itself. Ninja Gaiden Black also makes fun of the main character for playing on easy by giving them a pink ribbon and then ridiculing them throughout.

This particular scenario is so disappointing since all of the options are there for Persona 3: Dancing in Moonlight and Persona 5: Dancing in Starlight to be examples of accessibility done right, but they are implemented in such a terrible way. Rather than being applauded, they are now a poster child of messing them up in every way possible despite going through the trouble of actually developing them and adding them into the finished product.

The way how the Persona Dancing: Endless Night Collection handles accessibility is embarrassing and should not be acceptable in the current gaming landscape. So many individuals have worked endlessly to further accessibility in gaming and yet companies still continue to treat a large portion of their consumers as if they don’t exist.  Hopefully the industry will get to a point where major releases all have these sort of options so that more people can enjoy games, but this is a sad reminder that disabled gamers are still seen as a non-entity by many game publishers and developers.

Snug as a bug.
Originals 2 months ago
7