Mortal Kombat Legends: Scorpion’s Revenge is a violent retread of the same ol’ past

Mortal Kombat has persisted since its 1992 inception partially because of its ability to innovate. Some of those innovations, particularly in the 3D era, were for naught, but cycling in new styles, changes, and additions gave almost every entry its own personality. Its adaptations haven’t quite maintained that inventive spirit as many of them skew toward retelling the same stories with only a small handful of changes. Mortal Kombat Legends: Scorpion’s Revenge is the newest iteration of that old tale and while its animated art style and extreme gore are novel, it’s mostly covered in the same coat of blood. 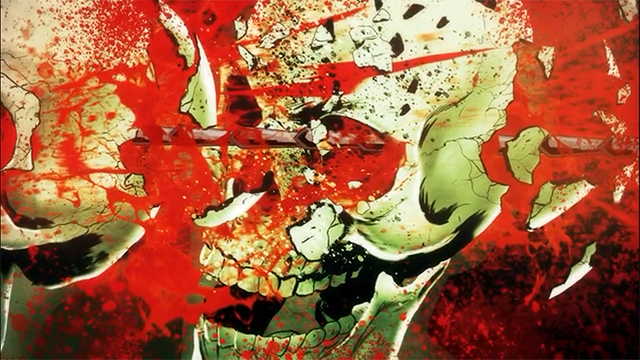 Granted, it’s a lot more blood than usual. Many of its filmic adaptations have had violence, but none can even compare to the ludicrous amount of gore Scorpion’s Revenge has. Muscles tear from the bone, heads explode and leave red geysers in their wake, and limbs fly off at the slightest inconvenience and make for extraordinary spectacles that litter each of the movie’s well-choreographed action sequences. Slow motion effects that mimic the most recent trilogy’s X-Ray attacks and Krushing Blows also help sell the impact as it magnifies the damage and gives you a close up of it.

It’s fittingly gratuitous, but seemingly an exaggerated outlet designed to channel all of the pent up PG-13 energy its silver screen adaptations have always had. Shocking carnage gives the film an identity and keeps it more in line with the franchise’s ideals. Paying proper respect to its fundamentals individually helps spice up fight scenes and keeps the pacing up, but it also is part of the great new trend of video game adaptations that appreciate the source material.

Not so glorious story 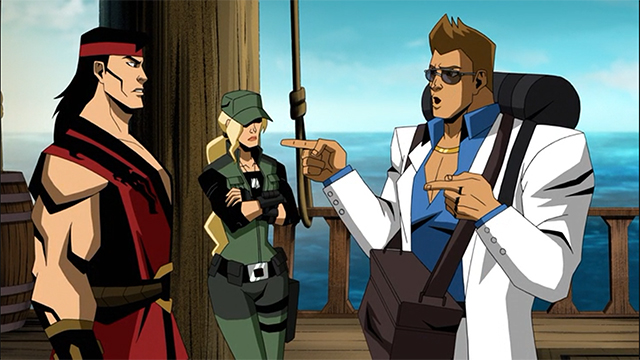 Scorpion’s Revenge pays too much homage to the story and is where the entire experience falls into a predictable routine. It tells the tale of the titular Mortal Kombat tournament on Shang Tsung’s island but with a heavier focus on Scorpion’s thread in particular.

While there are some deviations, this is very similar to the plot and roster from the 1995 film, 2011 video game reboot, and first game just to name a few. Wanting to tell that origin story makes sense, especially in this animated format, but not when it has been told so many times.

Johnny Cage still thinks the tournament is a movie. Scorpion is still mad at Sub-Zero for allegedly murdering his family and clan. Jax still gets captured. Baraka and Reptile are still pathetic jobbers. The list goes on until the end where one of the biggest changes occurs albeit unintentionally: Liu Kang’s misspelled name in the credits.

Directors (and game developers) eventually figured out that we don’t need to see Spider-Man’s origin story as it is almost common knowledge at this point. But even though Mortal Kombat isn’t as ubiquitous as Marvel’s web slinger, that first game has still been translated many, many times and deserves something more than a retelling with minor detours. Simply being a violent, somewhat novel animated movie might introduce some people to the source material in question. However, that doesn’t give it a pass for playing it safe, especially since it isn’t the most riveting narrative when divorced from the interactive nature of video games and paired with an unexciting but serviceable script.

Playing it safe like this means that you’ll often just be expecting certain scenes rather than wondering what will happen next. And that approach feeds into the rampant nostalgia that infects many fighting game players that yearn for the familiar. It’s why many people reply to all of Ed Boon’s tweets demanding that Mileena be added to Mortal Kombat 11 and also why some see the dorkiest fighters from the roster through the rosiest of tinted glasses. The fondness for yesteryear is unwavering and explains why there are unironic campaigns that insist on having dweebs like Stryker, Havik, and Sareena come back to the current games instead of new faces.

Kontent with looking back 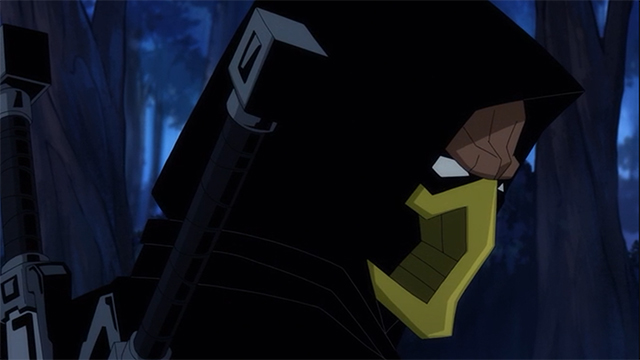 Scorpion’s Revenge seems aimed at that audience and is disappointing not only because of its lack of ingenuity, but also because of how Mortal Kombat X and 11 pushed forward. They went outside of the normal tournament setting and weren’t just nostalgic retreads repeating the same beats. Mortal Kombat 11 even served as a commentary on those old times, juxtaposing younger versions of the characters against their newer mature selves. That contrast allowed for convincing arcs and vessels that let NetherRealm add nuance to these iconic fighters.

Mortal Kombat Legends: Scorpion’s Revenge is content with staying put in the past and is a step back that is cut off at the knees because of it. The blood gushes from those leg wounds in some appropriately disgusting ways and is an utter, red-soaked sight that sells the violence in a way not usually seen outside the games. But that crimson bath doesn’t wash away the stagnant story that’s hardly more than safe fan service. Mortal Kombat was always more than its gore, but that’s almost all that Scorpion’s Revenge has to lean on.

Here are the DC Comics stories the Injustice movie should adapt

The time is now.
Originals 2 years ago