Battlefield 5 Review – What is it Good For?

“The good soldier kills without thinking of his adversary as a human being,” begins Battlefield 5. But, if you were expecting a treatise on war and the human condition, you’d be better off looking elsewhere. This, instead, is a wholly competent shooter that feels woefully incomplete and entrenched in a patchwork design philosophy that wears its influences on its tattered sleeve.

Those of you disappointed by Black Ops 4 and its staunch refusal to include a campaign will be pleased to hear War Stories are back for Battlefield 5. However, unlike its predecessor Battlefield 1, we only get three – with one more heading our way in December 4 – and each one lasts just over an hour.

Billy Bridger, the Cockney sparrow-turned-good kicks things off with a fairly decent introduction to Battlefield 5’s new way of working: a semi open-world structure that relies surprisingly heavily on stealth. It apes Metal Gear Solid 5 more than you may realize at first glance, but that slight refresh doesn’t pay off, as it neither effectively replaces the visceral Battlefield experience of old, nor does it break new ground.

The emphasis on stealth isn’t quite suited to the game’s mechanics. More than three seconds out in the open may see you become the Nazis’ latest target practice, and the cynic in me sees it as an organic way to pad out much of the campaign, which would’ve been brutally short had I not been forced to try and try again on certain objectives. The half-hearted stab at stealth, and the AI’s innate ability to spot me from half a mile away, can lead to some truly frustrating moments.

Battlefield 5 Review- I got Sol 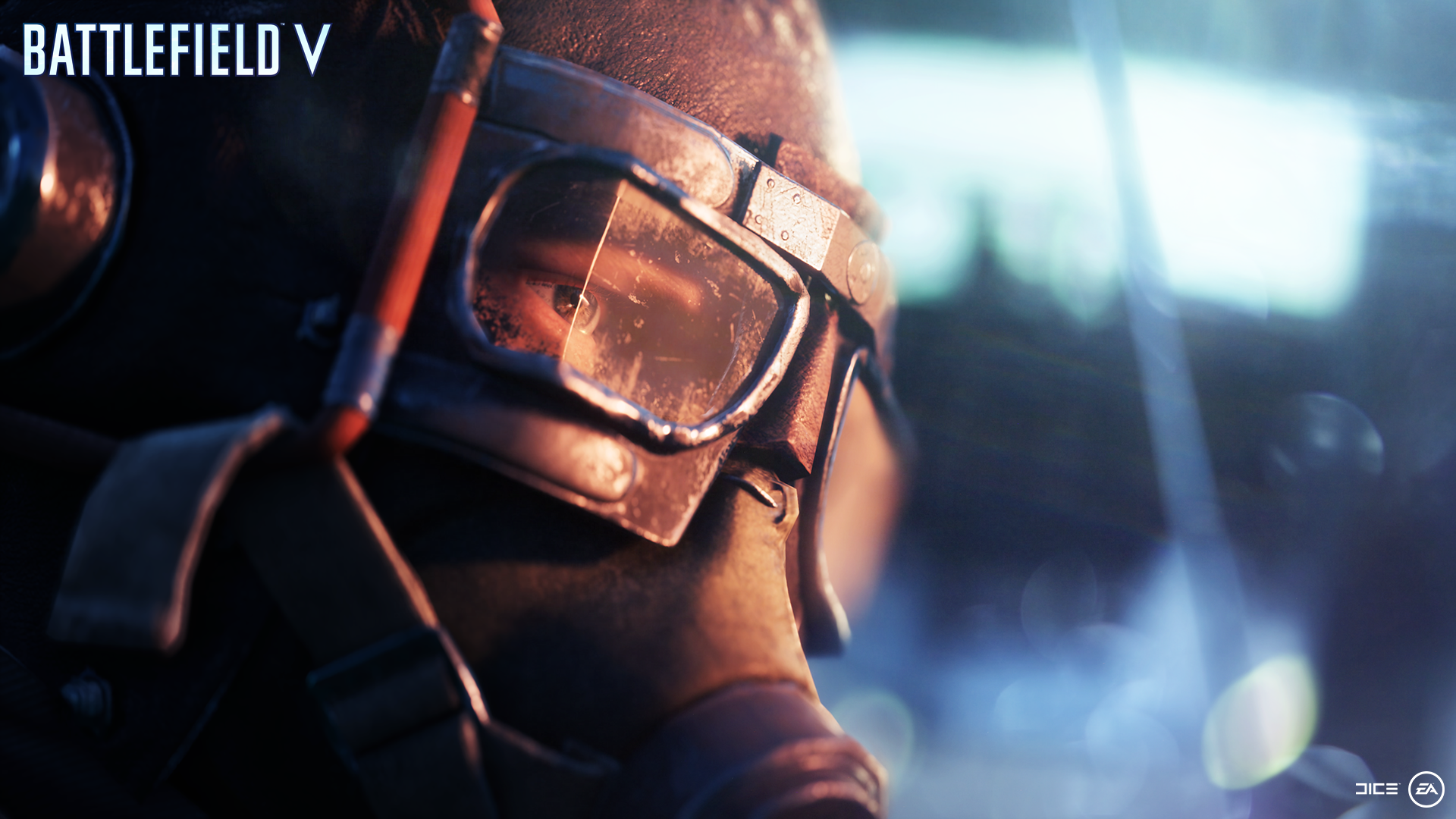 Those moments crop up in the second War Story, too. Solveig must rescue her mother from the clutches of German forces in Norway, so begins a, uhh, 75-minute quest for redemption. We never spend long enough with any character in the game to truly care for them, which is a shame. All three War Stories, if they weren’t so truncated, could easily have each unspooled into a fully-fledged campaign of its own.

Instead, we get a weird piecemeal rendition of a Battlefield 5 campaign that paradoxically seems to short-change gamers, yet also outstay its welcome. That’s never more present than in this War Story, a stealth mission that continually overshoots its end point, just to add a bit more mission-based meat to the scrawny bones of a story. The attrition-filled slog that permeates much of the War Stories’ runtime accurately reflects combat in World War 2, but feels like less like a design choice and far more like a by-product of laborious padding.

The third and final (for now) War Story sees us heading to southern France with Dame, a Senagelese soldier who, as the game reminds us at every available opportunity, is fighting for a country he’s never stepped foot in. It’s an intriguing concept, but one only ever relegated to brief cutscenes and voiceovers. Again, extending any one of these stories into something more meaningful would have been the right call on this evidence; this is a story without the plot, just the premise.

However, his mini-campaign far more like the Battlefield you know and love, and doesn’t falter as much of the others in terms of pacing issues. It’s a nice little sampler, too, for the multiplayer experience – one that will instantly prove familiar to long-time fans but may also rankle with many due to how stagnant it is.

Battlefield 5 Review – But I’m Not a Soldier 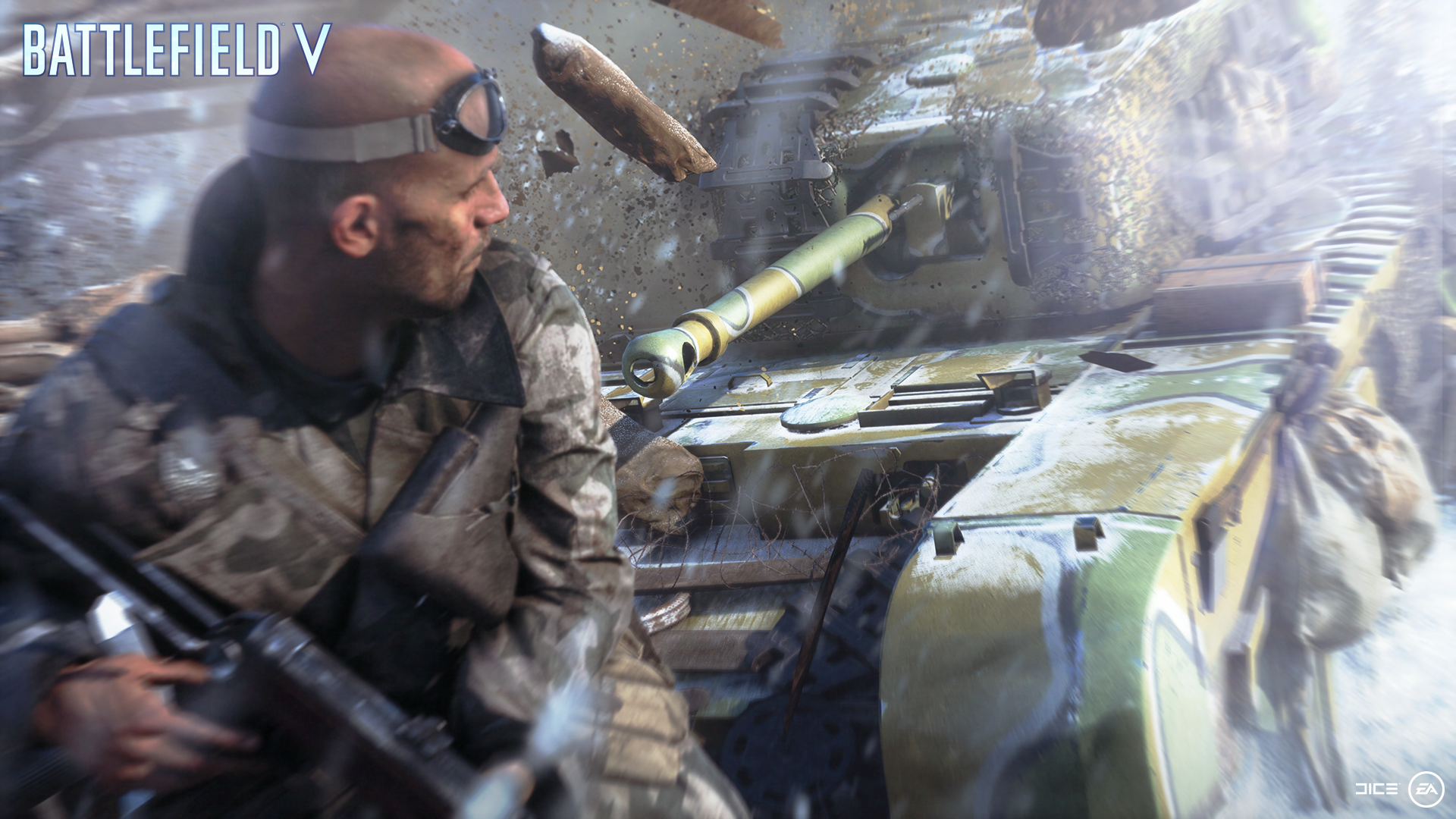 The “new” mode this year is Grand Operations. It takes the Operations mode of old and applies a new coat of paint: further objectives are now separated into “Days” with each Day being fought on a different map and with a different style of  mode, depending on the outcome of prior Days.

Despite this promising setup, it’s something that only ever works in theory. In its sloppy execution you’re left with a terrifyingly long match (you’re talking 45 mins minimum here) and, worse still, a match that can be all but over in the first 10 minutes, with the rest of the time being eaten up by your team fighting against impossible odds to restore some semblance of pride.

At least the option is there to play it, alongside familiar modes such as Team Deathmatch and Conquest. It’s a far more well-rounded package than Call of Duty, still, after all these years – but it is after all these years. Not much has changed, nor have lessons been learned, even if there are bright spots that still persist in spite of the game’s refusal to change.

Frontlines is still, for my money, the most engaging mode. A mesh of Operations, Conquest, and good ol’ fashioned Tug of War, these make the best use of maps. Tight corridors roll out into open areas, fraught with danger, bullets zip by, yet you never feel unfairly peppered by them, and, unlike Grand Operations, you’re never an insignificant speck on maps that are far too massive to really carry with them any sort of real balance.

That’s just one part of many, however. Battlefield 5, make no mistake, is a technically solid game, but it is a husk of a shooter. 4 hours of single-player content is not good enough. The effort is minimal and a series of padded mission objectives, however fun, can’t dampen the fire that’s bound to rage within the ever-fervent Battlefield community.

In a year full of iconic series – God of War, Assassin’s Creed Odyssey, Fallout 76, straying from their roots for better or worse, Battlefield 5 feels less like a reflection of 1939-1945 and more of a reflection of our times. The menus are partially blurred in expectation of future content, including its battle royale mode, Firestorm, mysteriously not ready for release; the multiplayer mayhem can only carry the spark for so long, the single-player is an afterthought, and the matches are in danger of getting perilously long. It may look like Battlefield, it may play like Battlefield but, brother, this ain’t Battlefield.

And that quote at the beginning of the review? Bizarrely, it’s swiped from a 1964 BBC documentary, The Great War, without being attributed to Stefan Westmann, the speaker of said quote. But, then, that’s Battlefield all over – a game that aspires to be both a legitimate portrayal of war and an entertaining video game, but opts to take the easy route and do rid with any semblance of mature, balanced storytelling and instead replaces it with a rushed, disjointed campaign and a multiplayer component that’s getting seriously long in the tooth.

Battlefield 5 was reviewed on a standard PS4 via a digital code provided by the publisher.

Frontlines is still one of the most engaging multiplayer modes around War Stories' premises are great, but never built upon…
Friday

Frontlines is still one of the most engaging multiplayer modes around War Stories' premises are great, but never built upon…
February 10

Frontlines is still one of the most engaging multiplayer modes around War Stories' premises are great, but never built upon…
February 21

Frontlines is still one of the most engaging multiplayer modes around War Stories' premises are great, but never built upon…
February 24