When Catherine first released back in 2011, there was much ado about its storytelling. Any game featuring mature adult relationships was a rarity, even if it was also affected by anime nonsense. Witnessing this example of what games can do was worth suffering through repetitive block puzzles, or so the consensus went at the time. But in times have changed, which is something the PC release of Catherine has to contend with. Much like our hero’s two love interests, the two halves of Catherine diametrically oppose each other. The one thing it does have going for it is that there’s nothing else quite like it, even eight years later.

Young Vincent Brooks is at a crossroads. His longtime girlfriend Katherine wants to settle down, but he’s grown accustomed to a freewheeling lifestyle. As if by fate, a freewheeling girl named Catherine falls into his lap (literally), and a new relationship of infidelity blooms. If that isn’t bad enough, men are dropping dead all over town. With rumors of a curse circling, Vincent begins to lose sleep. He’s trapped in a nightmare world of block climbing and sheepmen. Swapping between the real world and the land of dreams, Vincent must hold his life together as best he can while he decides his future.

Catherine Classic review – Puzzling it out 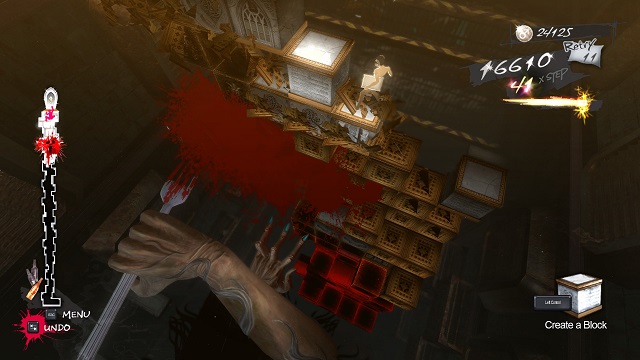 Catherine‘s main gameplay portion takes place in Vincent’s dream world. It’s basically a reverse Q*bert where you have to construct a stairwell out of a wall of blocks and climb to safety. Things start simple enough, but soon there are items and enemies to contend with and half a dozen different block types on the stack. The levels do a great job of pacing out this complexity, only faltering when they throw puzzle stages into the otherwise speed focused campaign. All told, it’s also probably a little too difficult for beginners on the normal difficulty. This is one game where starting on Easy is pretty much required.

Things haven’t changed too much since Catherine‘s initial release when it comes to structure and controls. Vincent still feels pretty loose when you’re scaling the blocks, especially for those using the joystick over the d-pad. There are also some heavy duty issues with the camera preventing you from pulling off more complex plays. It’s hard to maneuver while also shifting the camera, so moving around or behind the blocks is a chore. You’re always fighting the clock, so having your character accidentally fall into a void or onto a pit of spikes is frustrating. Considering that many of the more advanced techniques that Catherine teaches you involve these types of moves, it’s a shame that the controls require such finagling.

Every set of stages ends in a boss encounter. Each giant monster emerges from the recesses of Vincent’s fears, telegraphed by conversations in the story portions. After a tense lunch with Katherine at a cafe, you dodge a giant version of her wielding a fork. Each new foe does a great job of telling Catherine‘s story in an abstract way. It really reminds me of older arcade games back in the day. Designers only had half a minute to tell whatever narrative they could. Creativity is defined by limits, and that’s a lesson Cathrine could take to heart. The crazy monsters in each boss fight do a better job of commenting on Vincent’s fears than any number of its awkward dialogue scenes. 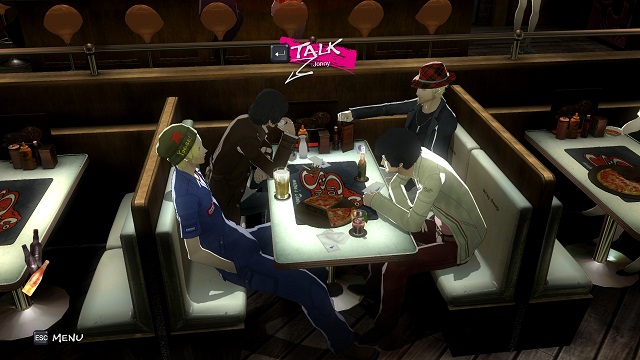 Surprisingly, these block puzzles take of the majority of your time playing, and revisiting Catherine‘s story in modern times makes the whole thing feel undercooked. There is a great cast of characters and some fun quirks, as you’d expect from the Persona team. However, the main crux feels ripped straight out of an old sitcom. Characters have a tendency to refuse to speak to one another, even if all their problems could be solved by a simple explanation. You get the sense that these are all reasonable people. They’d be able to logically accept their collective experiences and tackle it head-on.

Characters also always complain about exhaustion, to the point of absurdity. I understand putting the emphasis on all the males losing sleep, but it got more than a little repetitive. A lot of the storytelling is like that. Whereas the block puzzles turn Vincent’s troubles into monster metaphors and visual flair, the real world conversations lack all forms of subtlety.

In fact, Catherine even feels the need to explain outright that the puzzles are metaphors at one point. It’s as if Charles Dickens preceded “A Christmas Carol” with a forward explaining the three ghosts and how they represent Scrooge’s life choices. It’s so self-explanatory that spelling it out is insulting to the player, and the story pulls things like this constantly.

Not a lot happens outside of the major beats, and you have to seek out the best parts off to the side. The characters you meet at the bar every night each have a unique story to share. Listening to those is infinitely more fascinating that wondering how Vincent is going to goof his way out of explaining his actions. The narrative does pick up by the time the game leans into its Japanese origins and combines its two halves. Sure, the ending situation isn’t original from a plotting standpoint, but at least it’s interesting in execution. Even so, it’s not enough to save the narrative from being mostly a slog. 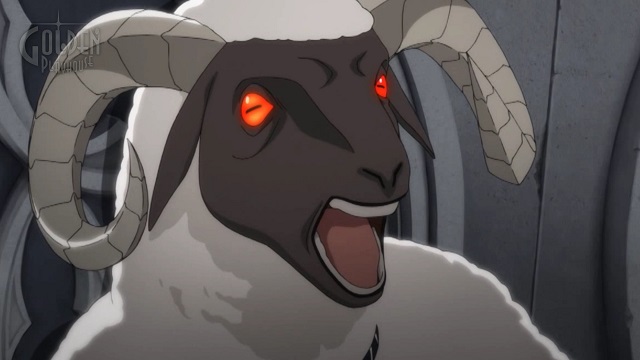 But it’s easy to see why the story was so revered when it released in 2011. Storytelling has come a long way in gaming in the last eight years. Catherine should still be celebrated for even broaching subjects like this in a world before Limbo. On top of its narrative strengths, the distinct visual style and excellent soundtrack haven’t aged a bit. As a game, Catherine still feels modern, thanks in no small part to this excellent new PC port. Everything from Japanese and English vocal tracks to the full multiplayer suite and a wealth of visual options come standard. Players new and old will have no trouble hitting up the Stray Sheep on modern computers.

Catherine is a fascinating experiment, but it’s rather uneven and has not aged well. Considering the wealth of visual novels now available in America, the game has lost a bit of its unique charm. The puzzle gameplay, while frustrating for some, still provides engaging arcade action. It’s a shame that Atlus didn’t decide to wait a few months and port over the new Catherine: Full Body. The new content in that PS4 re-release could have gone a long way to reinvigorating this aging tale. Still, anyone who has fond memories of the original will find their needs fulfilled. Just don’t expect this lover’s quarrel to be as engaging as it might have been last generation.

Catherine Classic was reviewed via PC via a digital code provided by the publisher.

No space for last-gen.
Games 12 hours ago

Resident Evil: Welcome to Raccoon City Review: ‘Itchy, but not so tasty’

Don't let this evil take up residence.
Film 1 year ago
9

Lost Judgment Review: ‘Too much of a good thing’