Resident Evil: Welcome to Raccoon City Review: ‘Itchy, but not so tasty’

As a massive fan of the franchise, I was cautiously optimistic about Resident Evil: Welcome to Raccoon City. As deliciously cheesy as it was, the previous film series took a hard left turn from the source material almost immediately and was barely recognizable as Resident Evil by the time the sixth and final film was released in 2017. Welcome to Raccoon City was positioned as a much more faithful reboot that would be a delight for anyone who had explored the rotten confines of the Spencer Mansion or the dusty corridors of the RPD and newcomers alike.

After viewing Welcome to Raccoon City, I’m puzzled by why it was written the way it was. The film definitely shows a love and familiarity for the first two games but manages to jumble almost every facet of them up to negative effect. Unlike the previous film series, which just attached some basic location and character names to what is essentially its own universe, Welcome to Raccoon City goes out of its way to ensure certain things are exactly the way they were in the games. So, it’s incredibly confusing to me as to why the movie turned out the way it did. 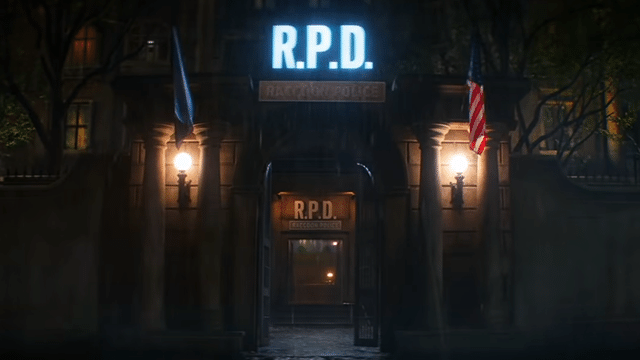 The premise of Resident Evil: Welcome to Raccoon City is a bit strange. The narratives of the first two games in the series have been blended and take place simultaneously. So, while Claire and Leon are struggling to escape the RPD, Chris, Jill, and Wesker are investigating Umbrella and the disappearance of STARS Bravo Team at the Spencer Mansion.

Also, all the characters are a bit different, and their relationships are altered. Chris and Claire Redfield grew up in Raccoon City Orphanage in this continuity. Lisa Trevor is also there for some reason, and she sneaks out at night. She and Claire become “friends,” even though she still wears a bunch of ripped-off faces. Also, Birkin works here and is experimenting on children.

When they grow up, Claire runs away from the orphanage, and Birkin adopts Chris (for reasons that are never really explained). As a result, Claire becomes a bit of a vagabond conspiracy theorist, and Chris stays on the straight and narrow and becomes a member of STARS.

Flashing forward to 1998, Umbrella’s HQ is leaving Raccoon City, and as a result, the town is dying economically. However, as they’re pulling out, something happens, and a zombie outbreak begins. At the same time this is happening, Claire comes back in town after seeing a tape from reporter Ben Bertolucci saying that the city is doomed.

Meanwhile, Leon, who is incompetent for some reason, is just starting his career at the RPD. He’s a bit of a loser until halfway through the movie when he shoots a zombie and gets his shit together for some reason.

I Ain’t Got No Clue Darlin’ 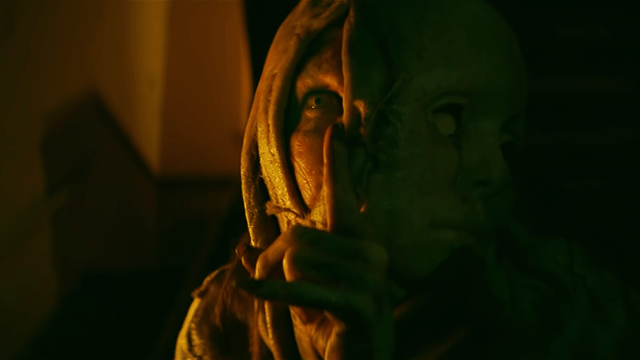 So, since Resident Evil 1 and 2 are happening simultaneously, we have four hero characters upon which to split our focus. However, no one really matters but Claire. Claire is the protagonist, and her character has been completely changed. She’s no longer an innocent college student searching for her lost brother. Instead, she’s a hardened, streetwise woman who breaks into houses and doesn’t take guff off anyone.

To offset this, Leon is an idiot who doesn’t even notice a semi truck exploding outside of the RPD because he’s asleep on the job. I’m not sure why the writer hates Leon so much. They’re obviously familiar with Resident Evil, so they know Leon is anything but incompetent. Instead, it feels like he’s been made into a bumbling buffoon to make Claire look even cooler and more badass than she already is. It’s a bad look for a film that claims to embrace the subject material and a slap in the face of fans.

Despite Chris and Jill being in the film, they’re basically cardboard cutouts. Chris is a by-the-numbers cop, and Jill is a rehash of Michelle Rodriguez’s character from the original Resident Evil movie. Also, for some reason, Jill and Wesker have a thing going on in the movie, which is gross.

The villain of the movie is predictably Umbrella. However, we never delve into where the zombies came from, how the outbreak spread so fast, or anything of the sort. Also, inexplicably, there’s no antagonist for most of the film. They could have easily had Mr. X chasing everyone around and cashed in on the hype that character brought to the Resident Evil 2 remake. Instead, he’s completely missing from the narrative. 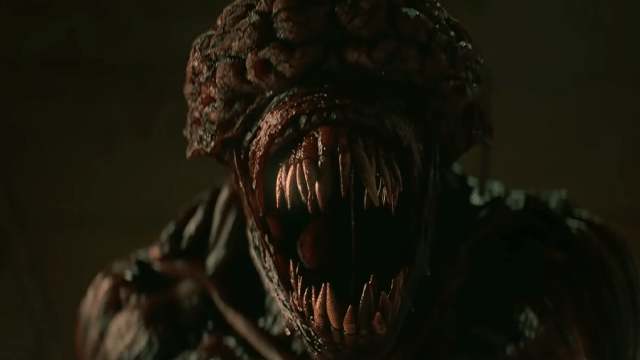 Because the plots of the first two games have been condensed into an hour and forty-five-minute film, there are a lot of issues with the plot and omissions. The gang is not clearing the RPD and Spencer Mansion room by room and solving puzzles as we did, which is understandable. Still, some notable absences don’t make much sense. There are also some major missing characters. Most of the Alpha and Bravo Teams are omitted, including Barry Burton and Rebecca Chambers. We’re also missing Leon’s subplot with Ada Wong entirely in the film.

The weirdest thing about the way Welcome to Raccoon City was written is that doing one movie per game would have worked just fine. A close-in Night of the Living Dead-style romp through the Spencer Mansion followed by a more action-packed sequel set in the RPD could have been a lot of fun.

What makes this all the stranger is that the movie has quite a few sets for its $25 million budget. The lobby and front of the RPD were lovingly recreated, and parts of the Spencer Mansion are also faithful to the game. So, instead of spreading the money on sets between so many areas, doing one really well and focusing on just one of the two games’ themes and story could have saved this from mediocrity.

Instead, the film feels rushed, and we have to hurry from one place to another so quickly that no suspense can build. The issues that viewers criticized about the previous Resident Evil movie series are just repeated here. There’s too much action, not enough horror, and it’s just a slapdash of Resident Evil concepts, locations, and characters assembled in a semi-coherent order.

For longtime fans of the game series, Resident Evil: Welcome to Raccoon City is an enjoyable, easter egg-filled adventure through a theme park. It’s fun to watch, but it’s just a loosely-bound assembly of similar events, which individually don’t leave much of an impression.

However, as a reboot, this film is itchy, but not so tasty. I’d hate to have to watch it without any context as to what’s going on and who the characters are. Concepts are introduced and dropped in the same scene, and there’s little explanation as to what’s going on during any given scene. Unfortunately, whether this flops or turns into a series of films, we’ll have to wait another 20 years to see if someone can do a Resident Evil film right.

Plenty of Easter eggs for fans. Some good recreations of locations from the games. Tries to tell two games worth…
Friday

Plenty of Easter eggs for fans. Some good recreations of locations from the games. Tries to tell two games worth…
February 10

Plenty of Easter eggs for fans. Some good recreations of locations from the games. Tries to tell two games worth…
February 21

Plenty of Easter eggs for fans. Some good recreations of locations from the games. Tries to tell two games worth…
February 24

Now is the winter of our discontent.
3 months ago

The release date for the upcoming Resident Evil Netflix series has been revealed as July 14, as revealed by the…
News 11 months ago
0

Resident Evil: Infinite Darkness Review: ‘There’s a reason that Capcom did a soft reboot of the series with RE7’

Resident Evil Village hasn’t even been out a week yet, but there are already some fantastic mods for the PC…
Originals 2 years ago