The previous episode of The Walking Dead The Final Season was hampered by both in-game and real-world issues. Broken Toys, the third installment in this once-doomed series, automatically fixes some of those in-game problems since its existence ensures that at least some threads aren’t left dangling. Although its release was a small, semi-problematic miracle, that doesn’t guarantee that it’ll be a worthwhile game. But even if it isn’t the best of the season, it still pulls its weight while also effectively setting up a grand conclusion.

Suffer the Children, the second episode, mainly served as a setup. Not much happened but it briefly introduced (and reintroduced) some characters and was generally sowing seeds that would eventually blossom into dramatic moments if given the chance to sprout. This episode’s job is to make good on that setup and it mainly does, especially with a few key characters.

James, the unusual zombie whisperer from the second episode, gets more time in this installment. Instead of a mere cameo, he plays a decent role in the story and divulges why he does what he does. However, while an interesting take on a character, his motivations are just a bit too out there and surreal for a story this grounded. Pondering the humanity of zombies is a novel concept in theory but buckles a bit under how silly it is, which you can thankfully tell him to his face. Given some of the subtle clues, it’s possible that his inclusion will recontextualize the ending, but, for now, he’s just a semi-endearing oddball that isn’t quite fulfilling his full potential. 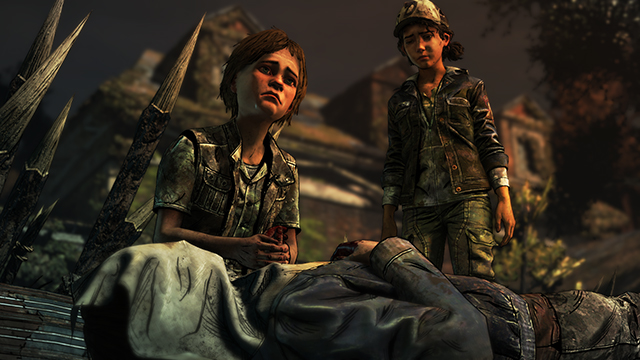 And while the exposition-heavy nature of the last episode at least gives James a jumping off point, the climactic battle from said episode is more impactful on the other members of the cast. Given the quick, devastating nature of it all, it opens up some new wounds and once again throws the cast deeper into despair. Seeing the already tormented kids struggle to keep it together is where the game derives a lot of its compelling interpersonal drama.

More importantly, that disastrous raid gives this episode more of an overarching purpose that goes beyond character building. Forming a plan to rescue the missing crew puts Clementine into a more active role that is far more engaging. It brings her to new places and hangs a narrative goal above her head that moves things forward, which is something the last episode mostly lacked.

There are a few moments where AJ evolves as the plot develops and his troubling killer mentality continues to a be an interesting time bomb that’s bound to explode. His relationship with Clementine is still sweet and reminiscent of the bond she and Lee had in the first season. But the game’s ability to tease a more twisted outcome from the younger traveler is well done and continues to be one of the most vital beats of the season at large.

Seeing whether or not AJ will morph into a ruthless psychopath will hopefully be answered in the final episode and raising questions like that is what a penultimate episode should do. In addition to AJ’s mental state, the game’s plot also carries forth and leaves the characters in a precarious scenario. The revelations that happen near the end rapidly ratchet up the stakes and cut it short just before the tension explodes. It’s an effective use of a cliffhanger that will give the final episode a higher potential for a running start. 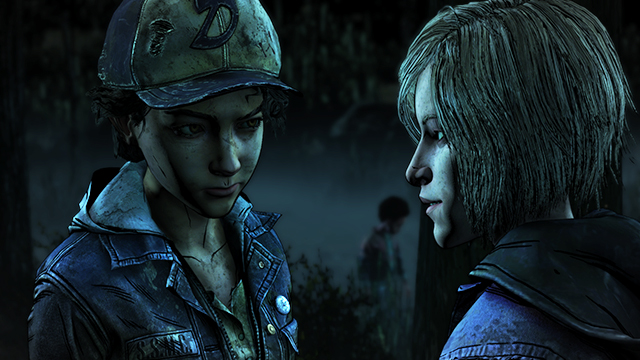 Although for all the action and suspense that carries this episode, it comes at the cost of some of the quieter moments that act as the valleys to those adrenaline-filled peaks. Each other episode has had a calm scene that fills out the characters and is a good break from the zombie apocalypse. The dinner scene from the debut and the card game from the follow-up are particular standouts because of their ability to blend humor while not sacrificing the crushing drama that engulfs the world.

Broken Toys is not so successful in its comparable sections. Its party scene if initially a good idea but quickly takes a premature detour to Sadtown and forgets to stew in its lighthearted humor. The romantic encounters are also theoretically reasonable but also all too brief. Neither are wastes but are dampened by how quickly they move on and pale when put up against analogous scenes from the past.

The episode in general echoes this mentality of maintaining a relatively high bar of quality but still feeling a bit rushed. Between some of the cut traversal scenes and the aforementioned condensed acts, Broken Toys moves along almost too quickly. The Walking Dead The Final Season has already been shorter that the other seasons in both episode length and quantity so it’s a bit worrying that this could translate to a hastily compiled finale. Whether or not this has anything to do with the season’s rocky development is impossible to know but similarly impossible to not think about. 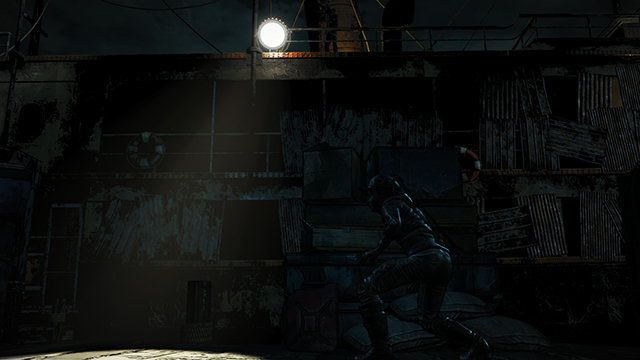 Its gameplay systems only look rushed when not acknowledging how glacially Telltale-style games move in that department. Despite lacking the smoothness of more dedicated games, the shooting and zombie killing mechanics are appreciated steps in the right direction. Broken Toys adds stealth to its repertoire and attains the same results; occasionally clunky but worth it for the added interactivity. Along with this season’s new camera, Telltale was obviously trying to move into more traditionally gamey territory by adding new systems in each episode. With some iteration, the studio could have achieved greatness.

But it didn’t that luxury of fully existing long enough to get that extra time. The tormented development of The Walking Dead The Final Season Episode 3 makes it a little hard to celebrate Broken Toys’ release because of how many real people were screwed over along the way. But, as an episode, it does its job of continuing the plot of the prior installments while dialing up the drama necessary for a stressful conclusion. This episode may sometimes sprint on the way to that conclusion but it’s just going to be a few months until we find out whether or not the odd rush had a greater purpose.

The Walking Dead The Final Season Episode 3 was reviewed on PS4 via a digital code provided by the publisher.

Sets up last episode well. Solid cliffhanger. Great character moments near the end. Pacing is slightly too quick. Not as…
Friday

Sets up last episode well. Solid cliffhanger. Great character moments near the end. Pacing is slightly too quick. Not as…
February 10

Sets up last episode well. Solid cliffhanger. Great character moments near the end. Pacing is slightly too quick. Not as…
February 21

Sets up last episode well. Solid cliffhanger. Great character moments near the end. Pacing is slightly too quick. Not as…
February 24

It goes splat!
News 2 months ago
7