SBK X Championship is masterfully done with grace, elegance, and a type of workmanship a true motorcycle enthusiast can enjoy; that is, if it were made in a day. Here's how the story goes: “God” created the world (including the gaming heavens) in 6 days, and on the 7th day, he rested. Unfortunately, that's the same day SBK World Championship was put into production.

Quantity over quality may seem like a great bullet point for a game when it costs an average day’s salary, but in this case, no one should be fooled by all the lovely garnishes and trimmings of this moto-salad. The idea of more isjustified, though; it makes for rounded gameplay and introduces new users to the world of competitive motor-sports. Players can spend hours upon hours in just one game mode, with the plethora of race tracks, riders, motorbikes, and challenges galore.

Controls are smooth with fairly decent looks of realism. While bending corners, riders duck, lean, and stick that knee out in preparation to pass the next driver; just like how you used to do it at the local arcades. But unlike the arcades, there’s no feel to it. Driving the courses feels impersonal and lacks substance. Zipping through Spain’s super-track at speeds surpassing 180 miles per hour may sound amazing, but it’s just not enough. Motor-bikes were given the nickname “crotch rockets” for a reason; and that reason, is powwa! And there's just no power here, just putt. The sounds for the engine are also tame, and the most players can do against their opponents is bump them.

On the upside, the game is easy to handle for beginners. A feature that has been seen before in other racing titles, such as the Forza series, has been added for gamer pleasure (or torture): the suggested line, which shows how turns are meant to be done. Green for all-out throttle, yellow for slow down, and red for braking. It’s designed to teach drivers the flow for a course and know when and how to maneuver them. Getting caught up in the suggested line can pose a problem, though, like over thinking and attempting to do exactly what the line shows. Having the option to turn it off may benefit some, particularly with the extra upgrade points, and make players remember, “Hey, this is a racing game, watch the damn track and turn when you see a corner”.

In comparison to other cycle racing titles, SBK X fits the standard mold as far as game modes and playing interest. It would have been nice to be able to create a custom bike as well as uniforms and helmets. Most of everything is preset with little option to personalize your team or other features. 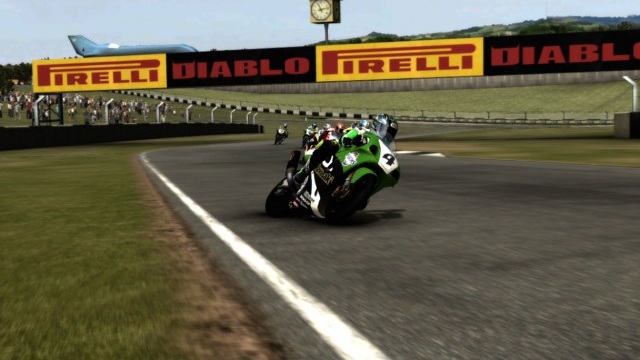 Story mode is by far the most time-consuming option in the game. With hundreds of races, you work your way through the three different classes—superstock, supersport, and superbike—in route to claiming the prize as the ultimate top-dog motorcycle genius racer. And with being able to choose from more than 80 riders, how could one not be deemed head schnitzel?

Straightforward and simple, SBK X Superbike World Championship (shorter name next time, maybe?) gives a safe performance. The best part of it all is really the ability to change camera views from third person to first person view, which show all the cool realistic gauges and the driver's hand movements. But the game just isn't innovative or exciting. It's just another racer filling up the shelf.

New additions include Persona and Stranded Deep.
News 4 weeks ago
7

The dynamic.
Tech 1 month ago