After creating five unique games, players know what to expect from a David Cage experience. You get something narrative-driven and story-heavy, rooted in clichés and emotional pathos. Cage’s games can be overwrought, cheesy, and even nonsensical at times. Despite all that, there’s a laser-focus on characters that make these games stand out. Each tale features unforgettable small moments that make it worth pushing through the chaff. 2013’s BEYOND: TWO SOULS, originally released on PS3 before its recent Epic Game Store debut, may be Cage’s best work. Minus a few hilarious diversions into B-movie territory, Beyond tells an interesting sci-fi tale that resonates with anyone who’s lost someone to the Infraworld.

Beyond: Two Souls PC Review | Friends on the other side 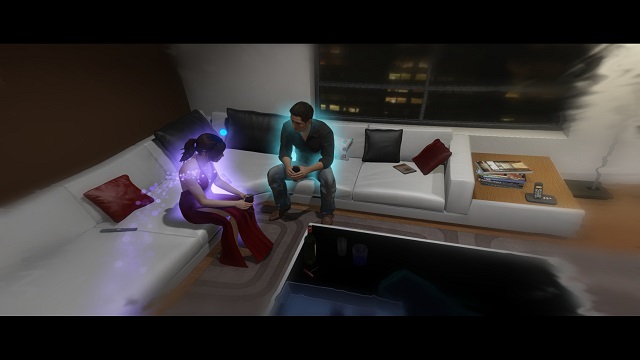 You play as dual protagonists Jodie and Aiden. Jodie is able to touch the spirit world with powers she can’t explain. Aiden is an Entity from the other side bound to Jodie’s body since birth. He helps her whenever he can, although he’s not above shaking the furniture around for fun. Born in a government lab in the Pentagon, you see Jodie’s life as she goes from the girl in the Exorcism to a grizzled CIA veteran and everything in between.

By default, story segments jump all throughout the timeline in a nonlinear fashion. There is a “Remix” option (first added in the PS4 re-release) if you’d rather play through in chronological order. The original take is the better one to dive into first and it is far less confusing than many players seem to believe. That original narrative has so many neat payoffs that go unfulfilled in the nonstandard order. It’s definitely worth investing the time it takes to sort it all out.

Part of that is due to the motion capture acting, technology that makes many of the game’s smaller moments exceed expectation. Both Ellen Page and Willem Defoe earn their paychecks, but even the supporting roles also feature brilliant acting. It may be commonplace now, but Quantic Dream has a handle on capturing subtle performances that few others match. In particular, Kadeem Hardison pulls off a charming side character in Cole, a lab assistant who awkwardly tries his best in increasingly over the top situations. It can be hard to pinpoint where he was going at times but the resolution to his arc was most satisfying and he remained blissfully untainted by Beyond‘s tendency towards ridiculousness. 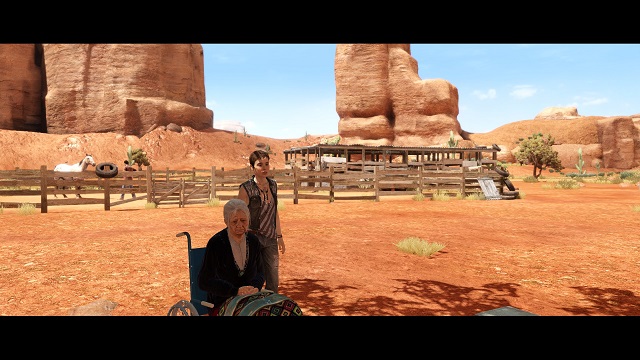 Of course, not every character’s arc is so praiseworthy. Main character Jodie might suffer the most from David Cage’s peculiar understanding of emotion. Ellen Page seems to be left sobbing and vulnerable at the end of every chapter. The story beats her down so much that it becomes less tragic and more comical. Willem Dafoe has less to do than you’d like as Jodie’s de facto caretaker. He’s static for most of the experience, with big character moments that take far too long to bubble to the surface. If there had been more focus on the relationship between Page and Dafoe, the story would be much stronger. Sadly, Beyond seems to relish in adding explosions and flights of fancy that do little but pad the runtime.

Beyond the ridiculous premise of “magical ghost woman saves the world,” players of Beyond need to accept so much. The Navajo section is the most infamous of the bunch as it is an hour-long detour into the lives of a Native American family. This tangent feels less like a vital chapter in Jodie’s story and more like an X-Files rerun jammed into a video game. There’s the fact that Jodie goes through military training, joins the CIA, and then bails because she “doesn’t want to take orders.” There’s an interlude with a group of homeless characters, drunk teenagers at a birthday party, an adventure in a submarine. Every chapter has new characters you’re supposed to instantly care about, and it’s just all so much. The constant shifts in tone and cast do nothing but dilute the main quest. Unfortunately, that same main quest is where all the good stuff is. 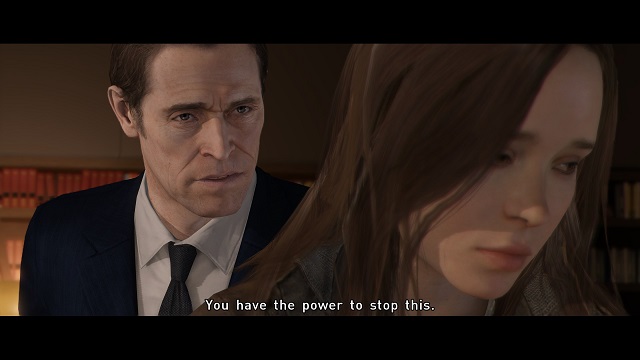 If David Cage is going to stuff his games full of ridiculous tangents, at least they’re all beautifully realized. Even years after the PS4 port, Beyond: Two Souls is a gorgeous game that takes full advantage of the PC platform. Even on a less capable machine, Beyond looks as sharp as a 2019 release and runs just as smoothly. While you don’t have a whole list of graphics options, the port covers what a story-heavy experience needs. You also get the game’s lone “Advanced Experiments” DLC, which offers a brief half-hour diversion into a world where David Cage made Portal. Quantic Dream has always been excellent at ringing out the full power of PlayStation machines and that effort transitions over to PC effortlessly.

What doesn’t transfer over quite as well to PC are the controls. The gameplay of Beyond: Two Souls doesn’t come up much when talking about the game and that’s for good reason. Quantic Dream gameplay is simplistic to a fault and always in service to the story. Instead of a traditional control scheme, players have light interactions with scenes, whether that be through quick-time events, dialogue choices or just brief button prompts to perform simple actions. On a gamepad, this all works exceptionally well as you’d expect. Outside of an annoying tendency to not detect a controller unless it’s on when you start the game, you’re getting the console experience on PC.

On keyboard and mouse, Beyond‘s admitted lack of finesse in this department becomes downright incompetence. It’s hard to blame the port too hard for translating complex nonstandard gameplay to a brand new device. Still, there’s almost no point to even having keyboard support in here. Controlling your ghost pal as he jets through walls is an obnoxious chore when you have to slowly turn the camera with the mouse. Perfectly serviceable gamepad button prompts become a game of translation on the keyboard. Forget deciding about the next story beat, let me spend five minutes deciphering that an up arrow and an L means the Left Shift key. If you’re going into this hoping to get some David Cage in on your laptop, just be sure to pack an Xbox controller. 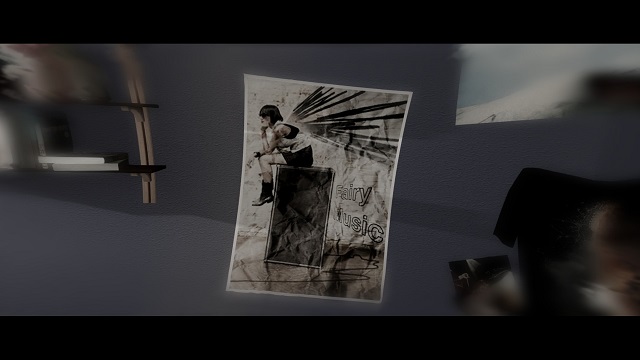 Knowing the rest of David Cage’s body of work, it’s easy to go into Beyond: Two Souls expecting a farce. While it will make you chuckle at times, overlooking Beyond‘s problems is worth it to get to the story that is buried underneath. If an editor were to remove about half of the chapters in this game, it would make for a thrilling and satisfying tale about life and loss. As is, Beyond: Two Souls is over the top silliness that hits a lot of the right notes despite itself. If you’ve been scared off of Cage’s work before and you don’t mind a tale that takes itself much too seriously, you might just be hooked by Jodie’s journey.

GameRevolution reviewed Beyond: Two Souls on PC via Epic Games Store with a code provided by the publisher.

Amazing graphics that hold up in the modern age. Excellent PC port that works on all manner of machines. A…
Friday

Amazing graphics that hold up in the modern age. Excellent PC port that works on all manner of machines. A…
February 10

Amazing graphics that hold up in the modern age. Excellent PC port that works on all manner of machines. A…
February 21

Amazing graphics that hold up in the modern age. Excellent PC port that works on all manner of machines. A…
February 24

Spider-Man Remastered PC Review: ‘The Most Spectacular Version of the Web-Slinger’

Swinging through NYC has never been so smooth!
Games 6 months ago

Saints Row (2022) Interview: Volition on the Reboot Not Being ‘Gangster’ Enough, Saints Row 1 and 2 Remasters

There's more to the new Saints than meets the eye, says Volition.
Originals 6 months ago
9