Quantic Dream’s sci-fi thriller Detroit: Become Human has broken free of its PlayStation 4 bonds to release for the PC. It’s a gorgeous game and certainly the studio’s most ambitious title to date, but PC players are likely to have a few nitpicky concerns with the latest port, mainly for its unusual control scheme and lack of graphics customization options. 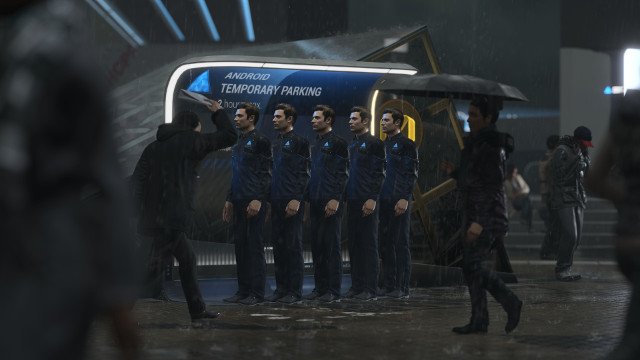 For those who aren’t familiar, Detroit: Become Human is set in a not-too-distant future where androids developed by CyberLife have replaced much of the world’s work force. While the bulk of the human population is perfectly satisfied with its new robotic servants, others treat androids with disdain or open disrespect. Unfortunately, the three title characters—Connor, Markus, and Kara, all of which are androids—typically find themselves in the latter camp, being mistreated or outright abused simply in the line of service.

The plot setup is so familiar that it can only be called cliche. Androids are slaves by design—they have been developed and produced to be housekeepers, cooks, custodians, and even sex workers. They’re relegated to riding at the back of the bus, and are disallowed from using facilities deemed human-only. Segregated and mistreated, subject to unfair and often violent conditions, some androids start becoming “deviant”—breaking their programming and emulating what resembles human emotion. The events that follow beg the usual questions: What does it mean to be alive? Should androids have human rights? And are these machines, which have been designed specifically to serve mankind, capable of more empathy and kindness than the humans who created them? 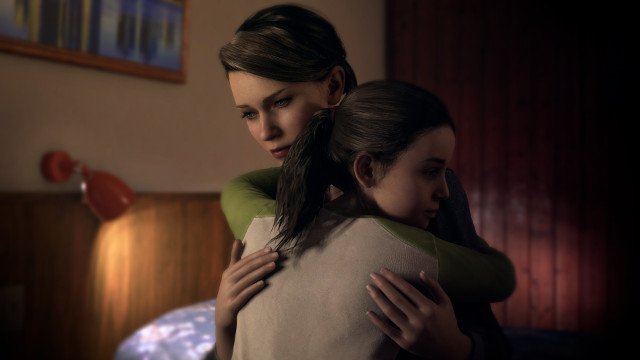 Without giving away too many more details, the whole of the story feels heavy-handed. Still, the experience itself can be both gripping and unnerving. There’s never really a point when the androids (or the player) aren’t under acute distress. It makes for remarkably tense experience, but like other story-based games of its ilk, Detroit often makes the player feel as if there are no good choices; you’ll usually have to choose one path from a handful of dire and unfortunate scenarios. The tense nature of the storytelling is also often at odds with the actual gameplay, which in the classic Quantic Dream fashion frequently involves completing tedious and monotonous tasks.

More often than not, this means players will spend their time moving around a given location and providing input for various context-based actions, better known as quick-time events. With a controller, this is simple: Approach an object and press a button, or push the joystick in the indicated direction. With mouse and keyboard, though, these types of inputs feel a little more complicated. Directional cues are usually mapped to the mouse, which feels very intuitive, but timed sequences often involve WASD inputs. Personally, I’ve always thought of WASD in-game as up, left, down, and right, but Detroit on PC instead gives these prompts using the actual letter keys. It can be confusing. To make matters worse, some of the timed commands involve hitting keys such as Q and A simultaneously, which simply doesn’t feel natural, and often caused me to miss a prompt. In a game where one small mistake can result in the death of a character, it doesn’t take long for these frustrations to build up. 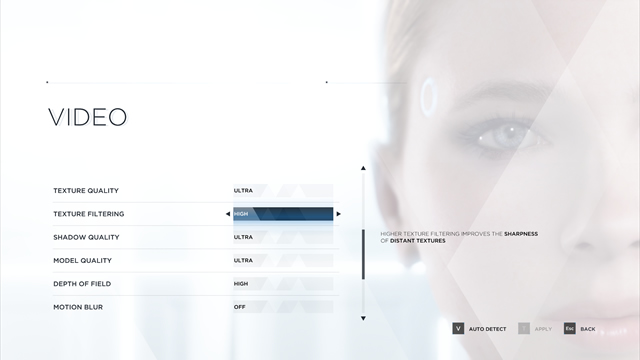 On the technical side, Detroit: Become Human for PC is relatively light on graphics or customization options. The usual adjustments for resolution, model and texture quality, brightness, and display mode are present, but there are no options for field of view or extended framerates. There also doesn’t appear to be an option to run the game in ultrawide, even though ultrawide aspect ratios can be selected in the menu. Beyond that, the game is notably locked to either 30fps or 60fps. Since my machine is an exact match for the game’s recommended specifications, I opted for 60fps, yet I still encountered occasional bouts of stuttering or frame loss, particularly in rainy scenes.

There does seem to be a bit of a concern for motion sickness, too. Prior to this release, I can’t recall a single time that my stomach has turned from playing a video game, but Detroit on PC often left me feeling uneasy. For those who haven’t played the game before, there’s a fair amount of shaky camera judder, especially in action-based scenes or when utilizing the androids’ special investigation-based senses. The problem seems to be mitigated by sitting farther back from the screen, but since this is a PC release, players will most likely be planted directly in front of their display. It may not affect everyone, but it’s at least worth considering for those particularly prone to motion sickness issues. 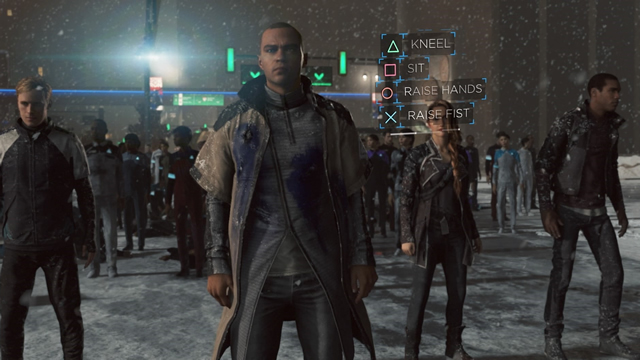 Ultimately, Detroit: Become Human is a game that means to tell a story, and the PC release is an experience that’s seemingly uninterested in serving those who like to push their systems to the limit. Moreover, playing with a mouse and keyboard offers no distinct advantage over a gamepad: At best it’s a wash, and at worst, the keyboard makes context-based actions feel even more clunky. In other words, when it comes to gameplay, there’s no real advantage to playing on the PC as opposed to the PlayStation 4.

Detroit: Become Human is inarguably Quantic Dream’s finest release yet, but it’s not really fair to say that it’s any better on PC. It still looks great, and players with powerful computers will appreciate the extra bump to resolution and overall framerate. But the heart of the experience—the story with such obvious overtones that it borders on satire—remains unchanged, for better or for worse.

Raz returns, but was it worth the wait?
Games 1 year ago

Sackboy gets stylish Death Stranding and Ghost of Tsushima costumes

The other two choices are a little weird.
News 2 years ago
9

Ghostrunner Review | ‘Expertly fulfills the dream of being a cyborg ninja’

An excellent improvement!
Tech 3 years ago