PlatinumGames has had some stinkers over the years, but, for the most part, the coveted developer has churned out multiple stylish hits since its inception in 2007. Bayonetta and Vanquish were some of the studio’s earlier creations that set the tone for what it was capable of. The BAYONETTA AND VANQUISH 10TH ANNIVERSARY BUNDLE complies both of those fondly remembered titles in one package that mysteriously fails to add any celebratory extras or updates. However, it does serve as a great reminder of their timeless, genre-defining action gameplay.

Both titles can share the same high praise because they have a lot in common. Vanquish is a third-person action game under the guise as a cover shooter. But instead of being an armored beefcake hunkering behind a waste-high slab of concrete for 90% of the game, you’ll be zipping around with your rocket suit performing anime-esque stunts while destroying legions of Russian robots. Bayonetta fits more squarely in its character action genre, but still has the same amount of ludicrous set pieces that you watch and control via lengthy juggle combos filled with plenty of demonic hair and gratuitous ass shots.

Obviously, with those appropriately eccentric descriptions, the two are incredibly weird and is partly why they’ve held up so well. There were structural differences that set them apart from other games that remain today, a decade later.

Yet that difference wouldn’t matter if they didn’t control well. Vanquish’s array of rocket boosting, weapon switching, and dodging all happen instantly and easily cancel into one another, giving you unparalleled control over what you do and when you do it. It’s uncharacteristic for a cover shooter to behave so bombastically and without weight but never unwelcome. 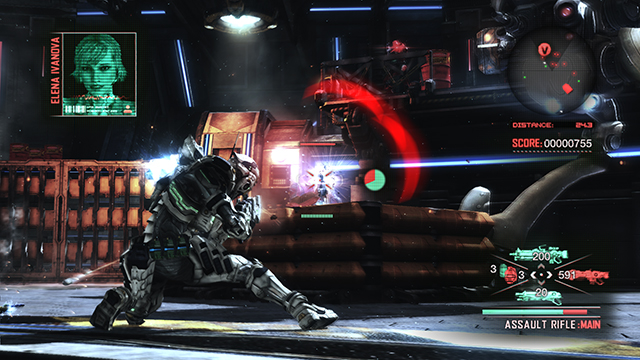 Bayonetta is similarly fluid in a more familiar sense. Her grace is a natural progression of Devil May Cry 3 and builds off that genre-defining foundation, especially considering her influential dodge move. The ability to cancel most other animations, abundance of invulnerability frames, and life-saving slow motion Witch Time makes it a microcosm for the game’s spot-on controls as a whole.

The last aspect was pretty influential, too, given how games like Assassin’s Creed Odyssey, DmC Devil May Cry, God of War, Spider-Man, and more all saw how slow motion was the perfect reward for well-timed dodge. Bayonetta having slick controls is more conventional — great character action games naturally control well — but still remarkable in its execution.

Both games are also set up to put the player through their paces and encourage them to learn the many intricacies packed within. Vanquish is managed by a boost meter that gets drained when you boost around, activate slow motion, or perform an all-powerful melee attack. Slow motion also automatically kicks in if you take too much damage, meaning that it’ll save you from death but at the cost of being vulnerable during the lengthy recharge time.

Balancing when to use it for offense or defense is at the heart of Vanquish’s gunplay as it means every decision you make has a risk and reward attached to it. Battles are often designed for letting the player openly decide how they want to play so there is no wrong answer, granted you have the skill to pull off your preferred strategy. All-out offense may seem like a death wish, but only if you don’t know the patterns and tells of each enemy and how to quickly dispatch them. Vanquish is thrilling to play because of the sense of speed it has and the kinetic nature of its movement, but it’s remained such a powerhouse in the genre because of its thoughtful gunplay that borrows heavily from Platinum’s character action game mindset. 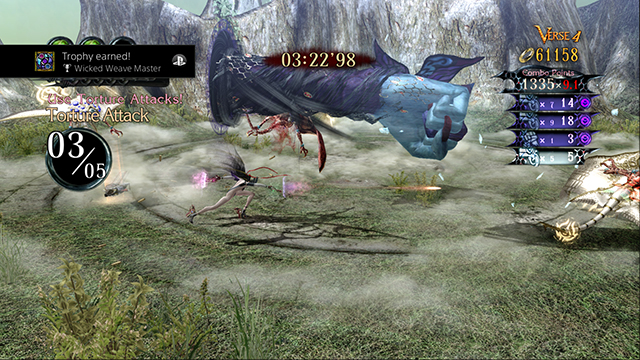 That mindset is more tailored to Bayonetta, given how it is a character action game in the traditional sense. But it goes beyond just being Devil May Cry in a set of heels. Bayonetta has significantly more moves at her disposal, freedom over her loadouts, and items she can equip, allowing for more depth and customization over her brother in arms, Dante. Aerial juggles can be longer because of those added tools as well as more flamboyant, given the flashier nature of Bayonetta’s hair-based attacks.

It’s one of the few places where Bayonetta and Vanquish split. Vanquish is a unique shooter, but slightly hobbled by its dearth of content. The game’s replayability is almost wholly hinged on its gratifying core mechanics and not any addictive upgrade system or wealth of unlockables. Bayonetta is similarly replayable because of its excellent mechanics, but also because of its economy that gives you more and more gadgets as you continue to play. It’s good from the get-go and gradually gets better as you keep learning and unlocking more stuff; a luxury that Vanquish doesn’t have with with its short campaign and shallow Challenge Mode. 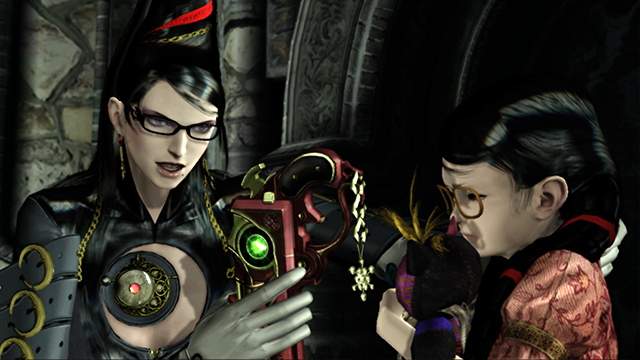 This remaster could have addressed that, but it didn’t. Aside from including Vanquish’s $2 DLC weapon pack, this version is just a straight port of each game with no added content. Despite being an anniversary bundle, there are no documentaries or any sort of special treats celebrating these landmark titles, which is a huge and disappointing missed opportunity. Sega could only muster the will to add new box art and two new themes (one of which is time sensitive) and not anything substantial like new costumes, modes, levels, quality-of-life improvements, or even a simple photo mode.

Sega seemed to have implemented some new technical issues instead. Vanquish’s gameplay does finally run at 60 frames per second (which is double that of the last generation), yet its cutscenes stutter and have a noticeable amount of artifacting. Both titles also did crash a few times and a couple trophies didn’t pop, which isn’t disqualifying, but shameful. It performs well enough for the most part and it is good to finally have Bayonetta running at a consistent frame rate on a PlayStation platform, but this bundle should have been the definitive way to play each game without any caveats.

No resolution bump can save the dry art direction. Although Bayonetta has a few angelic stages and Vanquish dips into the realm of technology-driven science fiction, neither can escape how dull everything unrelated to the protagonist looks. Levels are dry and devoid of color and tertiary characters are similarly bland clichés, which shows the contrast of care that Platinum puts into its mechanics versus just about every else. Bland levels were distracting a decade ago and even more so now as standards have only gotten higher.

Narrative standards have also exponentially gotten higher and Bayonetta and Vanquish are even further behind in that regard. They’re more akin to pornography than a well-told tale and that’s not just because of Bayonetta‘s unrelenting horniness and taint shots. Both star forgettable characters (aside from the titular Bayonetta) and poorly constructed stories that constantly interrupt the action with nonsense multiple times a mission. A handful of impressive, physically impossible set pieces make some cutscenes watchable, but the pair are full of embarrassing, tone-deaf missteps that completely misunderstand the types of stories and storytelling that need to accompany action games like this.

Minor technical problems and the same bad stories can’t override the Vanquish or Bayonetta’s quality or importance. The duo of Platinum-developed titles in the Bayonetta and Vanquish 10th Anniversary Bundle are at the zenith of their respective genres because of their undying commitment to responsive controls and deep, rewarding gameplay mechanics. Playing these titles does not get stale and while it is frustrating that Sega refused to celebrate these classic games with more extras and additional content, they do stand on their own merits even a decade later.

GameRevolution reviewed Bayonetta and Vanquish 10th Anniversary Bundle on the PS4 with a copy provided by the publisher.

Stop, in the name of the law!
Originals 2 years ago

Everything has a price.
News 3 years ago