Some might be confused into thinking Port Royale 4 is a naval-centric game. It’s not, though players do have to manage a large fleet of ships. It’s a trading management/town builder set in the late 16th century with the Caribbean as the backdrop. Players expecting a swashbuckling adventure will be disappointed by the lack of cannon fire and the preponderance of menus. This game is more “yo-ho-ho trade a bottle of rum” than many fans of the era would likely enjoy. However, for management sim aficionados, there’s some fun to be had. 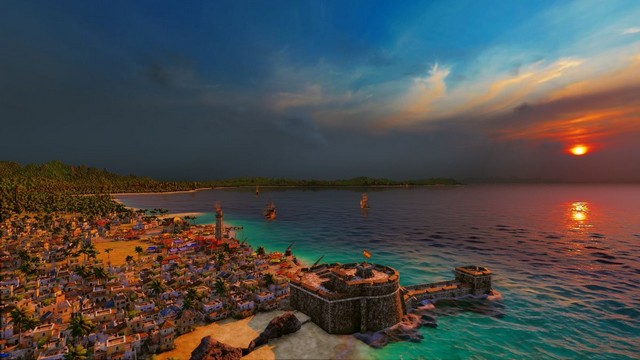 Port Royale 4 doesn’t have much of a plot. Instead, the campaign mode sets up a structure for the player to grow their empire at their mother nation’s whims. The English, French, Spanish, and Dutch are all represented here, and all four have different starting settlements and goals.

For the most part, the campaign centers around accomplishing missions given to your nation’s Viceroy, usually with tight deadlines. Completing these gets you Fame, a resource that can be exchanged for upgrades, to buy captains, and to purchase better ships, among other things.

You start as the governor of one colony, which is your base of operations for the initial part of the campaign. You control this town and can construct buildings that can make your citizens happy, produce new goods, and manufacture luxuries. You’ll need to quickly grasp the balance between how many workers your colony has, if they’re happy, and how to attract more to your fledgling settlement. 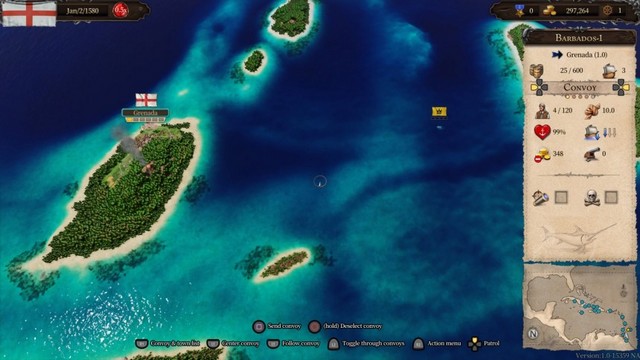 However, your colony is a money sink. To actually prosper in Port Royale 4, you must trade with other colonies. All this is done through an intricate web of menus, which can be a bit frustrating. The UI in this game is not ideal, and you must frequently switch between menus and spreadsheets to find the info you need for trading.

In the end, though, all the complexity is somewhat superfluous. Players can establish automated trade routes and sit back and rake in cash. Sure, trade routes have some complexity since users must consider things like weather, wind direction, ocean depth, and currents. However, once these routes are established, there’s nothing else to do besides accomplishing tasks from the Viceroy.

As the player builds Fame, they’ll be allowed to govern other settlements. However, the city management is relatively barebones and just comes down to numbers. If one has enough workers available, they can build new manufacturing facilities, mining, growing crops, etc. If not, they need to build houses and facilities nearby to ensure workers are happy. Rinse and repeat ad infinitum. 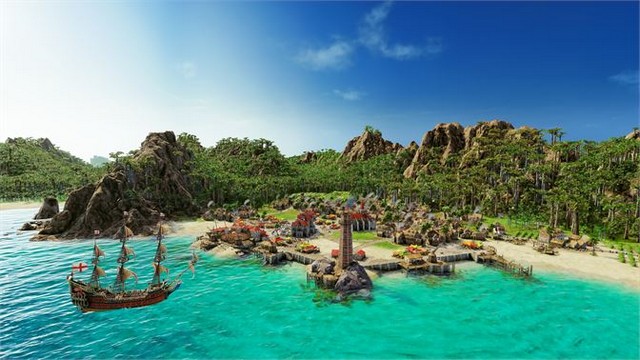 Let’s be real. The only thing people really find interesting about the Caribbean in the late 16th century is the pirates. There’s a whole blockbuster franchise dedicated to pirates in the Caribbean, though I forget the name of it off the top of my head.

Unfortunately, players aren’t going to have their pirate conquest wishes come true in Port Royale 4. Users can engage in piracy if they wish, but it’s a waste of time and effort compared to simply trading.

Combat in Port Royale 4 is very spartan and takes place on a grid. Each side takes turns until one is defeated. Movement and attacks are limited by a run-of-the-mill AP system that any fan of turn-based games will be immediately familiar with.

Ships do get some abilities, both inherently and through assigned fleet captains. However, for the most part, naval fighting is a rather dull affair.

Port Royale 4 will be an interesting distraction for fans of management sims, but none of its systems are complex enough to hook players for long. Both the trading and town building are surface deep, and after 15 or so hours of gameplay, everything is just repetition. There’s no big buildup to an endgame, so everything has that mid-game feeling of going through the paces.

It’s not to say that Port Royale 4 is a bad game. It’s just unambitious. It fails to distinguish itself in any way. It’s a good distraction for a few hours, but not a title many will find themselves returning to in the long run.

DualSense will provide an "authentic sensation" of shooting guns,
News 2 years ago

We kind of saw it coming.
Originals 3 years ago
0

Making the best even better.
3 years ago
8

The same amazing game (with the same problems intact).
Games 3 years ago