The Matrix is about as close to perfect as a film can get. It revolutionized visuals with its use of CGI and new camera techniques and told an inspiring and almost universally-liked story. Its sequels spent a bit of the goodwill the original film had earned, but 22 years later, The Matrix is considered to be one of the most influential and critically acclaimed movies of all time. The Matrix Resurrections brings a fourth film to the now convoluted Matrix mythology that I hoped would capture some of the original’s magic. Unfortunately, that’s not the case.

If I could use one word to describe Matrix Resurrections, it would be “meta.” It not so much breaks the fourth wall as caves it completely in. We’re continually reminded of Lana Wachowski’s disdain for making the film and those who hired her to do so throughout the film. Unfortunately, Wachowski was so intent on letting the audience know how much she hates Warner Brothers for wanting to make a fourth Matrix movie that she forgot to actually make a film worth watching. 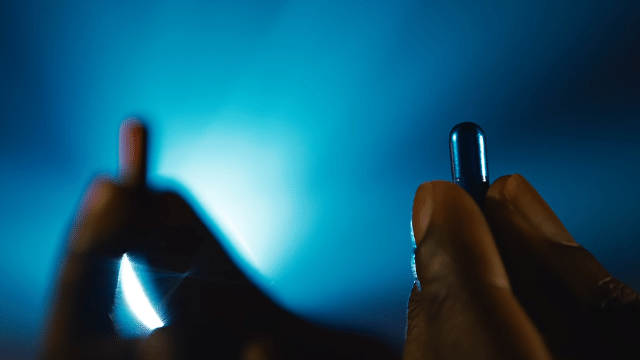 The entire premise of The Matrix Resurrections is a sarcastic criticism of the superhero trope that no hero is really dead. Like Superman, Batman, and a good chunk of the MCU, Neo has returned from the dead and finds himself in the Matrix. He’s now Thomas Anderson, a successful video game designer who hates his life. His claim to fame is a trilogy of games called…. The Matrix.

So, Neo’s life sucks, and he has a therapist that is constantly blue-pilling him (and is secretly the antagonist of the whole movie, shhh!). But wait, Trinity is here too. Except she’s married to some guy named Chad and has two kids. She and Neo frequent the same coffee shop, but they’re both beyond each other’s grasp.

Despite Neo’s reinsertion into the Matrix, he still retains many memories of his past. The machines have tricked him into thinking they’re all just part of some video game, but he subliminally starts testing this theory. A simulation he’s running somehow creates a program that takes the mantle of Morpheus. A human from outside of the Matrix, Bugs, helps Morpheus escape the sandbox that Neo has him in, and together they begin trying to red pill Neo. 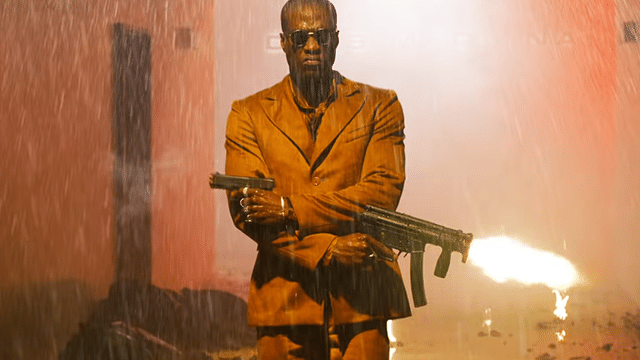 In The Matrix Resurrections, the conflict no longer centers around saving humanity from the machines. Instead, the machines have (maybe) kept their truce, and Neo’s sacrifice in the third movie even inspired many of them to have second thoughts about their goals of controlling and exterminating humans.

Instead, this film is very much a romance. The crucial bits are Neo and Trinity, and the only thing at stake is them and their relationship. I can understand why Wachowski would want to lower the stakes after the last movie. It’s hard to top the end of humanity hanging in the balance.

Unfortunately, The Matrix Resurrections has the same thing working against it as the previous two films did: lore. With the first three films, the Animatrix, Enter the Matrix, and The Matrix Online, the Wachowskis established a universe with its own history and rules. Resurrections takes place 60 years after Revolutions, so we expect to get some sort of payoff from plotlines that were never resolved, and a deeper look at both the machines and the surviving humans.

Instead, ideas are introduced and dropped continually. Here are just a few of the things that aren’t answered in the movie:

The most significant omission here is what happened to Zion. Humanity was willing to risk everything to save Zion. The machines would do anything to destroy and recreate it to keep the Matrix going. But, 60 years later, it’s gone. Humans live in a city called IO now. All we get is a hand wave that too many humans became redpills, there was an energy shortage that caused a machine civil war, and the antagonist of Resurrections, the Analyst, overthrew the Architect and renewed hostilities against humans. Oh, and there’s a statue of the original Morpheus; keep it moving.

Unfortunately, the meta-message of The Matrix Resurrections makes it hard to tell if the movie just has a poorly told story or if that’s somehow part of the commentary it’s trying to make. Wachowski laid the fact that she disapproved of Hollywood’s constant reboots and retellings that she forgot that the real problem lies with intent.

In videogaming, I like to point to the Resident Evil 2 and Resident Evil 3 remakes as perfect examples of getting it right and wrong. The former respects its source material, respectfully adding to it to make an overall fuller and enjoyable package that old and new fans can both enjoy. The latter is rushed, omits large portions of the games, abridges others, and removes features that fans loved.

Wachowski definitely didn’t want to pull a Resident Evil 3. But, that desire was so adamantly wound into the film that she avoided making it anything better. The best way to avoid making a soulless, cynical cash-in of a popular franchise is to create a thoughtful, loving reboot, remake, or sequel. Unfortunately, even though there was no one better equipped to do it, Wachowski gave the film a bitter taste that can’t be separated from its story.

Most of us say we’re tired of the same old rehashes attempting to prey on our nostalgia. At this point, pop culture is filled with worse versions of the same shit we were watching decades ago. Some quality original properties pop up now and then, but they’re always outclassed by the latest entry in the MCU, Star Wars, or whatever the flavor of the week is.

The one point that the Matrix Resurrections makes that I agree with is that we’re really all just liars. We’ll watch the hollow facsimiles of all those beloved franchises because we find a certain sense of comfort in the familiar. But is that a terrible thing? We’ve entered an era in entertainment where “subversion of fan expectations” is lauded by directors and critics, but why? Why do films like Resurrections revel in the same cynicism they claim to combat?

Fortunately, in my head, there’s still only one Matrix movie, and it’s not a sin to get stuck there in 1999 trying to jump into the sky like Neo. I’d much rather take the blue pill than wake up to a reality where this film is the legacy of The Matrix.

Actors at least seem to be having fun. Decent plot underneath all the "subtext." We know Lana, you didn't want…
Friday

Actors at least seem to be having fun. Decent plot underneath all the "subtext." We know Lana, you didn't want…
February 10

Actors at least seem to be having fun. Decent plot underneath all the "subtext." We know Lana, you didn't want…
February 21

Actors at least seem to be having fun. Decent plot underneath all the "subtext." We know Lana, you didn't want…
February 24

The Matrix Resurrections features an actual The Game Awards trophy

Fishburne, or Abdul-Mateen? Which actor will you take?
News 1 year ago

Matrix 4 is a mix of prequel and sequel

Resident Evil: Infinite Darkness Review: ‘There’s a reason that Capcom did a soft reboot of the series with RE7’