It’s a very interesting time for the custom PS5 controller market. Not only is HexGaming releasing its new Hex Rival Pro controller, but other third-parties have entered the market with similar product offerings, and the big-named Scuf Gaming has also launched its custom PS5 gamepad. Times have changed a lot since I first reviewed the HexGaming Rival, which had the big advantage of being the first to the mark for those who wanted something more than the stock DualSense experience. HexGaming now has competition, but that doesn’t mean it can’t still produce a great product. Here’s my review of the Hex Rival Pro controller for PS5 and PC. 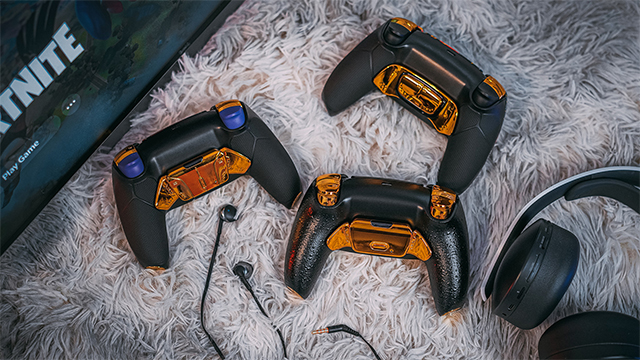 Not much, if anything, has changed with the HexGaming unboxing experience. Like with the standard Rival pad, the Hex Rival Pro comes in a subtly branded box, with replacement thumbsticks included in whichever color the user selected, as well as a manual that explains remapping for the back buttons. There’s also a card advertising six months warranty if the buyer advertises their purchase on social media. Make of that what you will.

The Rival Pro shares many of the features of the Rival, with interchangeable thumbsticks, rubberized grips, a wealth of customization options in a very generous number of colors and patterns, the “FastShots” trigger stop system for R2 and L2, the option to remove the rumbles, and a back button attachment. 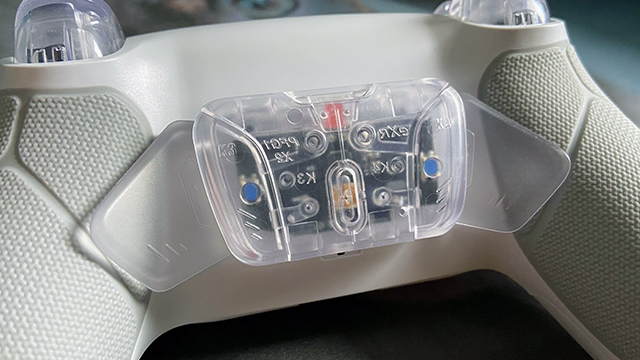 That latter spec is where the Rival Pro gets an upgrade. Instead of just two buttons being remappable, the Rival Pro’s attachment allows for four buttons to be assigned. These can be made up of any choices from X, O, Triangle, Square, Up, Down, Left, Right, L1, L2, R1, R2, L3, R3, and touchpad. If you change your mind, they can be remapped on the fly.

To be clear, the back button attachment is the same/similar to the eXtremeRate product available on Amazon here. At the time of writing, these cost $44.99. Obviously, you need to have the confidence to install these yourself without breaking the controller — which is very easy to do with the DualSense — and that’s where HexGaming comes in to save the hassle for a price. 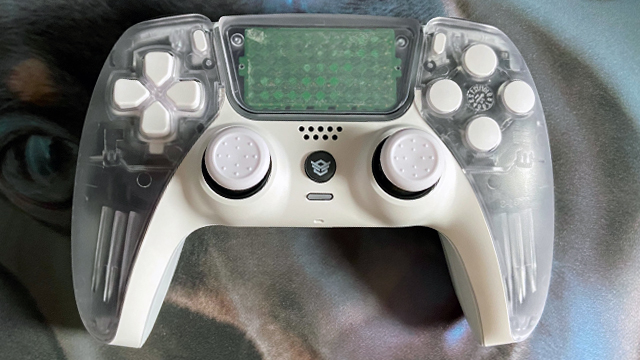 This time around, I went with a totally clear version of the controller with white accents. All-in-all, I think it looks fantastic. With the clear color options, it’s more difficult to hide any scuffs from reviewers such as myself. While you can spot a small mark beneath the touchpad in the top right, I’m overall very happy with the retro vibes it gives off.

For the Hex Rival Pro, I also opted to remove the rumbles. After using the DualSense since the PS5 launched, I’ve often felt like it’s a bit heavy for prolonged use. As someone that has now disabled vibration functions in all games, the rumbles just feel like pointless added weight, so I was very eager to try a custom pad with them removed. I’m happy to report that the rumble-less Hex Rival Pro feels wonderfully light, though with enough weight to not feel fragile or cheap. 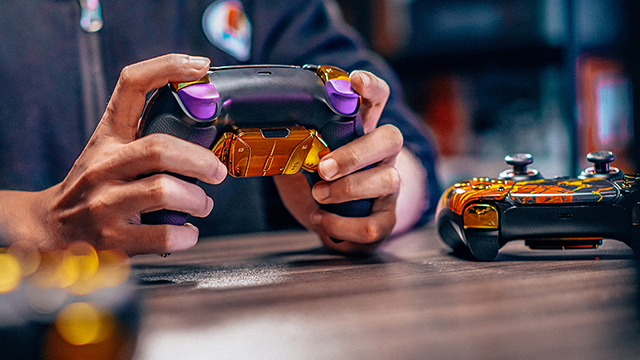 Unlike last time, I opted not to include the FastShots triggers as, though they are awesome for first-person shooters, I found that they can cause some issues in select racing titles. I also think that the DualSenses’s adaptive triggers are pretty awesome in games that implement them well, so I’d personally recommend dodging FastShots and saving yourself $30.

After using the Hex Rival Pro for some marathon sessions in Apex Legends, Call of Duty: Black Ops Cold War, Warzone, and Saints Row, I’m pleased to say the combination of the new back button system, grips, and removal of the rumble make for the most comfortable PS5 controller in my collection so far. 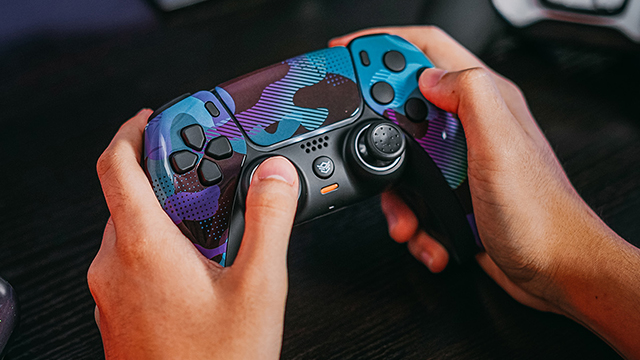 Starting at $199.99, the Hex Rival Pro controller rocks that premium price tag like all of its competition. For a custom PS5 controller, you really do have to pay to play if you’re not willing to risk doing the mods yourself. With that said, HexGaming has lowered its pricing over the past year.

For those who know the huge advantages that back buttons and other pro-level features can offer in competitive games, the cost may well be worth it for getting the edge in thousands upon thousands of future gunfights.

If you’re dropping $200 or more on a custom PS5 pad, HexGaming remains up there as one of the top companies selling them, and the Hex Rival Pro with its four back buttons is a killer PS5 Pro controller that has a ton of style.

The four back buttons are well-placed and easy to activate. Selection of customization options is fantastic. Removable rumble motors! Grips…
Friday

The four back buttons are well-placed and easy to activate. Selection of customization options is fantastic. Removable rumble motors! Grips…
February 10

The four back buttons are well-placed and easy to activate. Selection of customization options is fantastic. Removable rumble motors! Grips…
February 21

The four back buttons are well-placed and easy to activate. Selection of customization options is fantastic. Removable rumble motors! Grips…
February 24

Too far-fetched?
News 3 days ago

Seems like timed-exclusivity is the way to go.
News 1 week ago
9