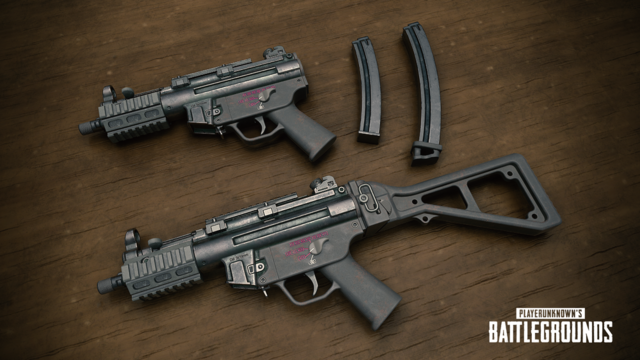 A new submachine gun made its way into PUBG with the 1.12 update this morning. The MP5K will be replacing the Vector on the Vikendi map. The MP5K is similar to the Vector in a lot of ways but is not completely the same. Despite the similarity, the MP5K does have a higher per-bullet damage and magazine size than the Vector, but a lower firing rate and DPS. 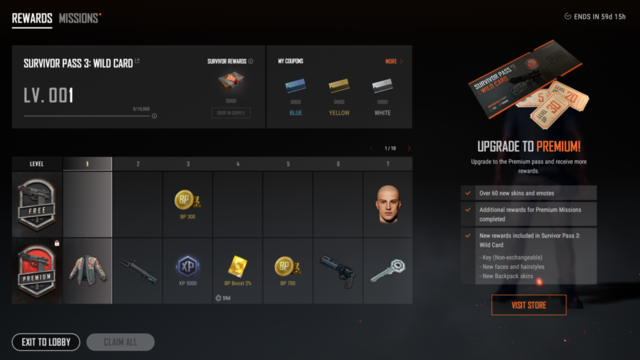 Survivor Pass 3 is finally making its way to consoles with the PUBG 1.12 update. Survivor Pass 3 will have new missions, daily challenges, and more throughout the event. There will be a total of 60 different rewards that players can unlock as they level up, as well. Complete details surrounding Survivor Pass 3: Wildcard can be found on the official PUBG website.

In addition to all of the content additions, there were also some minor tweaks that came with the PUBG 1.12 update. Some of those minor tweaks address weapon balance for many of the guns. The guns that were affected are the M16A4, Vector, UMP45, and MK47 Mutant. The changes affect a variety of guns in a multitude of ways, the complete details can be seen in the complete list of patch notes further down.

The MP5K is a brand new sub-machine gun chambered for 9mm ammunition. MP5K is exclusive to Vikendi and replaces the Vector on that map.

While the firing mechanics of the MP5K are similar to those of the Vector, it boasts a higher per bullet damage, but with a lower overall firing rate and DPS. This SMG also has a higher magazine capacity than the Vector, starting at 30 rounds by default with 40 rounds in an extended magazine.

Key characteristics of the MP5K:

Survival Title System is launching Season 2 with some changes

The overall item spawn rates on Erangel have been increased. Additionally, we’ve increased the spawn rate of some major weapon classes.

Due to item changes this patch, including merging some attachments together, there is naturally a gap left in spawns which needs to be filled with other items. Because of this, we have increased the spawn rate of other items evenly. This will also result in a small increase in spawns of high priority items such as ARs, meds etc.

This also means the overall loot for other maps has also increased slightly, although no changes have been made to individual item spawn ratios on other maps.