Today’s Smash Direct may have brought disappointment in the form of yet another Fire Emblem character, but it also brought some surprise additions to Super Smash Bros. Ultimate’s lineup via the fifth pack of Mii Fighter costumes. These include a Smash Bros. Ultimate Cuphead costume and more, available for the usual $0.75 each. We’ll break down each of the announced costumes and the costume pack’s release date below. 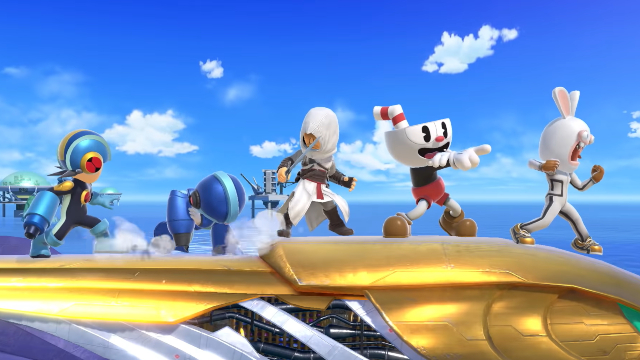 Capcom got two new Mega Man series costumes, with both Mega Man X’s X and Mega Man Battle Network’s MegaMan.EXE. Both of these outfits are exclusive to the Mii Gunner. The DLC’s final costume is that of Cuphead’s titular protagonist, Cuphead. Much like the previously added Undertale Sans costume, the Cuphead outfit is a rather convincing one — complete with Cuphead’s signature finger gun — essentially turning the Mii Gunner into the character. Purchasing the Cuphead costume also gets you a musical track from his game.

All of the new Mii Fighter costumes will be available January 28, 2020, the same day as the new Byleth fighter.

Smash Ultimate Fighter Pass 3: Will there be a third pass?

Does a new foe appear?
2 years ago

What Super Smash Bros. Ultimate DLC will be shown at Nintendo Direct February 2021?

The platform fighter is getting yet another character.
News 2 years ago

How to increase the timer in Super Mario Bros 35

Prolong your survival!
Games 2 years ago