Fallout 76 is coming to Steam, and it’s slated to arrive soon. It’s been a long time coming, but the developers have at last finalized plans to bring the game to Valve’s popular games service. When does Fallout 76 arrive on Steam, and what new content will be available when it arrives? Read on to find out more about the Fallout 76 Steam release date.

What is the Fallout 76 Steam release date? 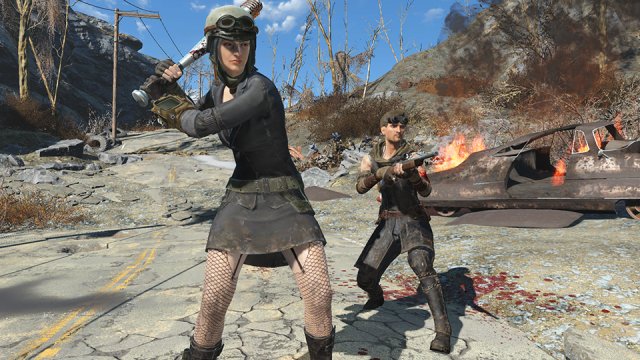 The Fallout 76 Steam release date is set for April 7. The launch date of Fallout 76 on Steam corresponds with the release date of the free Wastelanders expansion, which notably adds proper NPCs into the post-apocalyptic game.

Fallout fans have been waiting for Fallout 76 to come to Steam for quite some time. The game originally launched in November of 2018, and was available on PC exclusively through the Bethesda Game Launcher. Needless to say, many series followers weren’t pleased that the game wasn’t available through Valve’s digital distribution service. Of course, that controversy wouldn’t be the only blight in the game’s history.

Unfortunately, the developers at Bethesda have indicated that not all features will transfer from Bethesda.net to Steam. Neither Atoms or Fallout 1st memberships will make the jump. Likewise, any Atoms players earn will be locked to the platform on which they were earned. As such, players will essentially have to choose between Bethesda.net and Steam.

Regardless, Fallout 76 is coming to Steam soon, and with it, players can check out the free Wastelanders expansion. Sometimes referred to as the NPC update, Wastelanders will finally add voiced NPCs into the game’s otherwise-barren landscape. While the idea of only having human players populate the game was novel, it resulted in something that just felt empty at times. As such, the Wastelanders expansion stands to give the game some much-needed personality.

Those who haven’t yet picked up the Fallout-themed online RPG can check out the game when Fallout 76 releases for Steam on April 7, 2020.

Is it finally coming in for a landing?
Games 2 weeks ago

Will There be a Final Fantasy 16 PC Release Date on Steam?

Will Sons of the Forest Get a PS5, PS4 Release Date?

Sons of the Forest PS5, PS4 speculation.
Games 3 weeks ago