Apex Legends Devotion Nerf | Has the LMG been nerfed? (Season 6)

Has the Apex Legends Devotion LMG been nerfed? Following the game’s latest Season 6 update, players have been wondering if the LMG weapon has been nerfed. It appears as though the gun is weaker than it was before, and given that it is more widely available as floor loot nowadays, some deemed it too powerful. Read on to find out if there has been an Apex Legends Devotion nerf or not.

Discover below if the Devotion LMG has been nerfed or not in Apex Legends Season 6.

Was there an Apex Legends Devotion nerf? | Has the LMG been nerfed? (Season 6) 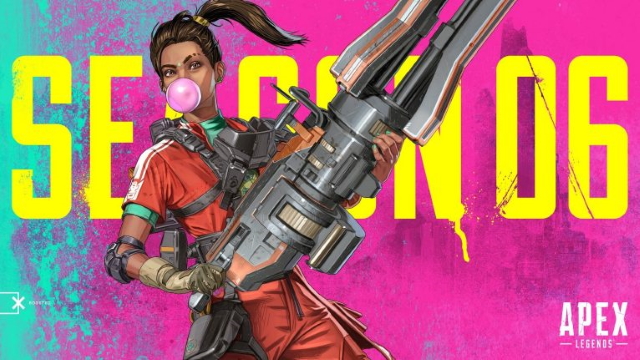 Yes. The Devotion LMG has been nerfed in Apex Legends Season 6. This is because the weapon was made more widely available than it was before, moving from supply drops only to also appearing as floor loot. Following the August 20 update (H/T: Reswpawn Entertainment on Trello), the Devotion LMG is less powerful than it was before and less likely to appear as floor loot. This is a quick turnaround considering the Season 6 update was on August 17, 2020.

The Apex Legends Devotion nerf is as follows:

These are just a few adjustments to the weapon, which the development team plans to alter some more. As of writing, we don’t know what else is planned for Devotion. All we know is that more changes to the weapon are on the way, eventually.

For now, you’ll have to make do with a slightly less powerful Devotion LMG in Apex Legends. Time will tell if its nerf impacts the gun in a big way or not. At least there’s a Bangalore Heirloom and Caustic Heirloom on the way. It’s nice to have something to look forward to in the days of nerfs. Time to get the most out of the Devotion while you still can, we think.

Some players are reporting a bug in Apex Legends that’s preventing their currency from loading. That means that Apex Coins…
Games 5 months ago

Apex Legends Self-Revive Removed: Will It Ever Come Back?

Will the self-revive ability ever return to Apex Legends?
Games 5 months ago

Apex Legends Mobile Cross-Progression: Can You Sync EA Account for Skins and Other Cosmetics?

Fans are wondering if Apex Legends Mobile features cross-progression across platforms. Given the investment you have to make to unlock…
8 months ago