The world of Genshin Impact is huge, with mysterious items littered about the land of Teyvat. At a certain point players will reach a quest called Treasure Lost, Treasure Found. For this mission they’ll have to enter the ruin and search for Strange Jade Plates. Of course, these items are well hidden, and uncovering their locations will take some effort. Fortunately, we’re here to help. 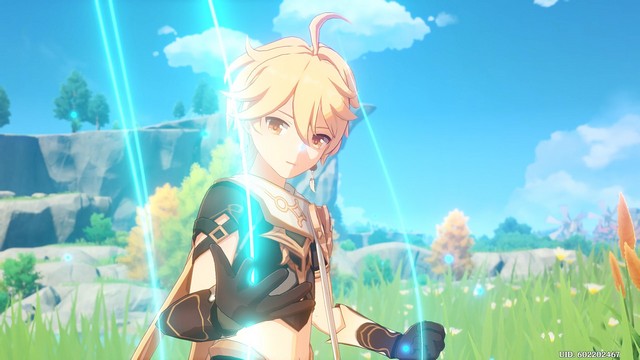 The Treasure Lost, Treasure Found quest is a long mission that eventually requires you to enter the ruin and search for Strange Jade Plates. Strangely, you won’t actually have to enter any ruins; you’ll only need to approach the central area and interact with the round mechanism.

The first ruin can be found around the Qiongji Estuary in Liyue, just a short travel south of Wangshu Inn. Check out the map below if you need a reference point. Once you arrive, interact with the glowing ruins to find the first of the Strange Jade Plates.

With that done, turn south again and head toward the central Guili Plains, north-northeast of Luhua Pool. The ruins are just a short ways west of the shoreline. Once you spot them, dispatch any nearby enemies and claim the second Strange Jade Plate. The third plate is even farther south. To get there, you can fast travel to the Sea of Clouds waypoint. From the fast travel point, look over the edge of the cliff to spot the ruins below. Rinse and repeat: Take out any nearby enemies and investigate the ruins to reveal the third plate.

The final destination is in the shambled structure northeast of Luhua Pool. The spot you’re looking for is just across the broken bridge, not far from where you can find one of Vermeer’s Paintbrushes in the Luhua Landscape quest. Defeat the nearby baddies and inspect the mechanism to claim the final Strange Jade Plate.

Where to find the final ruin

With all four plates in your inventory, return to Soraya and speak with her. She’ll task you with finding the final ruin, which is tucked away in the Guili Plains next to a circular pool of water. Look at the map below to discover its location. Inspecting the central mechanism will initiate a fight with three huge golems as well as a number of smaller baddies. This won’t be an easy battle, so take your time and play carefully. Once they’ve been taken care of, you can activate the mechanism to drain the water in the pool, revealing a cache of three treasure chests.

In reward for your efforts, you’ll receive Adventurer’s Experience as well as a handful of items such as weapons, artifacts, and ore. The precious chest will also contain an Apprentice’s Note lore item.

After all that’s said and done, head back and speak with Soraya. Doing so will complete the Treasure Lost, Treasure Found quest and unlock the Interview with a Bygone God achievement.

Is Tower of Fantasy a Ripoff or Clone of Genshin Impact?

Tower of Fantasy is a hot new free-to-play game that many people are comparing to Genshin Impact. Given that the…
Games 6 months ago

Genshin Impact: Where to find Apples

There are several missions and challenges in Genshin Impact that rely on specific items. Some items are rare, some are…
Games 2 years ago

Answer me this.
Games 2 years ago

Hide and seek.
Games 2 years ago