The Better Call Saul series finale release date and time are finally here for Netflix and AMC. The last episode of the sixth season entitled “Saul Gone” will be both written and directed by none other than Peter Gould. Recent events reveal that Saul, as the Cinnabon manager of Gene Takavic, can’t seem to shake his inner conman, no matter how hard he has tried to lay low after the events of Breaking Bad. But with “Saul Gone” being the title of the season 6 episode 13, will Saul survive by the end?

When is the Better Call Saul series finale release date and time? 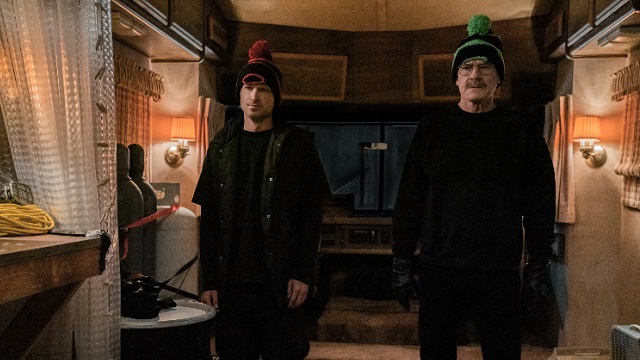 The Better Call Saul series finale will be broadcast on August 15, 2022, first on AMC and AMC+ at 6 PM PT before Netflix is allowed to air it six hours later. And here is a list of release times for international time zones:

To be clear, this only applies to Netflix in some regions outside of the US. But after the finale airs, it’s only a matter of time before the sixth season is uploaded on the streaming service in the States. AMC just wants to make sure that it gets the viewership first.

So as not to spoil anything about the penultimate episode “Waterworks,” here’s a quick recap of “Breaking Bad.” First off, the episode title is a great callback to Breaking Bad where the episode when Walter White met Saul Goodman was called “Better Call Saul.” We see an extended flashback of Saul figuring out Jesse and Walter’s duo act in dealing blue meth on the streets and becoming a part of their operation, despite Mike’s warnings against working with people unfamiliar with the drug trade.

From “Nippy,” it’s clear that Saul (as Gene) wants to make a comeback, calling Francesca only to discover that the feds have found his hidden money and that there’s no one left to really help him. The only good news is that hears that Kim is apparently still alive and worried about him. Unfortunately, after calling her, he is dismayed and angry before storming off on a new identity theft con with the taxi driver Jeff, who he blackmailed earlier. The scheme works, but Jeff’s friend Buddy aborts the operation after learning that one of their victims has cancer. Gene doesn’t care, though, and breaks into the victim’s house before episode 11 abruptly goes to black.

Will this end in Saul’s ultimate demise? We’ll have to watch the finale to find out.

For more guides, here are the release dates and times for The Devil is a Part-Timer season 2 episode 5 release date and time for Crunchyroll, and Uncle From Another World episode 6 on Netflix.

Harry & Meghan Episode 4 Release Date on Netflix: When is Volume 2 Out?

You Season 4 on Netflix: Release Date, Cast, Plot, and More

The Walking Dead Series Finale Ending Explained: What Happened to Michonne and Rick?

It was a dramatic final few moments.
TV 2 months ago