The new character designs added to the PUBG test servers have been criticized as “sleazy,” with the female avatars in the game wearing skin-tight underwear that draws attention to the genital area of their character models.

The new designs quickly began circulating on Twitter, showing how Bluehole have put in the effort to render an outline of the female genitalia through their underwear. This change was summarized best on Reddit, with a post discussing the new “feature” reading: “Female characters on the test server now have a camel toe.”

Also: Death Stranding: 5 Details You Might Not Have Noticed in the Trailer

The before and after shots of the female character model can be viewed below: 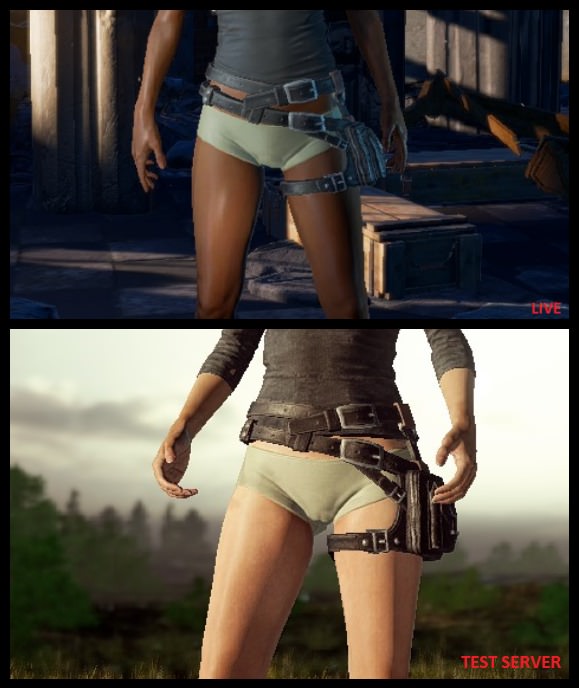 The PUBG test server introduces its new desert map, an overhauled UI and its new vaulting mechanic. However, the more “detailed” character models introduced to the game have only been added to its female characters, with its male characters not receiving the same treatment for their private parts. Some began questioning why Bluehole had not added a “bulge” to the male characters if they were so intent on spending time on its female avatars’ nether regions. 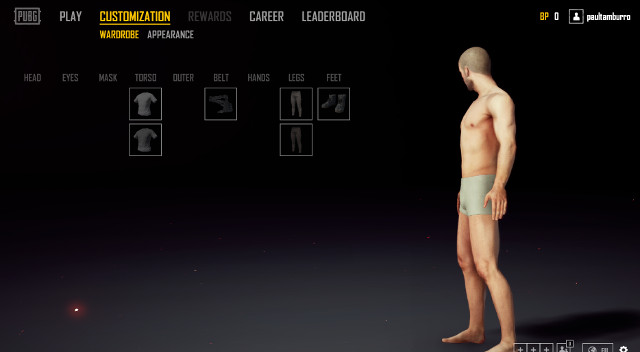 This new addition has been making waves on Twitter, with many confused as to why Bluehole felt the need to render the genitalia beneath its female avatars’ clothing:

It doesn’t look so bad off the main menu, but DANG that is a DEEP CRACK. Undies go right on up there, huh? pic.twitter.com/2xoUOEn6Lt

Bluehole hasn’t made it clear why the new character models look the way they do, nor why the female characters have received this extra treatment over the male characters. PUBG will officially leave Early Access for its full launch on December 20th, with it also coming to Xbox One on this date. It remains to be seen whether these, er, interesting design choices make their way to the full game.

Update: PlayerUnknown has apologized for PUBG’s update female character model, tweeting: “After looking into this, it appears it came as part of the character model we received from an outsourcer when we first started the project. The file itself has not been changed in 2 years. It will be updated shortly with changes! Sorry for any offense caused!”

A new battleground.
News 4 years ago