The Council Episode 3 Release Date Has Been Confirmed

History conspiracy adventure game The Council will be getting its third episode on July 24, for Xbox One, PS4 and PC. This episode is 3 of a total 5, first releasing on March 13 this year and continued launches planned throughout the remainder of 2018.

You play as Louis de Richet, son of Sarah Faustine de Richet and a member of The Golden Order, a fictional secret society which seeks out artifacts of the occult. The overarching mission of the game is to seek out your missing mother, Sarah, all while uncovering secret plots and weaving intrigue. In Episode 3: Ripples, characters will apparently reach their breaking point, and a “terrifying truth” will be uncovered. Screenshots that have been released of this episode see Louis wondering unexplored areas of the mansion where The Golden Order hold their meetings. 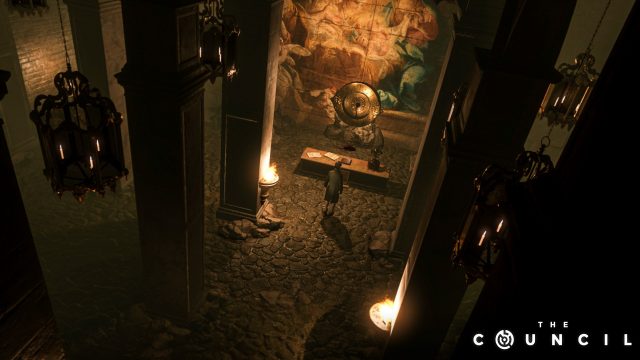 There’s a rather unique implementation of RPG elements in The Council. The gameplay comprises almost entirely of dialogue between various significant historical figures, with no combat to speak of. You choose one of three classes: Diplomat, Occultist, and Detective, each with different conversational specialisations. Characters you encounter, like the Pope to name an example, will have weaknesses and immunities to particular skills. The Pope, for instance, will have an immunity to Science, meaning attempts to use this skill to find out information from him will prove futile.

The Council has seen mixed reviews, likely on account of its rough-around-the-edges execution that seems to be indicative of games published by Focus Home Interactive. As with many of their other publications, however, there’s definitely a lot of charm here, and those that enjoy it really enjoy it. Episodes 1 and 2 are available now on Steam and for Xbox One and PS4, and you can buy episode 3 on July 26. Owners of the Complete Season or Season Pass will be able to play it on July 24.

I'm Astrid! Fellow journalist Alice Bell once described my aesthetic as "Neo-retro-revolutionary." I’m a news writer and video producer for Game Revolution, where my focus lies in the weird stuff and the controversial hot takes respectively. My favorite thing about working for Game Revolution is the fact that the word “Revolution” is in the name of the site, as well as everyone here being absolute units. My passion is in seeking out the oddities, as well as documenting the proliferation of labor rights in the games industry. I’m also a trans woman, and my tiredness knows no bounds.

The Council Review – Episode 1: The Mad Ones: The Next Step in Adventure Games

An adventure where your choices really matter.
Games 5 years ago

The Council Intrigues With a Narrative Heavy Trailer Released Today

George Washington and Napoleon Bonaparte star in this adventure mystery.
Games 5 years ago