Richard La Ruina’s Super Seducer is back. Super Seducer 2 is releasing September 12th 2018 on Steam. It’s set to “take the art of romance to the next level,” with ten times the budget of the original. The first game didn’t exactly go down well with players, but RLR Training, Inc. is hoping that this sequel does a lot better. It sounds like a lot more thought (and money) has gone into Super Seducer 2, which can only be a good thing. 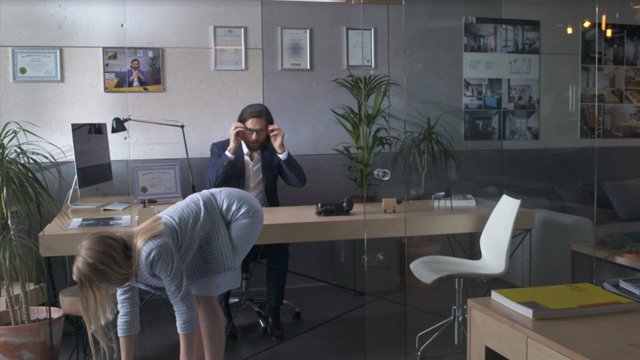 A fair number of people complained after the release of the first FMV dating game that it was too exploitative. RLR Training has told us that Super Seducer 2 “has cleaned up its act and is back to give players a new, inclusive and well-informed” experience. La Ruina teamed up with Charlotte Jones for the new Super Seducer. Such a move should improve “scenarios and commentary from both the male and female perspectives.” Indeed, Super Seducer 2 features both male and female dating scenarios. A move that the developer is hoping will improve the player experience:

“We’re excited to get back on board knowing that [the Super Seducer 2] creator has made conscious decisions to make the sequel more inclusive and avoid past missteps. Super Seducer 2 tastefully encaptures the importance adding a woman’s perspective, and, as the current political and societal climate shows only too readily, it is evermore important to educate what’s acceptable and unacceptable when interacting with potential love interests.”

If an FMV dating game sounds far too cringe-worthy for you, at least it’s nudity free. That should save a few blushes. The game’s developer also argues that Super Seducer 2 is a “comedic” game. “Players can work their mojo and either charm or disastrously fail.” If you “make the wrong moves” you’ll “be subject to over-the-top and hilarious game-over scenes!”

Is it just as spoopy?
Originals 2 years ago
0

A winning formula.
Tech 3 years ago

Do a barrel roll again!
News 3 years ago

"Riot is serious about changing the culture at the company."
News 3 years ago