Platinum Games has released a cryptic image featuring Hideki Kamiya along with a cryptic tease about The Wonderful 101. This might mean that we’re getting The Wonderful 101 on the Nintendo Switch in some fashion, either as a port, a remaster, or a sequel.

If you’re unfamiliar with Hideki Kamiya, he has a long list of credits in the gaming industry stretching back nearly 25 years. His works include Devil May Cry, Okami, Bayonetta, The Wonderful 101, and 2019’s Astral Chain. Now, it seems that Platinum Games and Kamiya-san might be teasing an upcoming game. Have a gander at a zoomed-in portion of the above picture: 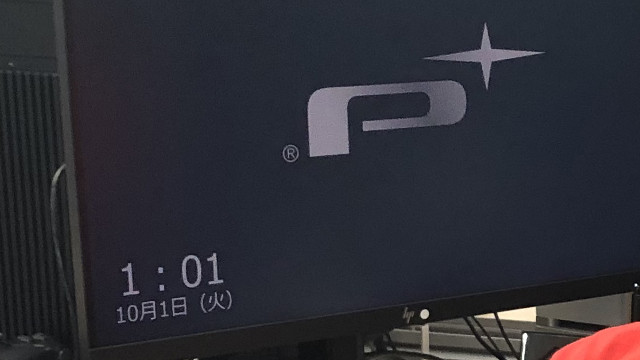 ALSO: As Nintendo Switch grows, the 3DS is probably dead

If you’re Japanese is a little rusty, the numbers on the bottom are the day and date. “10月”(10 Tsuki) is October and “1日” (1-nichi) is the first day of the month. Strangle, the last symbol “火” is used to represent Tuesday in Japan, but October 1 is a Thursday in 2020. In fact, October 1 doesn’t fall on a Tuesday until 2024, so that may be an intentional part of the hint or a mistake on the part of Platinum Games.

Of course, the other relevant bit is the time: 1:01. With the director of The Wonderful 101 in the picture and a Nintendo Switch, this picture can be interpreted as a cheeky tease about a port, remaster, or sequel for the console.

The original tweet is being thoroughly analyzed by Platinum Games fans. While there’s universal agreement that this has something to do with The Wonderful 101, there are several other items of note scattered throughout the image. These include:

While many of these things are probably just cool stuff on a dude’s desk, it should be noted that the Nintendo Switch itself isn’t necessarily a clue. After all, Hideki Kamiya is well-known for being a Tetris 99 fanatic, occasionally tweeting about it for nearly a year. It stands to reason that he would just happen to have his Switch with him at the time.

So, what’s happening with The Wonderful 101? It could be a port, a remaster, a sequel, or just a silly joke from Hideki Kamiya and Platinum Games. We really won’t know until they decide to tell us.

Prepping for that Platinum Games polish.
News 3 years ago

The Wonderful 101 Kickstarter wraps with all but two goals achieved

The Wonderful $2.2 million.
News 3 years ago

Not so wonderful for Xbox fans.
News 3 years ago