There have been rumors for a while now of a Dr Disrespect Mixer deal, but it seems that any such partnership is dead in the water. According to one esports analyst, The Two-Time has reportedly just signed off on a multi-million, multi-year deal with Twitch, holding off on any possibility of moving to Mixer. An official Dr Disrespect announcement about the deal is expected to arrive later today.

“[The] two-time @DrDisrespect has re-signed to Twitch in an exclusive multi-year streamer deal that is in the millions of dollars per year and is expected to be announced today, sources tell me[,]” said longtime esports insider and analyst Rod “Slasher” Breslau on Twitter.

ALSO: Why an online E3 2020 is the right move for the digital age

“DrDisrespect and several other [big-name] streamers including Pokimane who made her own announcement last week had re-signed to Twitch months ago, but Twitch and its most important creators had decided not to make official announcements until now, sources said[,]” he continued. “Twitch and DrDisrespect collaborated together on an announcement video which is expected to be shown off today, sources said[.]” 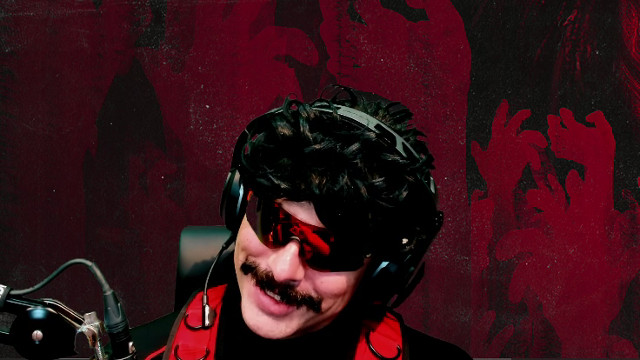 Although rumors about a Dr Disrespect Mixer deal have been flying around for some time, the Doc himself didn’t seem too keen on the platform.

“[Mixer claims] 30 million monthly active users, but that’s because all their Xbox users get default Mixer steams,” Dr Disrespect said back in October 2019. “Their engagement is extremely low, trust me. And in comparison to Twitch, the streaming platform, has extremely high engagement and session times. That’s how I monetize. By millions of minutes of content watched.”

While the Dr Disrespect Mixer deal is probably dead, the platform has already picked up several of Twitch’s former top streamers. One of these Mixer poachings was Ninja, one of Fortnite’s most popular streamers and undoubtedly one of the biggest streamers in the world.

An official announcement about The Two-Time signing with Twitch is expected to be revealed at 2:00 PM Eastern today according to the Doc’s Twitch channel. Although you won’t be able to see a Dr Disrespect Mixer debut, you can at least watch another guy that comes pretty darn close.

DrDisrespect and several other big name streamers including Pokimane who made her own announcement last week had re-signed to Twitch months ago, but Twitch and its most important creators had decided not to make official announcements until now, sources said

Update: Dr Disrespect has made it official.

DrDisrespect on Call of Duty Ban: ‘I Took It Personal’

"There are phonies working over there."
News 7 months ago

Is Dr Disrespect coming to Halo?
News 1 year ago

More and more Twitch streamers are making the move.
News 1 year ago

Pokimane is back and people are already mad.
News 2 years ago