Riot Games announced a brand new partnership with Xbox Game Pass during today’s Xbox and Bethesda Games Showcase 2022. This includes some major deals for its library of games including League of Legends and Valorant, which will both have all of their characters unlocked for players as part of the deal. 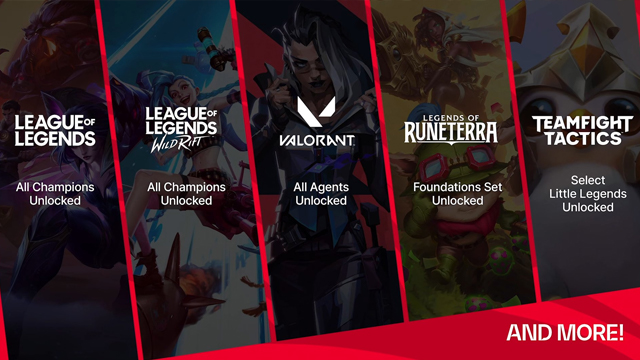 As revealed during the Xbox and Bethesda event, there will be a bunch of deals available to those who play Riot’s games through Xbox Game Pass. These deals include:

There will also be XP boosts available exclusively through Game Pass, though further details related to these boosts was not revealed.

This is big news for fans of Riot Games’ output, as the litany of characters available in the likes of LoL would typically rack up a small fortune for those who want to collect them all. It’s unclear how this system will work, with Game Pass subscribers potentially simply linking their Riot accounts to the service in order to gain access to the benefits.

Well, we weren't expecting that!
News 2 days ago