Nintendo has revealed Fire Emblem Engage, the next main installment in the Fire Emblem franchise, along with a release date and a Divine Edition at the Nintendo Direct presentation which aired earlier today. The game will release on January 20, 2023,. With gorgeous graphics and full 3D character models, the game will follow a group of young adventurers who seem to be part of a royal family revered as Divine Dragons. It also looks like they have been charged with collecting powerful rings across the land of continent to save the land.

What is in the Fire Emblem Engage Divine Edition? 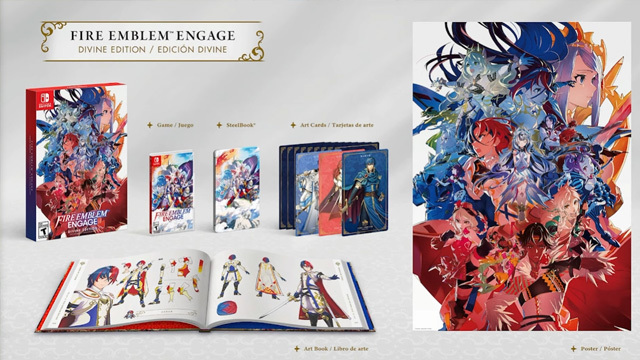 In addition to the Standard Edition, the Divine Edition looks to come with the following items:

It’s unclear at this time how much the regular edition and the Divine Edition will be, but we’ll likely know more when they’re available in the Nintendo Store. Hopefully, we’ll see pre-order entries available soon.

The last we heard of a Fire Emblem game was one that was rumored in June this year. It was apparently already finished and meant to release two years ago in time of the franchise’s 30th anniversary. Luckily, this seems to be that game exactly.

Prepare for the full experience.
News 2 months ago